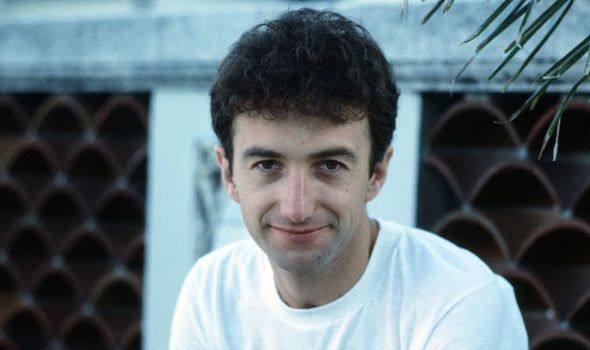 John Deacon spoke to fans on camera in 1994, although nobody knew at the time it would be his final official comments. With Brian May and Roger Taylor he recorded messages for the fans while they were in the studio in London putting the finishing touched to the album, Made In Heaven. From the friendly camaraderie and banter on display, nobody could imagine that he would have little to no contact with the other two for most of the next 25 years.

Much of that album had been recorded during Freddie last months, at the band’s studios in Montreal, Switzerland. It was a labour of love for the three surviving band members, although they admit here that it had seemed impossible at times.

May said: “Here we are in darkest Chiswick in 1994, trying to sort out the pieces of this supposed album which will contain the last things that Freddie did. So it feels quite strange, but we do still exist…”

At that point he turns to John who nods and murmurs in agreement.

May added: ” This is what we’re doing,” before indicating that it’s time for John to say something.

The eternally shy bassist grinned and said: “Hello, it’ s John Deacon here. Greetings from here in London. As usual I don’t know what to say so I’ll dry up now.”

Clearly used to it, May smiled and carried on, with one last adorable comment from John.

May said: “We’re thinking of you guys out there and that’s why we’re sending you this message… If this (album) ever comes out, please buy it.”

John smiled again and quickly added in: “And have a good time.”

Later in another clip is another short segment with John and Roger, which rather wonderfully opened with them laughing. Again, John is man of few words, simply introducing himself again and then leaving it to his bandmate.

Roger said: “We’re in the studio again, working away… and we hope you enjoy this album when we eventually finish it.”

After the album was released, John came back to the studio once more only to join his former bandmates in October 1997 for the recording of the final Queen song No-One But You (Only The Good Die Young), for the Queen Rocks album.

John made his last ever public appearance for anything related to Queen at the opening of the Bejart Ballet in Paris on January 17, 1997.

He played on one track, The Show Must Go On, with Elton John on lead vocals.

After that he retired from the band and the industry and has rarely been seen in public since.