Twenty years ago in June — just weeks shy of her 30th trip around the sun — Jennifer Lopez released her 1999 debut, On the 6. This summer the superstar not only celebrates her golden 50th, but decades of pop music prowess with her It’s My Party Tour, a 32-night run across the U.S. and Canada.

However Lopez’s party hit a snag this past Saturday in her hometown of NYC, where power outages swept Manhattan, cutting short her second night at Madison Square Garden. “Gonna take more than a city-wide blackout to shut us down!” she wrote on Twitter late that night.

Lopez emerged triumphant at Monday’s MSG redo. Dressed in a sheer single pant Versace bodysuit, ensconced in Swarovski crystals — “one-cheeked,” she said of her lavish birthday fit — she seemed wholly unbothered by the change of plans. Yet after opening with her funky 2019 single “Medicine,” she was quick to lay down the law with the relatively low-energy audience: “You gotta sing, you gotta dance, and you gotta have a good time! Them’s the rules!” 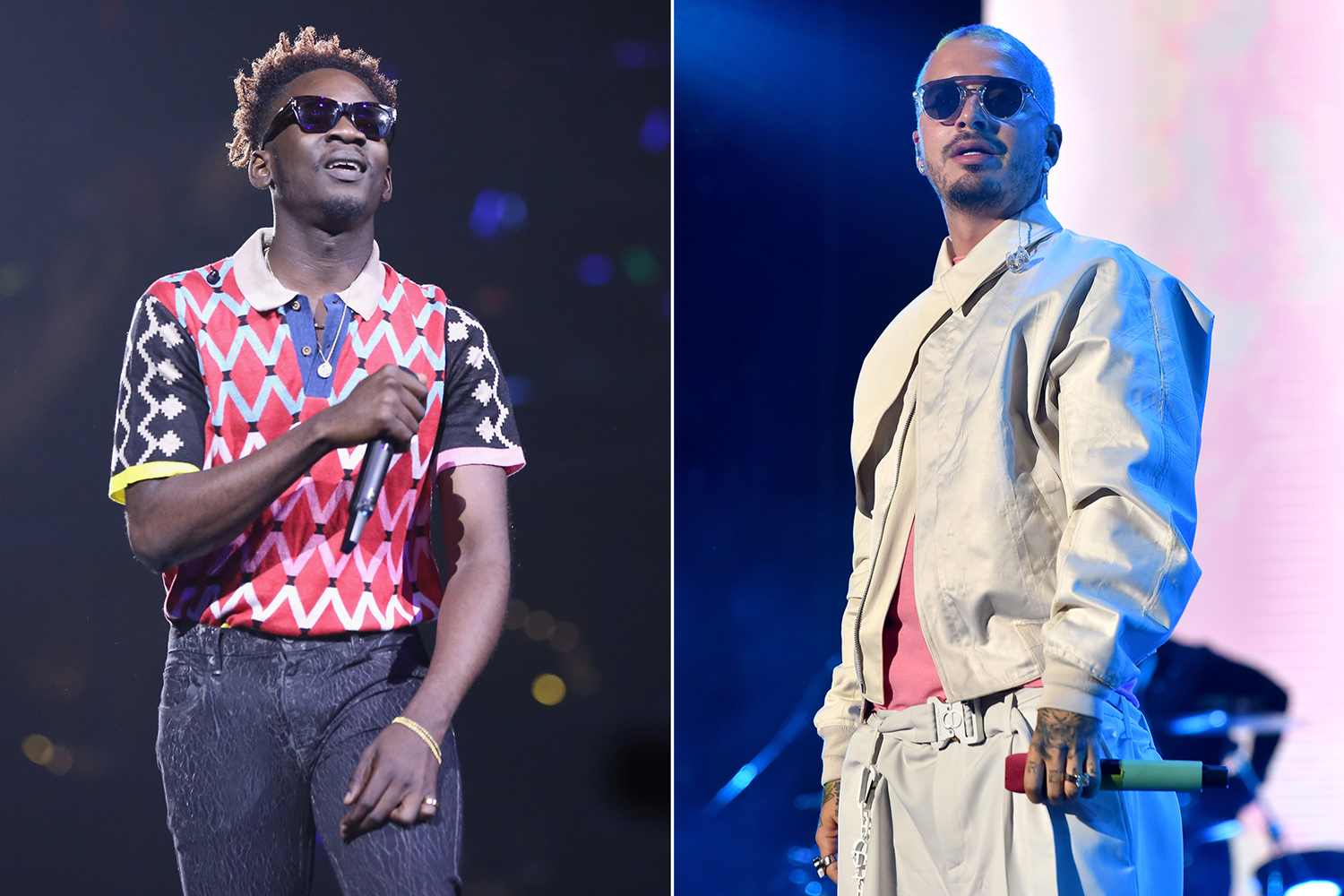 She reasserted her boss status during a special gangster-drag segment, opening with music from The Godfather. “There’s three things I don’t mess around with: my family, my party, and my money,” she mused, chewing on a cigar. “I’m from the Bronx. This is my party.” With her classic Fly Girl swagger, Lopez surfaced wearing a rhinestone fitted cap and sparkling white chaps — and behind her rolled out the gargantuan 6-train prop she made famous at the 2018 VMAs. (Unlike the real thing, it wheeled in right on schedule.) She peppered her gritty Bronx routine with some mom humor: “It takes a long time to bedazzle this baby,” she said before tossing her hat into the crowd. “It’s how I spend my Sundays!”

After her two-year stint in Las Vegas, Lopez has taken some of her showgirl techniques on the road. Last Friday, Lopez made headlines when she beckoned Carli Lloyd, captain of the U.S. women’s national soccer team, to the stage for a victory-lap dance. Lloyd, now a two-time FIFA World Cup champion, also celebrated her 37th birthday on July 9th. “You know what I like to do on my birthday? I like to give presents,” said Lopez to a softcore version of Jeremih’s 2009 song “Birthday Sex.” “I just feel like it starts off the year with the right kind of karma.”

Lopez repeated this salacious routine on Monday night for her fans — but instead of a soccer star, she ushered in a lucky civilian named Javier, who remained painstakingly composed as J.Lo and her tiger-print–clad dancers teased him to a smoldering version of 1999’s “If You Had My Love.”

After the girlie show, Lopez was quick to bring back a wholesome, family-friendly vibe. Rising from beneath a trap door in a fluffy red-tulle gown, Lopez brandished her oft-unsung vocal powers during two ballads: first a cover of Sara Bareilles’ “Gravity,” plus her own 2019 single “Limitless,” from her upcoming rags-to-riches film, Second Act. Dressed in a matching gown and cropped red sweatshirt, Emme, Lopez’s 11-year-old daughter, made a cameo appearance, and together the two shared a saccharine duet.

During the past two decades, Lopez has been a Latina who makes pop music, but rarely has Our Lady of the Bronx ever seemed truly settled in the Latin pop market. The Puerto Rican singer reminded her fans— at least those who’d been kicking it with her since 1997 — that she’d started her illustrious career by playing another Latina in film: the gone but not forgotten Tejana superstar Selena Quintanilla-Perez. “¿Hay Latinos aquí?” she shouted, stoking cries from her Spanish-speaking fan base before belting out Selena’s 1994 cumbia hit, “Si Una Vez” — hauntingly echoing the original diva’s soulful melismas — before she literally, at least suspended by cables, took flight.

It was during Lopez’s Latin medley that the lackluster crowd finally started to come alive. Lopez’s MC continued to ramp up the energy by playing a reggaeton and Latin-trap mix, featuring songs by J Balvin, Bad Bunny, and Ozuna — and culminating in J.Los’ own remix of the 2018 megahit “Te Boté.” The singer emerged coolly onstage in a pair of shades, spitting her feminist take on the machismo-addled breakup anthem.

Followed by a procession of Spanish-language hits, including “Te Gusté” and “El Anillo,” Lopez dialed the clock back to 1999 once more: In a neon-accented set best described as Area 51 in the jungle, Lopez fired up MSG with her Latin house masterwork, “Waiting for Tonight.” After a slew of Pitbull cuts, Lopez brought it all back home with a conga-heavy rendition of her Spanglish salsa-dance cut “Let’s Get Loud.” Written in a time when she could have easily been pigeonholed as a Latin pop star — never to be heard from again — the closing song resonated as a lasting testament to her versatility. As she once put in her 2001 song, “Jenny From the Block”: No matter where Lopez goes, she knows where she came from, and her career is all the better for it.