The chart-topping singer asked for her marriage with the charity entrepreneur to be dissolved at a court in Los Angeles. 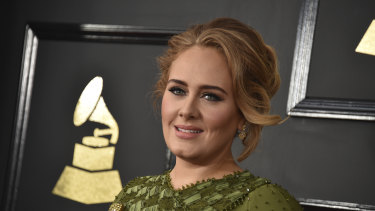 Adele has cited “irreconcilable differences” in her divorce from husband Simon Konecki.Credit:AP

The divorce filing listed "irreconcilable differences" as the reason for the split and said Adele, 31, is requesting joint and physical custody of the couple's six-year-old son, Angelo.

Spousal support and the separation of their assets and properties will be determined in mediation, according to the documents.

While there are no official figures, Tottenham-born Adele is believed to be one of the richest musicians in the world thanks to her chart-topping albums and world tours.

She had been dating Konecki since 2011 and it was widely reported they tied the knot in a secret 2016 ceremony, though the divorce filing lists the date as May 4, 2018.

The date of separation is yet to be determined, the papers added.

Confirmation of the multi-Grammy Award-winning singer's divorce comes five months after it was announced she and Konecki, 45, were separating.

Speaking at the time, a representative for the star said: "They are committed to raising their son together lovingly. As always they ask for privacy. There will be no further comment."