Taylor Swift's fans definitely know her all too well. That's why they think a major announcement is coming very soon, thanks to recent social media posts from the singer.

Sure, this might just be a case of everyone being bored in the house—and in the house bored—during quarantine. But this is Taylor Swift we're talking about, the queen of Easter eggs in videos, interviews, and photo shoots—so there's a case to be made.

It all started with a post by Swift on Instagram and Twitter. "Not a lot going on at the moment," she captioned a photo of herself at home on April 27.

Not a lot going on at the moment

The caption itself is a reference to the T-shirt she wore in the video for "22" from her Red album. 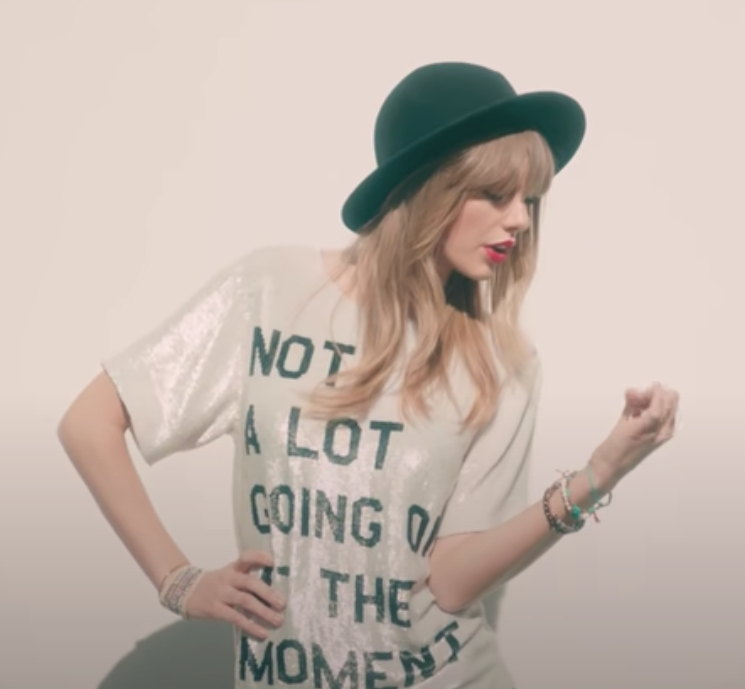 Now, this post seems simple enough—but it was all fans needed to dive in with theories. The first "clue" they noticed was the time the posts went up, 5:08 p.m. Add five and eight together and you get 13, Swift's favorite number, which could be a sign. Swifties also pointed out that the number could signify an upcoming date, May 8, for a major announcement, like new music or perhaps a new music video from the Lover album.

The number 58 is also referenced in the video for "The Man," when a moment is noted as happening "58 years later." Pair this with the running time for "Cruel Summer," which would make sense as Swift's next Lover single: Two minutes…and 58 seconds.

So what does it all mean? If "58" was first spotted in a music video, then it's plausible Swift's new posts hint at a new video coming—maybe for "Cruel Summer." The video could have easily been planned and shot before the quarantine, and May 8 might've always been the planned release date. Others noted that the reference to "22" could also suggest a "Cruel Summer" video, as it's the second track on Lover. (And remember, the running time is two minutes and 58 seconds.)

The evidence—and Swift's history of clue-dropping—does certainly point to something happening on May 8.

We always love a Taylor Swift Easter egg mystery, but during quarantine, it's even more fantastic. Is it May 8 yet?