Chart-topping sensation Harry Styles has been offered a whopping £1million payout to perform at a private New Year’s Eve party at a luxury hotel on Miami Beach.

The 27-year-old will headline Capital One Beach Bash on December 30 which is a free concert as part of the Orange Bowl celebration.

But according to reports from The Sun, the promoter then offered Harry to play the following evening at the Fontainebleau hotel in the heart of "Millionaire’s Row".

Speaking to the publication, a source claimed: "Harry couldn’t believe his luck being offered £1million to sing a few songs. He’d get to stay in opulent luxury on Miami Beach. What’s not to like?"

However despite the grand gesture, last night a source close to the former One Direction star reportedly said he has no plans to do the private gig.

Once Harry finishes at the Beach Bash, he is set to fly to LA to be with actress lover Olivia Wilde, 37, who was seen recently in a jacket from his tour.

The last time the Watermelon Sugar singer tried to perform for football fans in Miami it unfortunately didn't go to plan.

However, the Miami Fire Department pulled the plug on the show due to terrible weather conditions and thunderstorms that rolled through the city at the time.

The storm caused havoc and flooded the venue, leaving fans to find their own way home on one of the weekend's busiest nights. 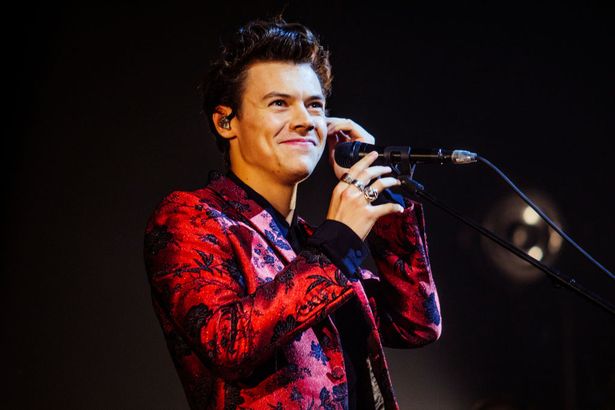 Harry has certainly been busy these last few months as he's been in Italy filming for My Policeman, where he plays a cop who has a gay affair.

The upcoming romantic drama film directed by Michael Grandage is based on the novel of the same name which was written by Bethan Roberts.

According to reports, Harry and Emma – who previously played Diana in The Crown – already knew each other when she was introduced to the performer at his gig in 2019.