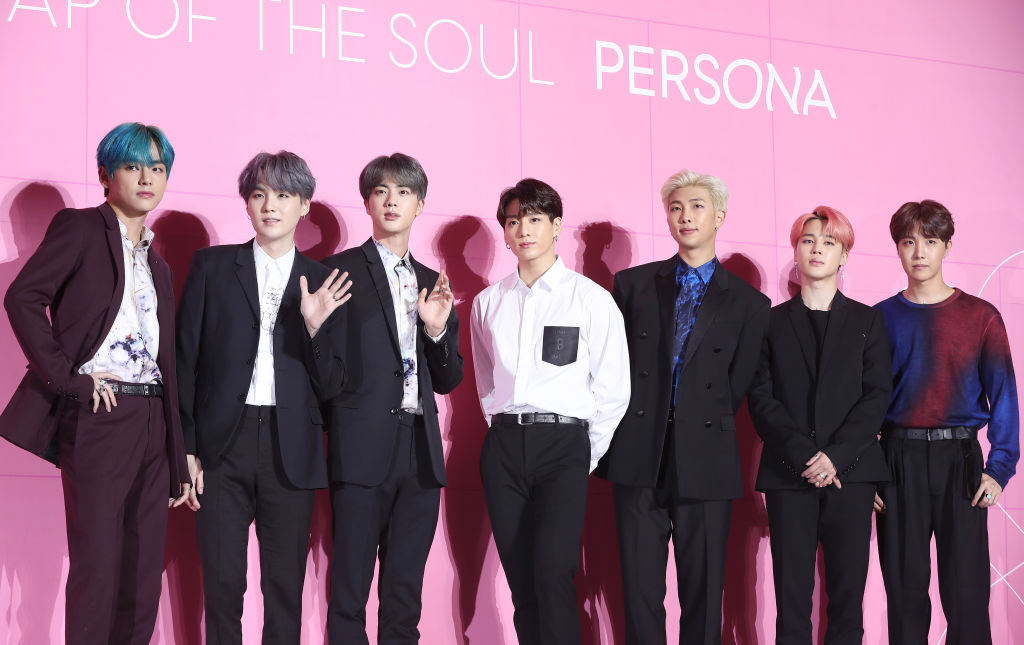 BTS’s one-month hiatus is officially over. The group is currently filming an international project that fans suspect is the fourth season of BTS: Bon Voyage. BTS ARMY also suspects a BTS album comeback could happen at any moment. Fans have theorized everything from the album name, release date, and comeback stage.

For months, fans speculated BTS would release their next album in October 2019. So far in 2019, BTS released their EP Map of the Soul: Persona and the BTS World: Original Soundtrack album. BTS also released the Japanese single “Lights” and the Japanese version of “Boy With Luv.”

BTS typically releases multiple albums a year, and so far the group has only had one comeback in 2019. Based on BTS’s tour schedule and the fact BTS released Map of the Soul: Persona in April, fans began theorizing October would be the release month for their next comeback.

Several other K-pop groups including Ateez and TXT have comebacks in October. TWICE also has an upcoming comeback and SuperM’s debut album drops Oct. 4, which was a rumored release date for BTS’s unconfirmed comeback. BTS’s agency Big Hit Entertainment manages TXT and delayed their comeback from September to October, so some fans wonder if BTS’s comeback is delayed until November.

“Here’s what I’m thinking now, Oct. may still be the comeback month (I’ve always theorized the 25th) BUT bighit had to postpone txt’s cb to late October so that may not happen, unless ‘late Oct.’ means the middle of it to bighit. This may mean, the cb for bts will now be in Nov.,” a Twitter user theorized.

BTS could perform new songs at Love Yourself: Speak Yourself [The Final]

Fans’ theories intensified when BTS went on a hiatus in August 2019. Big Hit Entertainment announced BTS would not perform publicly again until October 2019 when their Love Yourself: Speak Yourself tour resumes. This would let BTS use the last leg of the tour as their comeback stage.

The group’s current tour concludes with three performances of Love Yourself: Speak Yourself [The Final] in Seoul on Oct. 26, 27, and 29. If fan theories are correct, BTS could promote a new album like they did with The Wings Tour: The Final. This means BTS would release a new album sometime in October before the last tour dates.

Fans suspect BTS might use Jingle Ball for their comeback stage

When BTS’s hiatus ended, reports spread that BTS will perform at iHeartRadio Jingle Ball 2019 in November. While those reports are not confirmed, BTS fans suspect Jingle Ball could also serve as BTS’s comeback stage for a new album. This also supports fans’ theories that BTS will have a comeback in November.

“bts’ comeback could be confirmed at legitimately any time now. concept photos can get released. album cover may be released. mv teasers too. new tour dates could be added. jingle ball may be their comeback stage. at. any. t i m e. you guys we-,” a fan wrote on Twitter.

BTS ARMY thinks the album will be called ‘Map of the Soul: Shadow’

BTS’s Love Yourself series consisted of three albums. While the music spanned different genres, all of the albums had a connecting theme. BTS fans suspect Map of the Soul: Persona is the first of their new series. The rumored name for the next album in the series is Map of the Soul: Shadow.