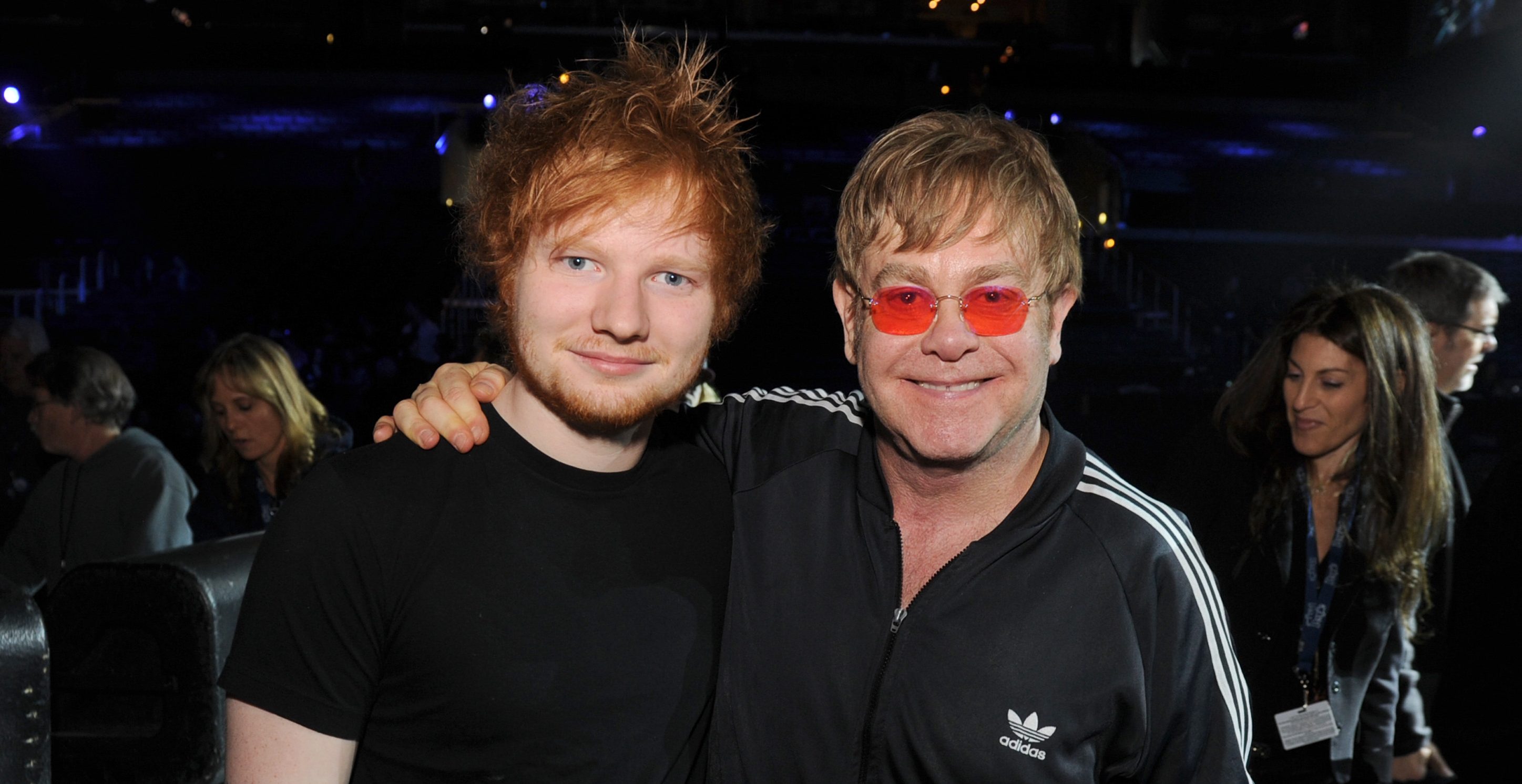 Ed Sheeran is actually calling for fans to stop buying and streaming his own song so Sir Elton John can get to number one this week instead.

The Shape Of You hitmaker is currently enjoying his fourth week atop the UK charts with his latest single Shivers.

However, Sir Elton is racing up the charts with his Dua Lipa collaboration Cold Heart according to the Official Charts Company midweek update.

It would be the first time in almost 20 years that the music icon claims a number one and Sheeran is desperate to see him return to chart glory.

In a tweet on Thursday, the hitmaker generously tweeted: ‘@eltonjohn is so close to knocking me off the #1 spot in the U.K.

‘It will be his first number one in almost twenty years and I really want it to happen.

‘Please go buy/stream/download Cold Heart with @dualipa now, 15 weeks at #1 was more than I ever expected anyway, love you all.’

He added: ‘Who doesn’t wanna be knocked off by Elton anyway.’

The 30-year-old included a black and white photo of him posing with Sir Elton.

Earlier this week, Sir Elton set a new record as he became the only act to secure a top 10 single in the UK charts across six different decades. He overtook musicians including Elvis Presley, Cher, Sir Cliff Richard, Michael Jackson and David Bowie, who all achieved top 10 tracks across five decades.

Sir Elton, 74, has achieved 33 top 10 singles across his career, making his debut on the chart in 1971 with Your Song, which reached number seven and later re-entered in fourth place in 2002.

The 1970s has proved to be his most successful period, landing 10 singles in the top 10 including Rocket Man, Don’t Go Breaking My Heart and Are You Ready For Love.

His last number one came in 2005 when he featured on Tupac’s posthumous track Ghetto Gospel.

Sir Elton doesn’t have much longer to find out if he’s earned his first chart-topper in two decades, as the new UK singles chart is released tomorrow.