ARMY stays winning, because there is truly no rest in the BTS fandom. On Dec. 14, BTS performed the first night of the Japan Official Fan Meeting Vol. 5 [MAGIC SHOP] in Osaka. After the fan meeting, RM and V each held VLIVE livestreams to talk with fans. 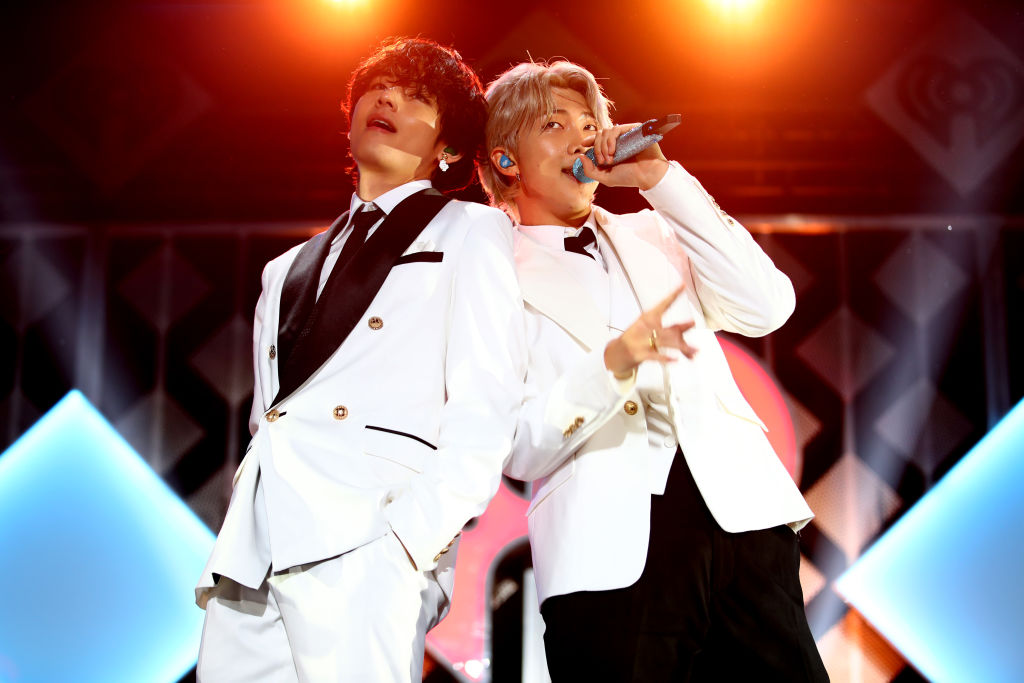 One of the biggest takeaways from RM’s livestream is how many pairs of Airpods the rapper has lost. During the VLIVE, RM revealed that he has lost 33 sets of Airpods. After the revelation, fans could not believe the amount of money RM has spent replacing the Airpods.

A fan tweeted, “NAMJOON REALLY CLAPPED WHEN ARMY SAID THEY LOST THEIR AIRPODS, THEN HE SAID LOST 33 PAIRS AND IS ON HIS 34TH, PLS WHAT KIND OF RICH IS THIS?!!”

As RM answered fans’ questions and comments, one ARMY told RM he was their ideal type. The rapper seemed absolutely shocked by this statement.

After RM’s shocked reaction in the VLIVE, BTS fans were beside themselves. Fans could not believe that RM does not recognize all the qualities that make him attractive.

“i think the fact that namjoon is shocked by and doesn’t know how many ppl consider him their ideal type is absolutely criminal and should be rectified immediately,” a fan tweeted.

“namjoon acting so surprised when someone called him their ideal type, as if he doesn’t already know that he’s the finest specimen of the male species,” tweeted a fan.

The rapper thanked ARMY for supporting him

At the end of the VLIVE, RM thanked BTS fans for their love and support. RM is known for his heartfelt speeches, and he always makes fans feel loved in return.

“[ARMY’s] love is always greater than I deserve and something I’m always thankful for,” RM said according to a fan translation. “Even with the thought ‘let’s not be too sad even if they leave my side,’ I’m not deterred in my belief that each minute, each second, is happy and precious.”

The rapper ended his mini-speech by wishing fans health and happiness.

“For all of those watching, I’d like for you to be well and at peace, to have good health, and to be able to find the key to your door of happiness in the new year,” he said.

V hosted a VLIVE for BTS fans after RM

RM titled his VLIVE “It’s really been awhile” along with two laughing emojis. V hosted a livestream right after RM and titled his, “It’s been awhile for me too.”

During the livestream, V talked about his life from the past few months with ARMY. He told fans about the decision behind perming his hair, what food he’s eaten in Osaka, and that he has not been working out recently.

One fan asked V to play music during the VLIVE, and V revealed he is currently working on a Christmas song with Adora. V played a part of the song for fans to listen to as a sneak peek, and then told ARMY he planned to release it for free on SoundCloud.

“TAEHYUNG PLAYED A CHRISTMAS SONG HE DUETTED WITH ADORA ON AND SAID HE WOULD LIKE TO RELEASE IT ON SOUNDCLOUD FOR EVERYONE TO HEAR IT,” one fan tweeted.

In BTS, V is unapologetically himself. The singer also regularly defends the members of BTS and insists that fans should love all seven members equally. If there is ever any inappropriate fan behavior, V usually calls out fans and asks them to be respectful.

During the VLIVE he hosted, V mentioned a sensitive topic involving people tracking BTS’s flights. V told ARMY that some people track BTS’s flight information and book seats to be near them. He then told fans tuned into the livestream that people doing this make him feel uncomfortable.

“Honestly we want to ride planes too, but whether we ride for a long distance or short distance, knowing we take them, there are people who sit in seats in front of us or at our seats,” V said according to a fan translation.

He continued, “And we were kind of – mm, really uncomfortable because we weren’t able to rest comfortably in a private area such as that.”

V then told fans that people doing this actually scary for BTS.