They are two of the biggest and undeniably greatest bands in history. Queen and The Beatles both transcended music genres and crossed borders worldwide. Both bands are arguably as influential now as they ever were.  Most unusually, both groups also had four members who all individually wrote major hits. Yet, Brian May says there is one thing The Beatles were never able to do.

May is currently busy preparing for a huge North America stadium tour of Queen + Adam Lambert. John Deacon is no longer a part of the group but Lambert has stepped into Freddie’s shoes to keep the dream alive.

May keeps everyone regularly updated on Instagram and posted an exciting description of what fans can expect as long as comparisons between Queen and the Beatles.

He wrote: “We’ve now put in 6 days solid production rehearsals for our QAL tour of North America and Beyond. Long days, hammering out new pieces of action – and interaction between us, the performers, and the massive and highly sophisticated beast which is our touring rig. Sound, lights, staging, moving parts, video content, magic tricks, monitoring, costumes, and … MUSIC !!! 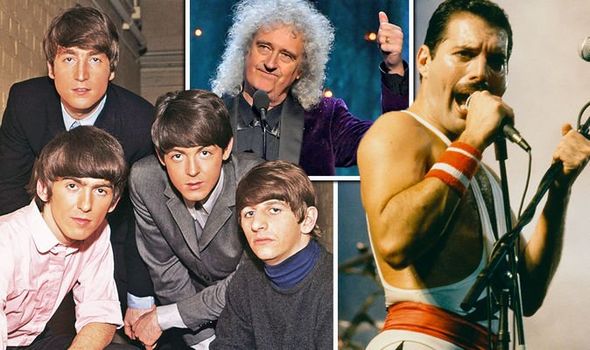 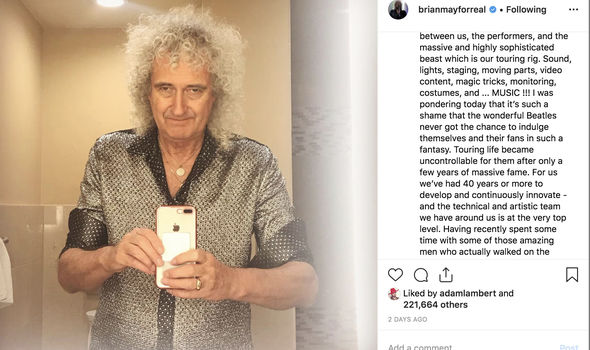 But he expressed his sadness the world never saw the Beatles in action like this.

May added: “I was pondering today that it’s such a shame that the wonderful Beatles never got the chance to indulge themselves and their fans in such a fantasy. Touring life became uncontrollable for them after only a few years of massive fame.

“For us, we’ve had 40 years or more to develop and continuously innovate – and the technical and artistic team we have around us is at the very top level.” 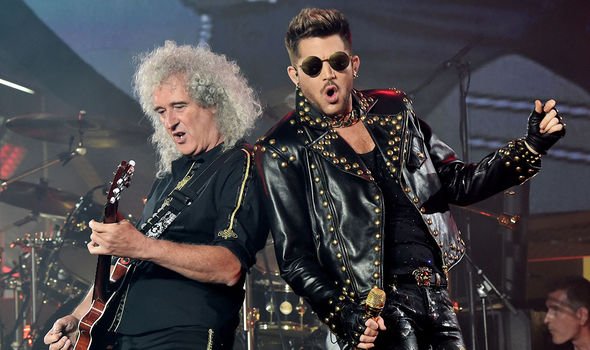 The Queen + Adam Lambert tour kicks off in Vancouver on July 10 and the 23-date extravaganza wraps up at Charlotte, North Carolina on August 23.

UK fans will need to keep fingers firmly crossed. There are no European dates at all. Yet.

From January the tour will also take in Japan, Korea, Australia and New Zealand.