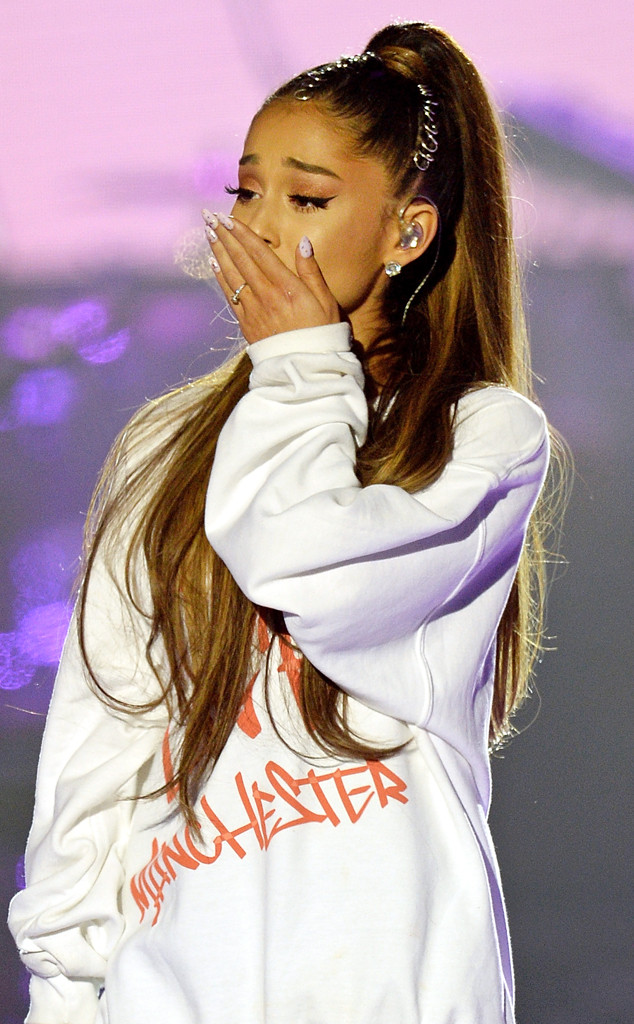 As the third anniversary of the Manchester Arena bombing approaches, Ariana Grande is keeping those impacted close to her heart.

On May 22, 2017, 22 people were killed and hundreds more injured after a terrorist detonated a bomb as fans were leaving the pop star’s concert. Taking to Instagram on Wednesday, Grande shared a message of solidarity.

“I want to take a moment to acknowledge and send my love to everyone that is feeling the sadness and tremendous heaviness of the anniversary coming up this week. Not a day goes by that this doesn’t affect you and all of us still. I will be thinking of you all week and weekend,” she wrote.

“My heart, thoughts, prayers are with you always.”

It marked her first time performing there since she co-organized a massive benefit concert honoring the victims and survivors of the attack. 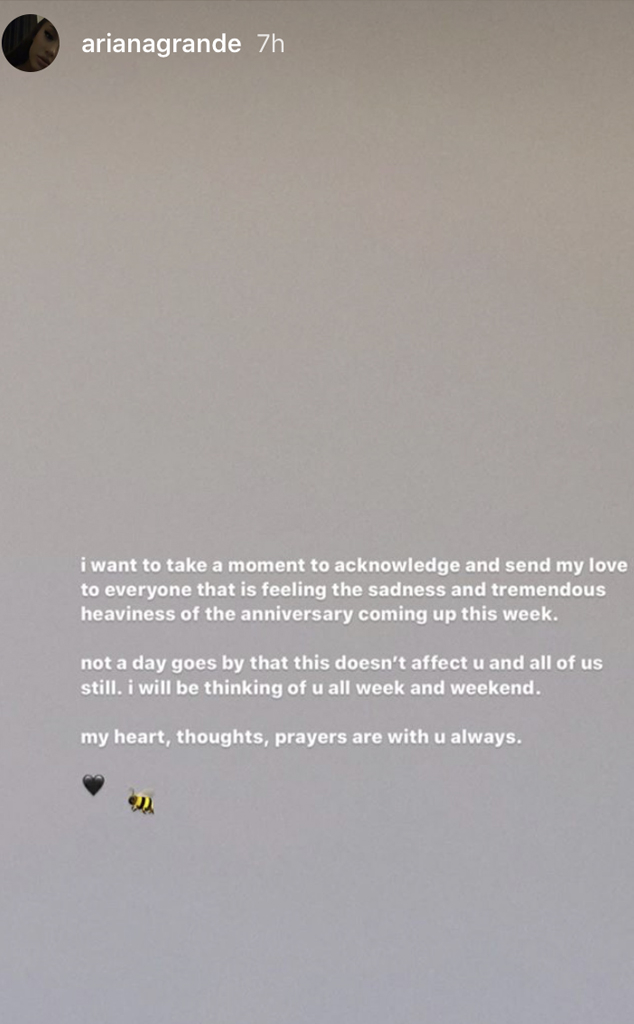 Over the years, Ariana has publicly memorialized the tragedy in many ways.

In a letter written by the songstress for her Dangerous Woman docu-series, Ariana said in part, “When something so opposite and so poisonous takes place in your world that is supposed to be everything but that… It is shocking and heartbreaking in a way that seems impossible to fully recover from.”

“The spirit of the people of Manchester, the families affected by this horrendous tragedy, and my fans around the world have permanently impacted all of us for the rest of our lives,” Grande wrote in her letter.

“Their love, strength, and unity showed me, my team, my dancers, band, and entire crew not to be defeated. To continue during the scariest and saddest of times. To not let hate win. But instead, love as loudly as possible, and to appreciate every moment. The people of Manchester were able to change an event that portrayed the worst of humanity into one that portrayed the most beautiful of humanity.” 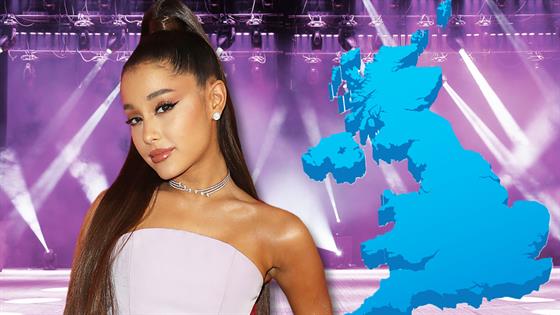