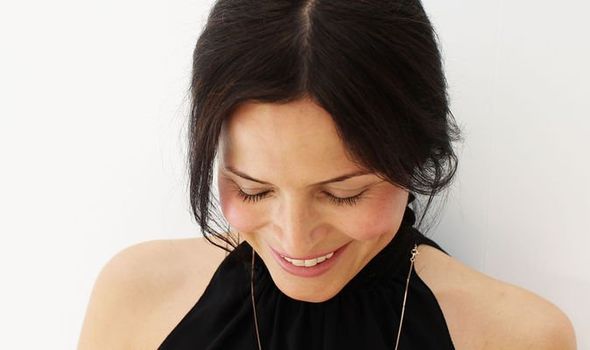 Andrea Corr received that unsettling accolade at the height of The Corrs’ success, when the much-loved Irish family band bombarded the charts with hit after Top 10 hit. With her deep brown eyes, elfin face and perfect cheekbones, the raven-haired singer turned heads quicker than Regan on The Exorcist. But she has always hated that tag. “I was shocked by it,” she tells me. “I certainly wasn’t feeling like it deep down. I knew the people saying it hadn’t really seen me.”

Andrea found fame “a bit overwhelming, because of the aesthetics of it; people focused on what you look like and that’s not healthy. It felt like everywhere there were mirrors, it made me feel self-conscious”.

She adds: “God knows what it’s like now. We were lucky we were before social media.”

She was marketed as part-waif, part-siren. “I was very shy about that exposure. The music was the point.”

Andrea, 46, laughs easily – not least when she mishears my question about her late parents. I’d asked if they were strict. “What?” she says, appalled, adding with a chuckle. “Ah, strict! I thought you said stripped. That’s a totally different answer.

“My parents were quite strict but I got away with a lot because I was the baby.” 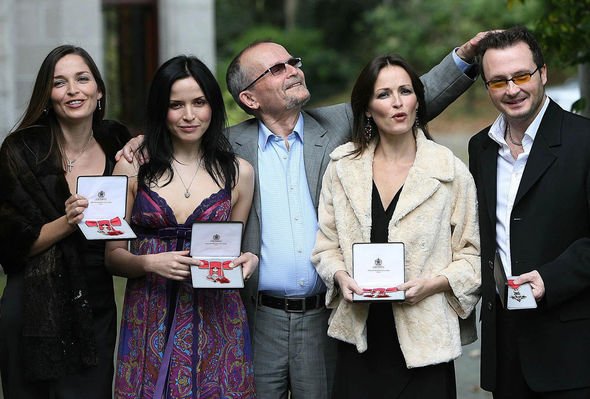 Family memories flooded back when Andrea recorded her poignant new Christmas Songs EP. O Holy Night pushed her over the edge. “I used to sing it with my dad when I was younger,” she explains. “He played the organ at mass in church and when I was eight, he asked me to sing it at the Christmas Eve service.

“I practised and practised, but when the day came, I was crying with nerves. I couldn’t do it.” Andrea’s electrician father, Gerry, died
five years ago. Her mother Jean died in 1999 aged 57.

Home was in Dundalk, an industrial town in Louth, southern Ireland. Her parents’ band, The Sound Affair, performed all over the county. “I saw them play a couple of times,” she says. “They did covers and they were really good, but as a child I was more interested in the peanuts and crisps.”

Family Christmases were always special. “My parents were on a budget but as far as we children were concerned it was perfect. We didn’t go without.

“Mum would cook – the whole house smelt of baking. She was so busy. She really made the Christmas spirit.”

The four siblings – Andrea, her elder sisters Sharon and Caroline, and their brother Jim – formed The Corrs in 1990 when she was 15, the same year that she filmed her part in The Commitments.

Nine years later they were playing to 45,000 people in Dublin’s Lansdowne Road stadium. 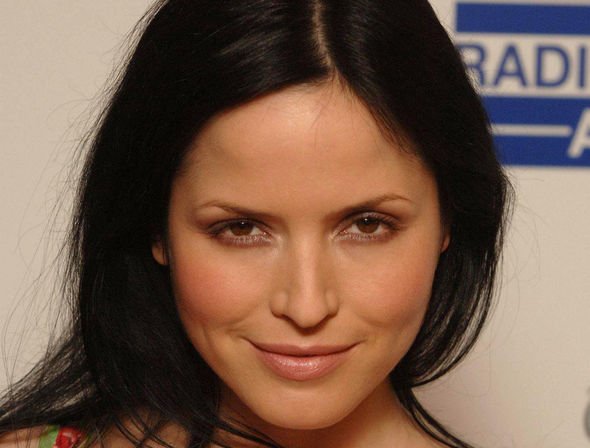 The Corrs’ fusion of Celtic folk and melodic pop had universal appeal. They had the bestselling album of 1998, and a string of global hits including Dreams, Runaway and the chart-topping Breathless featuring Andrea’s sultry mini-yodel.

By the time they hit the pause button on their career in 2006, they had sold more than 30 million albums – that figure has topped 40 million since – and been appointed MBEs for their charity work.

“It was a whirlwind,” says Andrea. “When you’re in it it’s hard to see anything. It’s like a speeding train. Looking back now it was extraordinary… just non-stop amazing experiences. A bit crazy but none of the anecdotes are printable.” 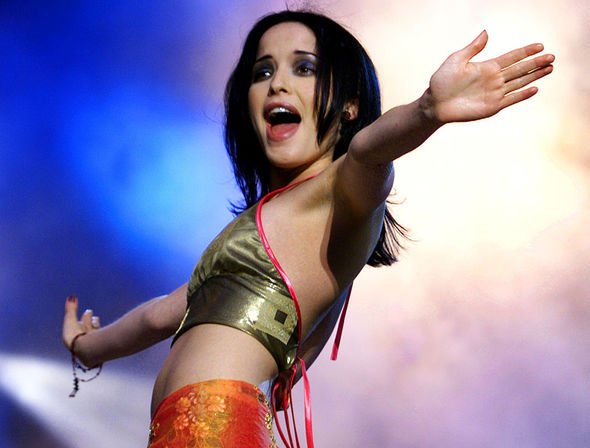 At one point they played four continents in three weeks. They toured America with the Rolling Stones and U2 – Bono once said The Corrs “could drink Oasis under the table”.

Yet despite – or maybe because of – that, Andrea’s most vivid on-the-road memory was the front windscreen of their tour bus getting smothered in mating flies.

“We couldn’t see out of the front; the windscreen was covered with flies – it was the time they mate,” she says. “They mate and then they die happy.”

Now living in Dublin, after stints in London and Washington DC, she published her unorthodox autobiography Barefoot Pilgrimage last year. It wove fragments of writing together with memories, lyrics and poetry – both her own and her father’s.

The book covers a lot of grief, including the tragic death of her three-year-old brother Gerald before she was born, and the traumatic five-miscarriage ordeal she suffered after marrying businessman Brett Desmond, son of Irish billionaire Dermot. She is now a happy mother of two – Jean, eight, and Brett Jr, six.

I wondered if she’d left much out. “I did,” she says. “I despair of the lack of dignity in the culture today. It wasn’t a ‘tell-all’ it was the antithesis of a tell-all. I said all I wanted to say.”

So no mentions of former boyfriends, such as Robbie Williams who famously sent her a note quoting the Corrs song, What Can I Do To Make You Love Me? Andrea replied, “Entertain me…” alluding to his biggest hit. In 2015, the Corrs performed at their father’s funeral and released their life-affirming comeback album White Light, followed in 2017 by Jupiter Calling.

While their career was on hold, they played for Nelson Mandela at a party in Dublin’s Trinity College, and then performed for him twice in South Africa.

Andrea has acted on the side all her life, playing a mistress in Evita, and notching up notable theatre roles including 2010’s Jane Eyre.

She released her debut solo album Ten Feet High in 2007, followed by covers album Lifelines in 2011. She had the idea for the new EP when she performed with a male choir at
a Dublin hospice last Christmas. “It was a very beautiful occasion to remember loved ones. I thought it’d be wonderful to record it. After Covid, the lyrics are even more relevant.”

The other tracks are Have Yourself A Merry Little Christmas, In The Bleak Midwinter and original song Begin Again. “Christmas songs bring comfort. This year particularly there’s
a lot to come to terms with… a lot of loss.”

She’s spent lockdown with family. “I feel fortunate. The kids are happy. I asked if they’d go on an Irish TV show for musical kids. They said no. They didn’t want to. My husband said, ‘Not like mum then’. But it was just like me! God knows what they’ll become.”

They’ve had no lockdown bust-ups but Andrea admits she drives Brett “bonkers”. “I leave the odd tissue around…I forget things… I lose things, like the kids’ headphones…” 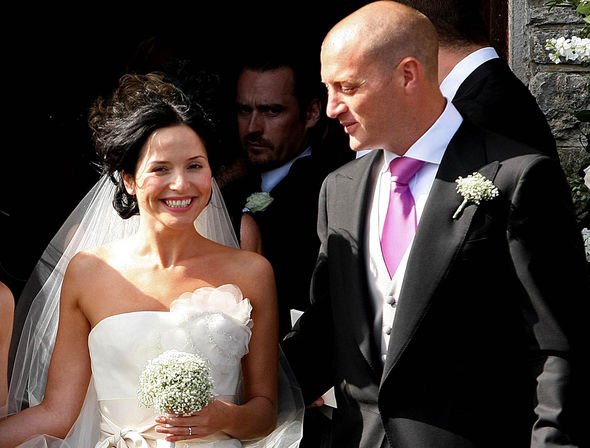 Publicity-shy Brett was a friend of her brother Jim’s. “Then I met him in a London nightclub. We went out together as friends and then started dating.”

At home she’s hooked on reading novels and listening to The Gloaming. She loved TV’s The Undoing and says “I’d like to do more acting. It depends what it is… I love theatre, probably because you’re living in someone else’s skin for a few hours a night.”

Studying literature at Trinity College is on her bucket-list but nothing is set in stone. “There are no plans for an album, I have no plans at all. There are plenty of things I’d like to do but I’m quite content. I don’t make big plans and somehow that’s working out for me.”