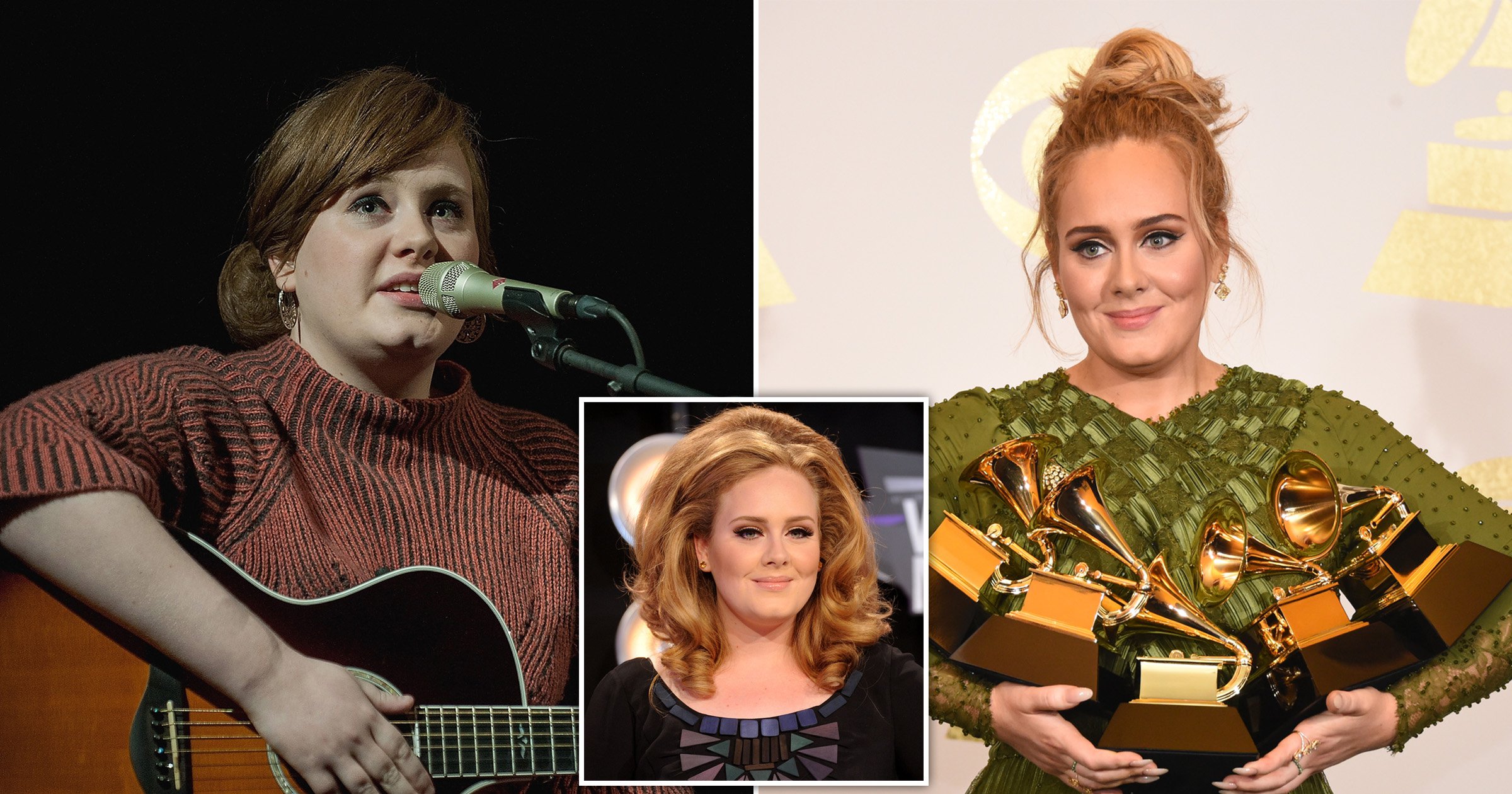 Adele has returned to the music world with a crash, and we are absolutely living for it.

Her new album, 30, has finally been released, and critics are already absolutely raving about it.

Lead single Easy On Me rocketed to the top of the charts mere minutes after its release, with its heartbreaking lyrics and powerful vocals capturing the hearts of listeners around the world.

In promoting the new album, Adele has chatted with Oprah, helped a man propose to his girlfriend on stage, and hosted a star-studded release party.

She has also been enjoying loved-up bliss with new boyfriend Rich Paul, with the sports star joining her in London for the first time recently.

With the singer firmly back in the spotlight and her new album upon us (finally!), here are the relationships and breakups that inspired her iconic albums.

Adele’s first album after taking a step back for five years is one of the most eagerly-anticipated records of the year, if not the decade.

The singer has been vocal about what her newest record represents, and it is absolutely heartbreaking.

Adele married husband Simon Konecki in 2018, but the pair separated the following year after eight years together.

They have a son, Angelo, who is nine years old, and Adele says 30 was penned with him in mind, in a bid to address some of the questions he had over their divorce.

‘I just felt like I wanted to explain to him, through this record, when he’s in his 20s or 30s, who I am and why I voluntarily chose to dismantle his entire life in the pursuit of my own happiness,’ she told British Vogue in a candid chat.

‘It made him really unhappy sometimes. And that’s a real wound for me that I don’t know if I’ll ever be able to heal.’

At least one track appears to feature audio recordings with Adele’s conversations with the youngster amid her divorce from Angelo’s father.

The new album’s lead single, Easy On Me, is a plea to Angelo to understand that she did not make the decision to divorce Simon lightly.

She appears to address Angelo on the chorus, as she sings: ‘Go easy on me baby/ I was still a child/ Didn’t get the chance to feel the world around me/ I had no time to choose what I chose to do.’

While 30 is an album lamenting her divorce and difficult conversations with her son Angelo, 25 was written to reflect on her relationship with then-boyfriend Simon and the birth of their son.

She told DJ Zane Lowe on Beats 1 Radio that Water Under The Bridge was about ‘waiting for [Simon] to be horrible but I don’t think he’s gonna be, waiting for the relationship to end. This is the relationship now that I’m gonna be in. It was quite a ground-breaking moment.’

However, the album also reflects Adele finding herself again after becoming a mother, with phenomenal hit Hello about ‘reconnecting with everyone else and myself’.

She told Matt Lauer on Today that, ‘from the other side I couldn’t get over my guilt of leaving my kid to go and write a record and stuff like that. So getting over that, getting on the other side of that. It was just, you know, in general, just hello to everyone.’

The album that turned Adele into a household name with phenomenons like Rolling In The Deep and Someone Like You, it’s no exaggeration to say 21 includes some of the most heartbreaking and powerful ballads of her generation.

21 was written over the course of three months after a tremendously painful breakup and, while Adele chose to keep her ex-partner’s identity a secret, a biography on the singer suggested it could have been fashion photographer Alex Sturrock.

Adele told Spinner magazine that Rolling In The Deep, and much of the rest of the album, was written when she was ‘really really angry’ and ‘blossoming into who I’m going to become’.

‘I’m not really willing to be walked all over like I was with the relationship that the first record is about. I have the upper hand now, so yeah, the whole record is a bit bitter.’

Speaking of that last record …

Adele’s first album and the one that would set her on the path to international stardom, many of the tracks on 19 were written about two other unnamed men, although the singer did open up slightly more about their tumultuous relationships.

One of these men inspired the song Daydreamer.

Daydreamer, Adele revealed in a 2008 interview with The Guardian, was about a bisexual man she fell in love with and revealed her feelings to on her 18th birthday.

Just hours later, however, he left her party with one of her gay friends.

She said: ‘I was like, “We’re not even going out yet and you’ve cheated on me already!” So Daydreamer is about everything I wanted him to be. The daydream of him.’

Much of the rest of the album, including breakthrough hit Chasing Pavements, is about her first real relationship and how it came to an end.

In the same article with The Guardian, she reveals he cheated on her and she dumped him over text message.

30 by Adele is available now.