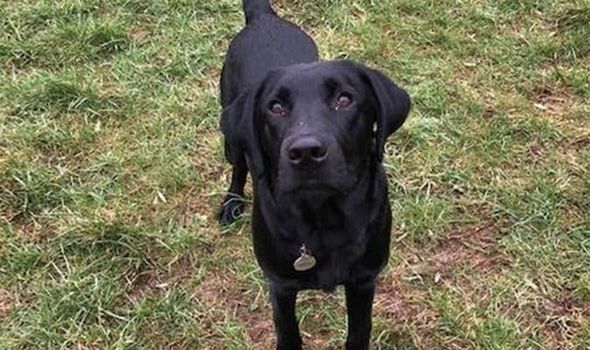 “Florence,” I’d reply pointing to the whippet, “and… Roger.” That’s when I’d start to get the funny looks. “Roger?” I take great amusement in telling people Roger the Lab is named after a former Birmingham City footballer – my fiancé’s team.

Meanwhile with Florence, I just loved the name and always said when I got a dog that’s what I’d call her.

Since moving to Oxfordshire, I’ve met a Spaniel named Florence but never another Roger. That’s what makes me love his name even more.

One thing’s for sure, having a dog with a human name is always a talking point!

We shorten their names to “Rog” and “Flo” – dogs often respond better to a one-syllable name, which is why sheepdogs are often just Meg, Jess, Fly or Patch – and I know this is true of my pair when I’m working on recall with them. 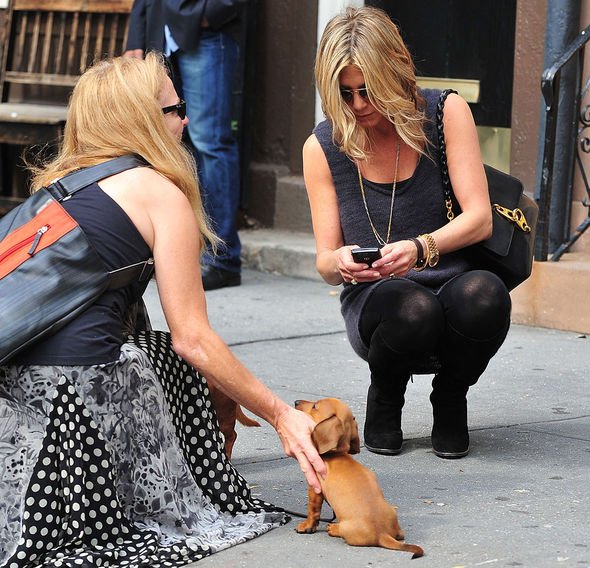 While I meet many Besses, Bellas, Archies or Oscars on walks, my Roger is unique – and I was proved right when there wasn’t another dog in training class with the same name.

While all the other dogs are bouncing around in chaos not knowing who is calling them, you could arguably have the sole attention of your more unusually named hound.

Congratulate yourself for your foresight, unless they’re terrible at recall, and then you might be left standing saying that quirky name over and over…

Another downside is that I often get people saying “Oh, my daughter is called Florence…” (not a lot of sons around called Roger, though!

Perhaps it’s because I don’t have human children that I’ve chosen “real” names for my dogs.

Although, having said that, I wouldn’t call my baby Roger either. But beware the animal crossover as I have a friend who has a cat named Florence!

Calling your dog by a human name – as Kylie Jenner recently revealed with new dog Kevin – is a double-edged sword.

Of course, there is originality.

If you go for one of the top dog names in the country, you may well meet another Bella, Luna, Max or Bailey.

But if you go for a more uncommon current baby name, such as Dave or Victor (my friend’s Frenchie is called Victor, which turned out to be the same as my father-in-law to be!), you know you’ll have a fun talking point when stopped on those dog walks.

There are, arguably, in-between names.

For example, when I was growing up, we had a Border Collie called Sammy.

Or dogs called Daisy, Rosie, George or Arthur, which have always felt dual-purpose.

I can only imagine the cross-over chaos in the Royal household when a new dog arrives.

The Queen has had a Monty, Emma, Holly and Candy to contend with in the past.

What if those names clashed with the palace servants?

Who would come first when called?

Other famous dog owners have followed the trend.

George Clooney has a spaniel called Einstein, Jennifer Aniston has a corgi called Norman and Carrie Fisher’s French bulldog Gary went to premieres and interviews with her.

Priyanka Chopra Jonas has three dogs, one who delights as Diana, and amongst Miley Cyrus’s large pack is Mary Jane, Floyd, Lila, Penny Lane and Ziggy.

And there’s nothing to stop you from choosing a celeb as your name – as we did, in a way, with Roger – like Hailey Baldwin who called her dog Jim Carrey, or rapper 50 Cent who called his puppy Oprah.

Another plus to that unusual human name is that you won’t hear someone else calling your dog from across the park.

The flip to that?

You might find someone calling to their human friend or family member and your dog will go running off towards them.

Your dog’s name will look fun on anything personalised – blankets or toys – why go with the flow when you can go with the Flo?

But one word of warning, be careful not to offend – it might seem funny to choose a friend’s name, or that of their child, but do think over who you already know who shares the name.

And the final test of acceptability – imagine your vet calling the name across a crowded reception… proud to stand up and claim Eric or Petroc or Roger as yours?

Then that’s their name decided.