An NHS worker who tied the knot with a US factory worker in a virtual ceremony despite never meeting in person has been left ‘heartbroken’ because they are now in the process of getting divorced.

Ayse Reeves, 26, from Lancaster, began talking to Darrin Martin, 24, from Michigan, during lockdown in July 2020 after meeting on a Facebook group that pairs pen pals around the world.

Having accepted a proposal on a video call on 21 May 2021, she and Darrin celebrated their whirlwind romance with a legal wedding ceremony via Zoom officiated in Utah.

Their nuptials on 19th August 2021 was the first time that a British person had legally wed via live stream.

The NHS cleaner, who planned her entire feature with her American love interest, admits that she felt ‘lost’ after deciding to just be friends three months after getting married because she couldn’t trust him.

Darrin has since rekindled things with his first love and is going through the paperwork necessary to dissolve his marriage to Ayse. 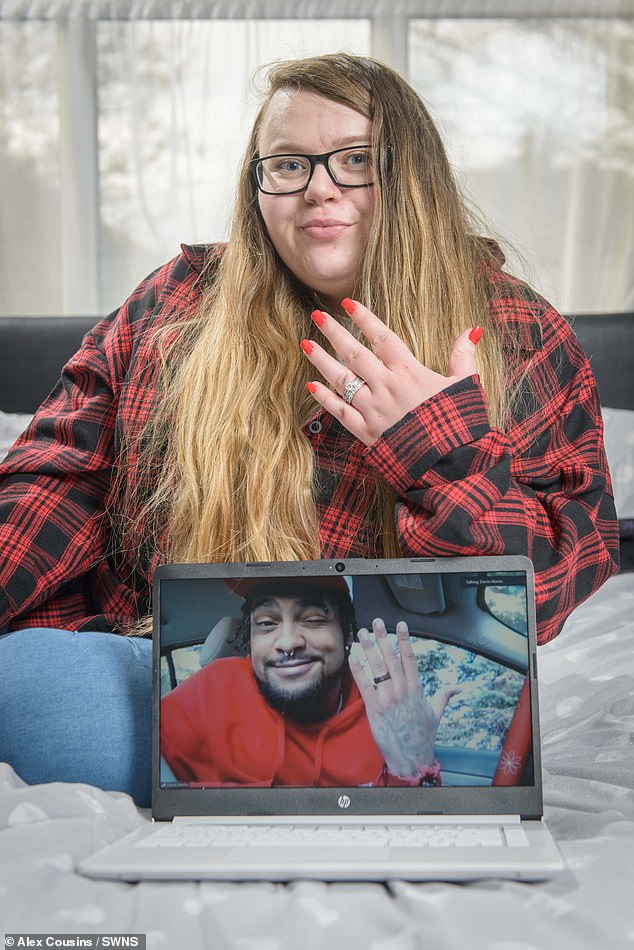 Ayse Reeves, 26, from Lancaster, has revealed that she and Darrin Martin, 24, (both pictured), from Michigan, are getting divorced less than a year after marrying on Zoom 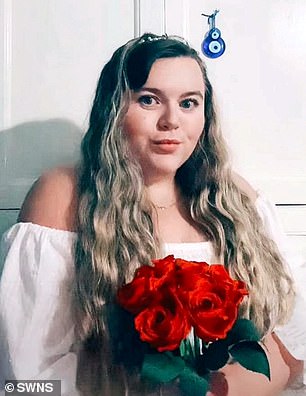 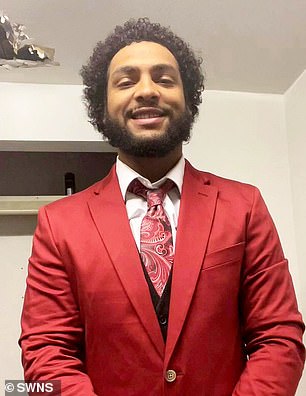 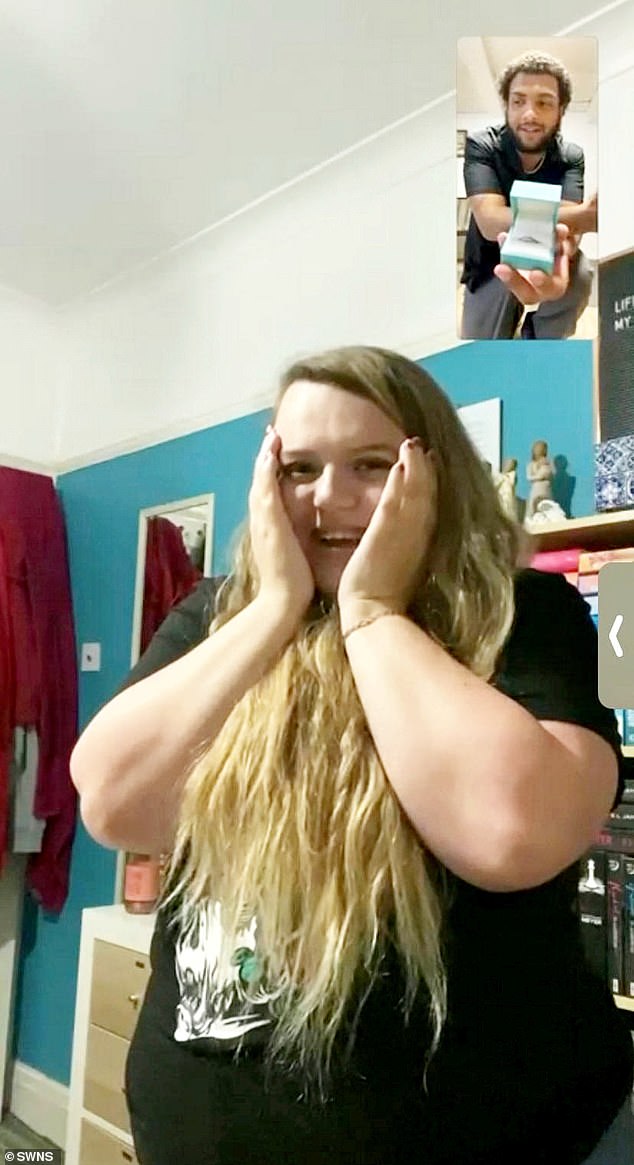 Ayse and Darrin quickly became close when the pandemic started and would often fall asleep together on video calls.

Ayse created a stuffed toy in his likeness for them to be ‘together’ and even tattooed his poetry on her forearm.

Despite covid restrictions preventing them from meeting in person, Darrin arranged a ‘special date night’ in May last year to propose to Ayse after speaking to her dad.

The couple initially planned to tie the knot when they finally got the chance to meet for the first time, but after reading about a new law passed that made international virtual wedding ceremonies legal in the state of Utah, they decided to go ahead straight away.

Although not a conventional wedding, Ayse wore white and was accompanied by her proud parents, and Darrin was joined by his mother and wore a smart burgundy suit to deliver his vows.

Before the newlyweds even had an opportunity to celebrate together, Ayse began to suspect that something was wrong.

‘I felt like something was off, and whenever I asked him he denied anything was happening. 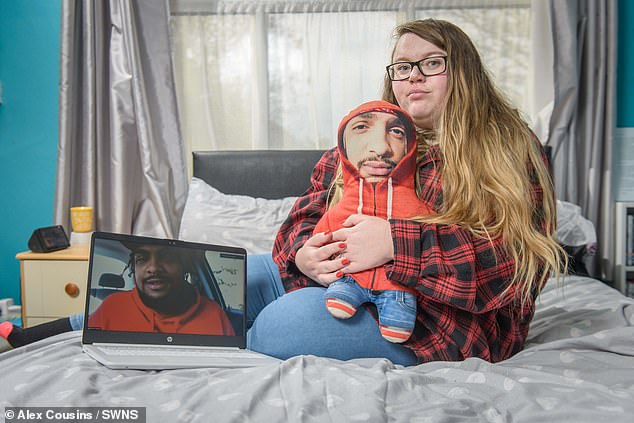 Ayse, who has filed to have the marriage annulled, said she contacted Darrin’s ex-girlfriend after becoming suspicious

‘I then became aware of an ex-girlfriend he had called Liz,’ Ayse told The Sun, though Darrin denied there was anything going on between them.

She went on to file for an annulment ‘citing non-consummation’ as the reason for the marriage ending, however due to their different countries the final paperwork is taking awhile to arrive.

They’ve planned a divorce party, but Ayse claims ‘they don’t want to celebrate the wedding and marriage being over, it’s to celebrate getting through it and to move on.’ 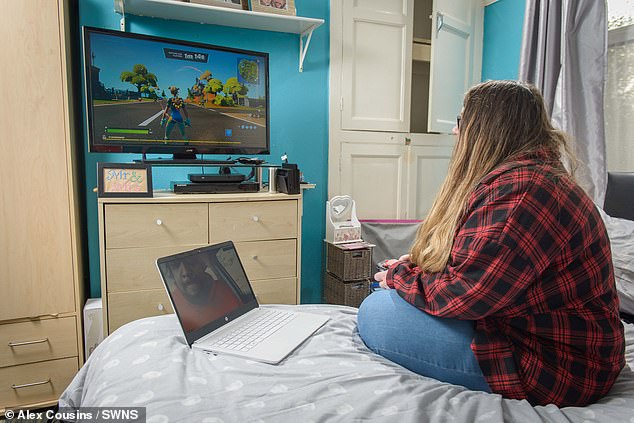 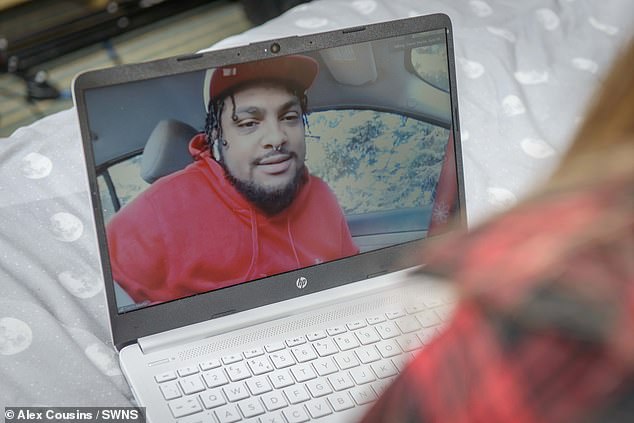 The 26-year-old, who is planning on covering her tattoo, admits her experience with Darrin has put her off dating.

She added that he tried to get back together with her a few times but she was unable to trust him.

Ayse explained that she doesn’t want to ‘make him out to be this awful person’, because she also wasn’t perfect in the relationship and they would argue at times.

‘I had planned my life, and put so much into the marriage and making it work, so it felt like my whole world had been pulled from underneath me and I didn’t really know what to do with myself. I felt lost,’ she added. 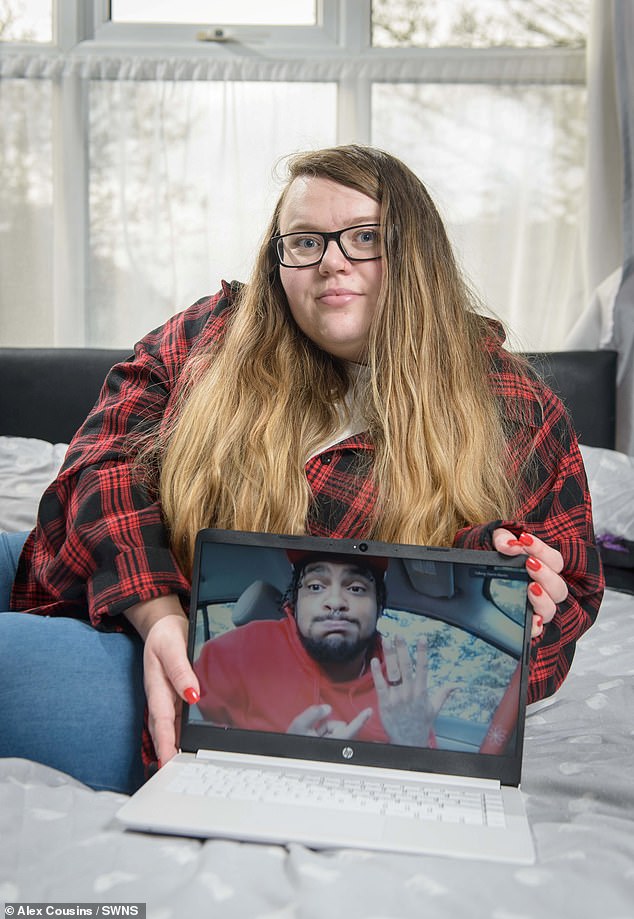 Ayse said she hopes to meet someone in the UK in the future, while Darrin has reconnected with his first love

Ayse revealed that she has spent time trying to overcome her heartbreak by going away with friends and is grateful for the support of those closest to her.

She admits that she would’ve done anything for Darrin because they were in love, however she is now able to understand why people were skeptical that their relationship would last.

Having vowed not to date anyone online again, Ayse said she hopes to meet someone in the UK in the future.

Darrin said that distance took a ‘toll’ on their relationship but he still enjoys talking to Ayse and hopes she will find someone suitable in the future.

‘I have reconnected with my first love and rekindled things so I figured it would be easier for us both this way,’ Darrin added.