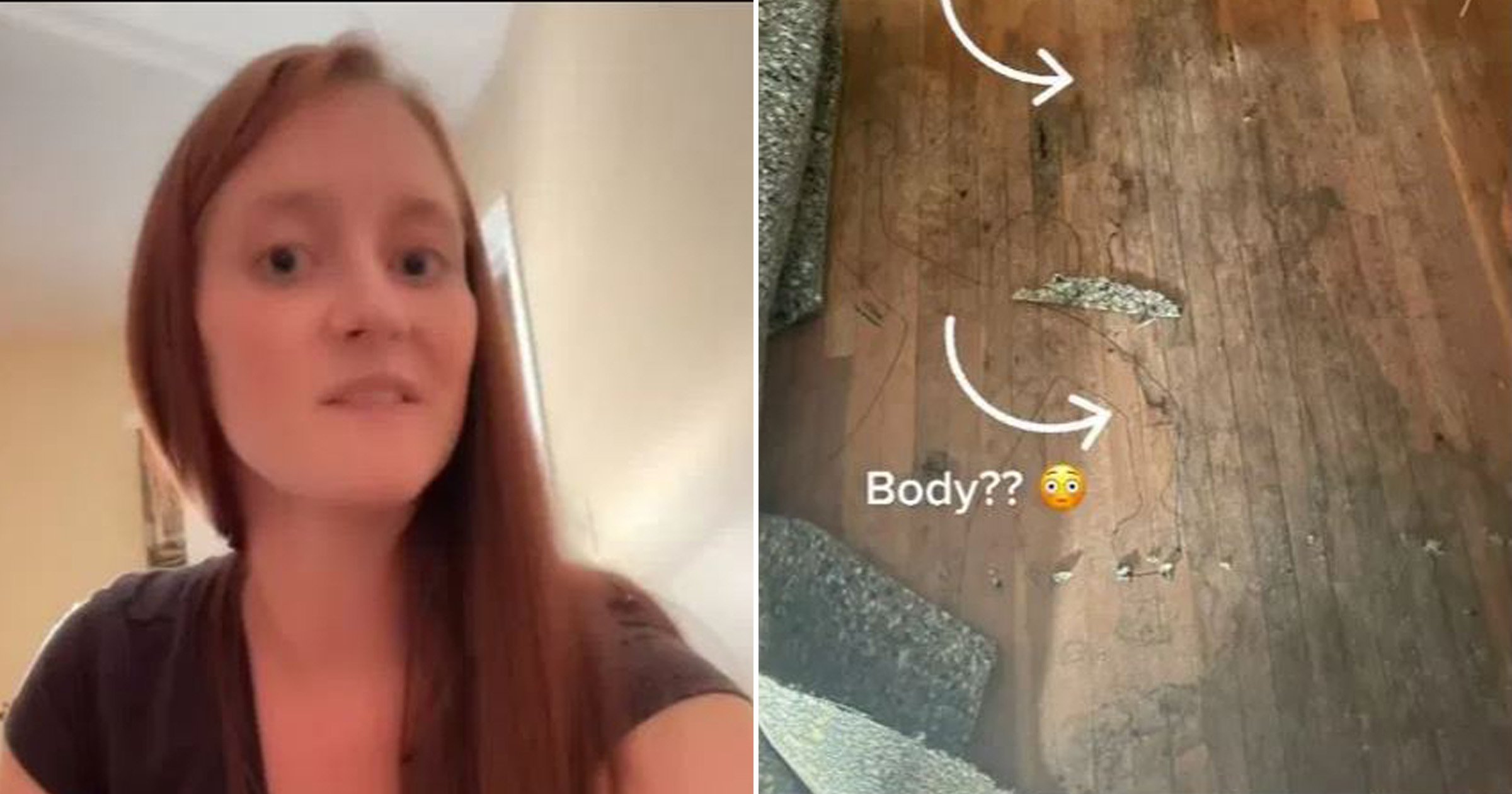 Moving into a new home comes with a myriad of different worries.

Will everything be in working order? When will you feel settled?

For one woman, that last question may just have an uncomfortable answer.

TikTok user @dontbeanashhole has gone viral after sharing the horrifying discovery she made shortly after moving into her new home.

The woman shared her disturbing find in a video captioned: ‘It’s cool. Everything is fine.’

‘I wasn’t bothered knowing someone died in my new house,’ she said. ‘But imagine my surprise when I ripped up the floor and found this.’

In the clip, the woman can be seen peeling back an old carpet to reveal the outline of a body and what looks like the remains of a old crime scene.

‘Case #091101’ is written in black marker next to the profile along with a date.

‘Okay, but this is actually a little creepy,’ the woman added.

The video has been viewed over 5 million times and has collated more than 5000 comments.

‘Do us a favour. Research on who died there please,’ wrote one user.

‘So that’s the moment when I would simply move,’ added another.

Some claimed it was a prank and that if the crime scene was real it would have been removed.

‘It’s a joke lol if it were real the floorboards would have been replaced because of it being a biohazard,’ commented a sceptical viewer.

‘Whoever installed the carpet drew that to freak out whoever removed the carpet. We did this to our old house before we put laminate floors down. It’s a joke,’ commented another.

Meanwhile, a section of the hardwood floor under the carpet appeared to be stained and the woman was advised by users to pour peroxide on the markings. If it bubbled, it meant the blemish was actually blood.

In a later video, the woman tests the theory by spraying peroxide on a stain-free part of the floor.

However, she then sprays the mixture on the smeared area and worryingly, the peroxide foams.

The woman confirmed that when investigating the death, she discovered that the obituary said the individual ‘died peacefully at home.’

Whether the truth behind the stain and the crime scene is uncovered remains to be seen.