Woman, 53, who has been fascinated by death since she was a child reveals she has attended 200 funerals for STRANGERS and says she feels ‘at home’ in a cemetery

A woman who is fascinated with death and cemeteries has revealed how she has travelled the world to attend the funerals of 200 strangers.

Jeane Trend-Hill, 55, from Islington, London, first began attending the ceremonies after accidentally crashing one when she walked into a church when a service was going on in 2012.

After becoming a regular visitor to her local cemetery, workers then asked Jeane to attend funerals of deceased who had no family to go.

Now strangers frequently contact her to ask her to to join a service to make sure no one is cremated or buried alone.

Jeane, an actress, photographer and artist, said: ‘I’ve always been fascinated with death since I was a child. 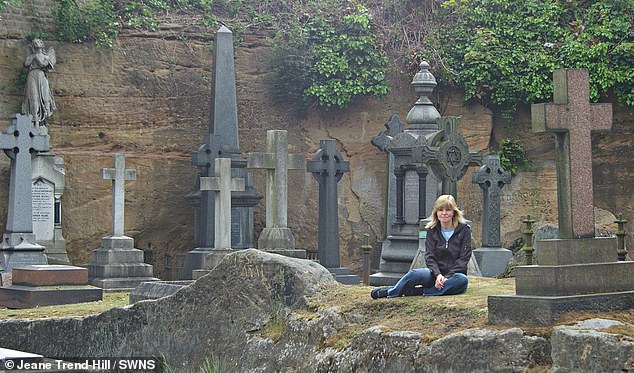 Jeane Trend-Hill, 55, from Islington, London,  has revealed how she has travelled the world to attend the funerals of 200 strangers 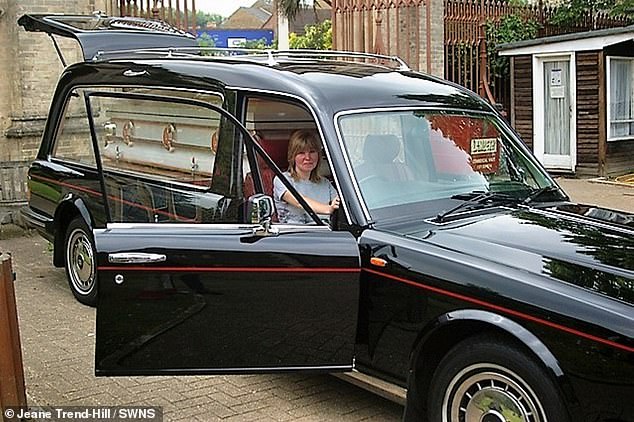 Jeane has been fascinated by death, graves and cemeteries after losing both her parents early in life 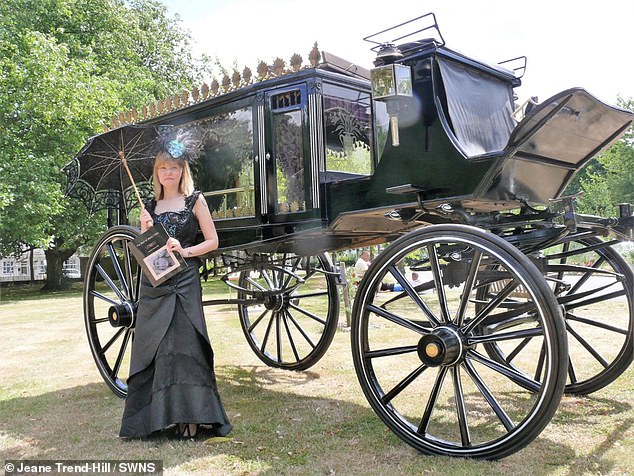 Jeane even has appropriate costumes for different events, including a full-length black Victorian mourning dress (pictured)

‘We would go to cemeteries, and I’d walk around looking at all the graves. They are like outdoor art galleries.

‘I’m proud to be that person that goes to strangers funerals when there is no one else who can attend.’ 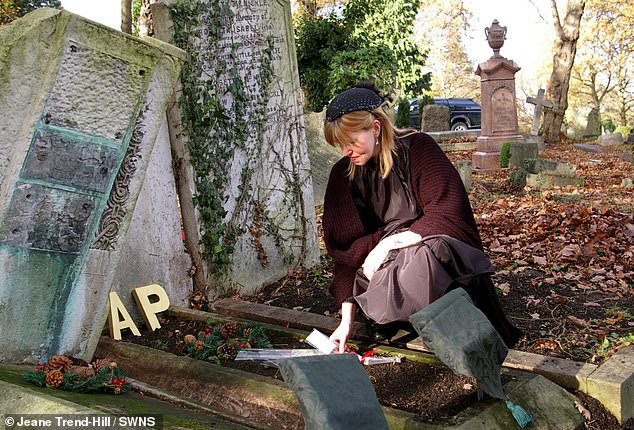 She restored the plaque for British architect Arthur Beresford Pite who died in 1934, and unveiled it in Victorian mourning dress

But she first began attending funerals after she accidentally stumbled into one in 2012.

‘I walked into this pretty church and realised a service was on,’ she said.

‘I was raised as a Catholic and told that it’s then bad to then leave, so I stayed and sat at the back. It was a complete stranger, but I was moved.

‘Shortly after a cemetery worker reached out and asked if I’d attend a funeral for a veteran who had no one else to pay their respects, so I obliged and went along. 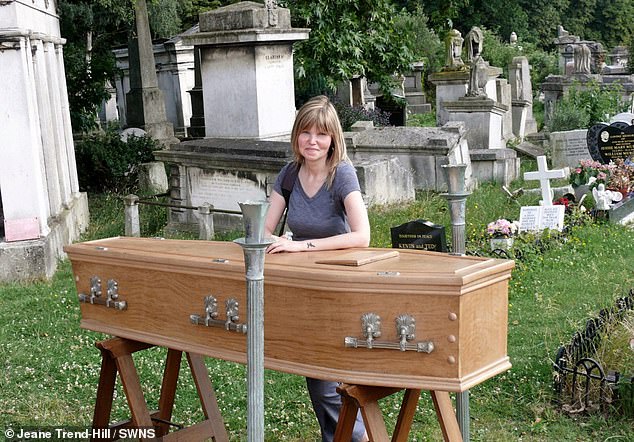 Jeane is now regularly asked to attend the funeral of strangers who have no one else to go to them (pictured, with a coffin)

‘I realised that everyone has a story to tell, everyone has lived a life and should have someone around to remember them when they die.

‘Now I’ve attended nearly 200 funerals for people I don’t actually know – although I have lost count of the exact amount.’

Due to her fascination, Jeane also spends time cleaning and tidying graves.

She has also visited graves all over the world, such as in Paris and Venice, and completed a PhD in mortuary science in order to become a a cemetery historian. 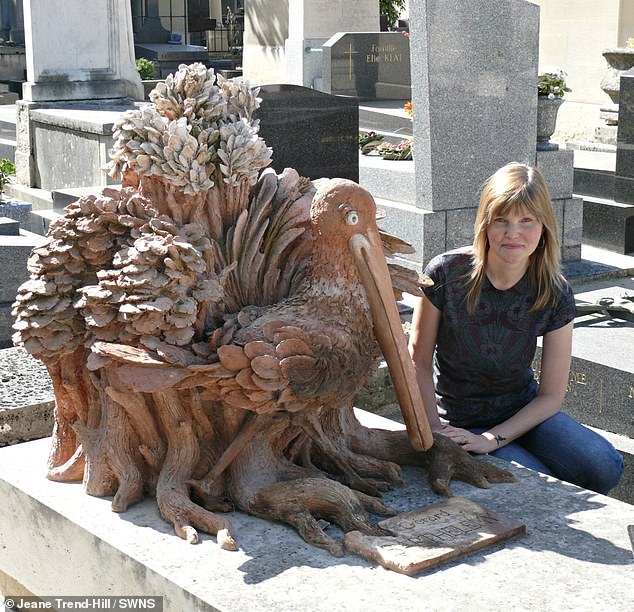 Following her interest, Jeane now travels around the world to visit various cemeteries and graveyards 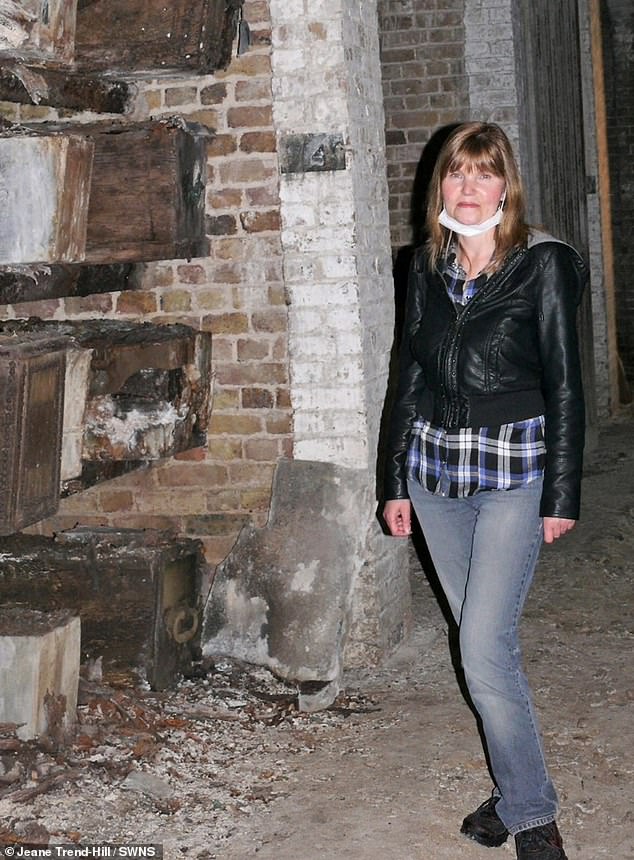 And she has even restored the plaque for British architect Arthur Beresford Pite who died in 1934, and unveiled it in Victorian mourning dress.

She said: ‘The first thing I do when I get somewhere is see where the closest crematory is.

Strangers also now reach out to Jean on Facebook to ask her to go along to send offs.

‘No one should ever be cremated or buried alone,’ Jeane said. 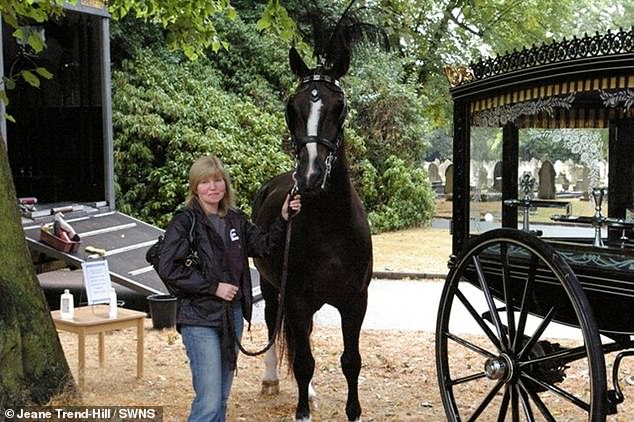 She says her family even joke and call her a ‘rent a mourner’.

‘It’s a name they gave me and it’s a bit fun,’ she said. ‘Of course I’d never actually make anyone pay for my attendance at a funeral.

‘I’ll wear mourning dress to funerals if people ask me to. Death has never worried me, I just hope I can make death feel less scary for people.

‘It’s my way of giving something back.’ 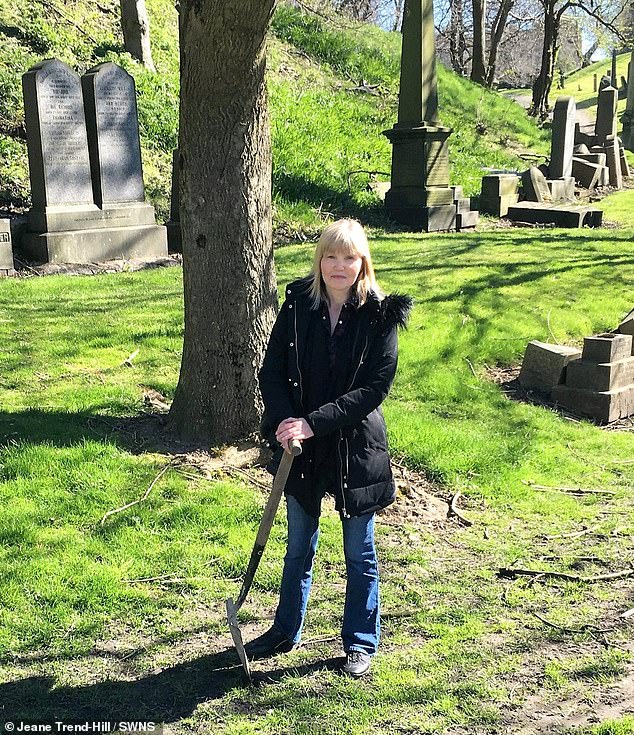 Beautiful graveyard: Jeane spends her time tidying up graveyards and cemeteries that have become overgrown or fallen into a bad state of repair