Willie Garson, the actor best known for his role as Carrie Bradshaw’s best male friend Stanford Blatch in Sex and the City, has died aged 57.

His death was confirmed Tuesday by his son, Nathen Garson, in a post on Instagram. The cause was not immediately disclosed.

“I’m so glad you got to share all your adventures with me and were able to accomplish so much,” his son said. “I’m so proud of you. I will always love you, but I think it’s time for you to go on an adventure of your own.”

In addition to his popular role in Sex and the City, Garson was known for his role as con man Mozzie in the TV show White Collar. 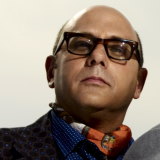 As the news of Garson’s death spread Tuesday night, actors and performers shared their memories and praise on social media.

Comic actor Mario Cantone, who played Garson’s partner in Sex and the City, said on Twitter that he was “devastated and just overwhelmed with sadness”.

“Taken away from all of us way soon,” he said. “You were a gift from the gods.”