"You guys have showers in here?" he asked after letting out an unmistakable fart.

Will Smith got lost in his stretches and let one rip while working out with the Miami Dolphins.

The actor shared the embarrassing video himself on Instagram this week, captioning the hilarious post, “They said to relax ALL my muscles.”

In the footage, he’s seen stretching out his arm while arching his back. “Training with the Miami Dolphins was going great until that morning coffee snuck up on me,” he wrote over the footage, “Wait for it …”

And just like that, he lets out an unmistakable fart, before exclaiming, “Oh, sorry about this! Excuse me!” He may have let out a little more than expected, as he then asked, “You guys have showers in here?” before resuming his workout.

Tales of Smith passing gas are actually kind of legendary. During a family appearance on “Red Table Talk” back in 2019, he revealed he can go three days without pooping — with son Jaden Smith exclaiming, “That is not good! That’s why your farts smell like that.” 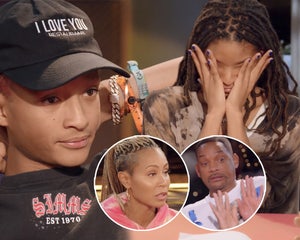 Smith Family Gets Medical Results on Red Table Talk — and One of 'Em Has a Parasite!

In 2019, “Men In Black” director Barry Sonnenfeld also discussed Smith breaking wind in an oral history about the making of the sci-fi film.

“Will has really nasty farts,” he revealed, before sharing a story about filming a scene in which Smith and Tommy Lee Jones were stuck together inside an upside-down car.

“He’d farted so bad in this enclosed space. Tommy is a manly man. If you talk to him about intellectual things, he says, ‘I’m just a rancher.’ So he played it cool. But man, as soon as we opened it up, Tommy was outta there,” the director added. “But they loved each other.” 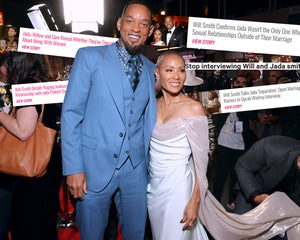