‘If I hadn’t gone public, I’d have been failing every victim of abuse who put their faith in me’: KATE GRIFFITHS speaks out after a judge ruled she was raped by ex-minister husband who she succeeded as an MP

Very few victims of domestic abuse will want to admit what has been happening to them – not even to their closest friends, let alone to the wider public. For a long time, the same was true for me.

I remember this time last year quite vividly. Following an emotionally draining four-day fact-finding hearing, including a day and a half in the witness box, the family courts finally concluded the allegations against my abusive former husband, Andrew Griffiths, were proved.

The relief I felt was indescribable. I’d protected my child from an abusive parent. But making the judgment public was out of the question.

I couldn’t imagine being seen as a victim of rape and domestic abuse. I went to jelly at the thought. How would I face anyone again with my head held high?

But when two journalists got in touch to say they were passionate about reforming the Family Court system, about transparency, and passionate about making it an easier journey for domestic abuse victims, it all made perfect sense. 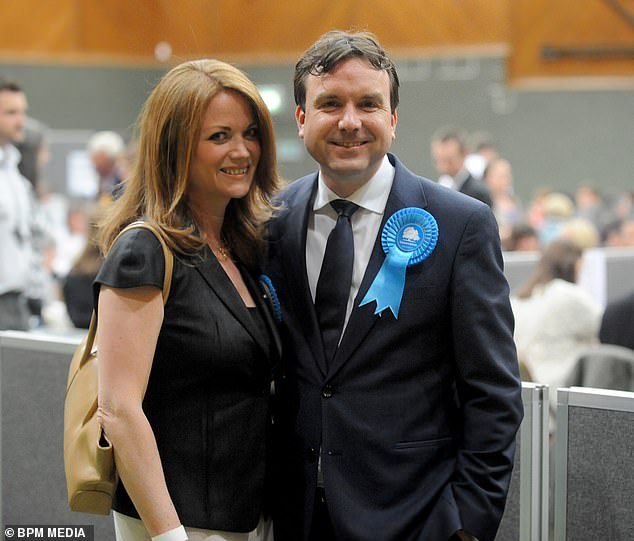 I realised that ten years in an abusive relationship had changed me from an outgoing, happy person to someone who had had her confidence stripped away.

In effect, I was still being coercively controlled. It was time to let other people know what had happened to me and let them see the judgment. It was time to take back control for myself.

A lot had happened since I left my ex-husband after an horrendous sexting scandal back in July 2018.

I had stood as a candidate in the General Election of December 2019 and been elected in his former seat, standing on a platform that I would be a strong voice for domestic abuse survivors.

As an MP, I was in a unique position to be able to speak out and campaign for others who didn’t have a voice, and I realised that publication of the details of my family court case would give me that platform.

Since my election, I have received countless emails from domestic abuse victims who are also battling through the Family Courts to protect their children.

But until Friday’s ruling from the Court of Appeal that the findings of rape, coercive control and domestic violence made against my former husband could indeed be published, I haven’t been able to say to them ‘I understand’.

My personal battle still continues. I have been repeatedly dragged back to court by my ex, who has submitted appeal after legal appeal, and I fully support the Government which is looking at measures to block abusers from doing this. 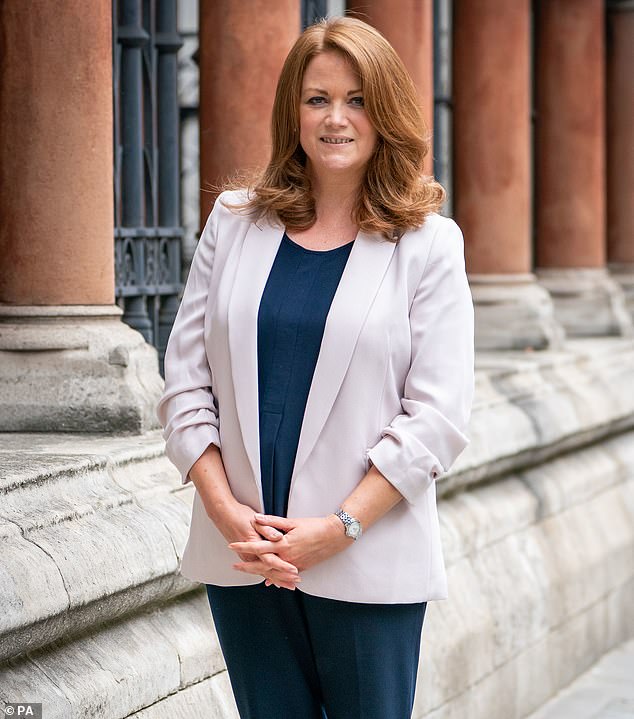 Despite the findings made against my ex-husband, I have to facilitate contact with our child and the court has ordered that I subsidise my abuser’s costs for this. Pictured: Kate Griffiths

Despite the horrendous findings made against my ex-husband, I still have to facilitate contact with our child and the court has ordered that I subsidise my abuser’s costs for this.

The man who raped me. That simply cannot be right. It is a continuation of the abuse. It leaves victims feeling retraumatised.

I am appealing against this decision – and, from the correspondence I receive from others in similar positions, I know that I am far from alone. This needs to stop.

The Government is currently reviewing the way the Family Courts work, including the presumption that one parent or another must be involved in a child’s life.

Where one parent has been proved to have raped and physically and psychologically abused the other, the starting point for parental involvement should most definitely not be the current position of ‘contact at all costs’.

The Family Court is there to protect children and their care-givers who are victims, and yet time and time again I am told horror stories of children being forced into contact with an abusive parent or, even worse, being removed from the parent who was the victim and handed over to the abuser. Sometimes this has catastrophic consequences.

The worry over where this contact with my former husband is leading, and what the court will ultimately decide for my child’s future, preys on me every single day. I am still suffering, tortured by this constant fear for my child – just as I know many others are.

Domestic abuse takes so many forms – physical, psychological, financial control. There may or may not be physical signs such as bruises and black eyes. But it is always behind closed doors.

It can happen to anyone, including those you would least expect.

Victims often learn the hard way that to stay safe, they have to put up a front. The signs of abuse can be hard to spot. Those who have been abused feel they have to hide – that there’s a huge sense of shame to it. And that’s wrong.

It has been a huge personal decision for me to allow the judgment of the abuse I suffered to be published.

But ultimately, I hope that it will encourage other victims to come forward and speak out. Our voices are stronger together.

The fee for this article is being given to the Women’s Aid and Refuge charities.

By Brendan Carlin for the Mail On Sunday

Concerns about claims of sexual harassment and bullying at the House of Commons grew last night with the revelation that a rape accusation was made to police.

Scotland Yard confirmed last night that a Commons worker claimed to have been assaulted on the parliamentary estate.

It is understood that the allegation – made in the 12 months up to March 31 this year, but potentially relating to an earlier incident – involved an alleged attack on a member of an MP’s staff.

The accusation, reported to Scotland Yard by a force outside London, was reviewed by officers but did not lead to a formal investigation as there were ‘insufficient grounds’ to do so, sources said. 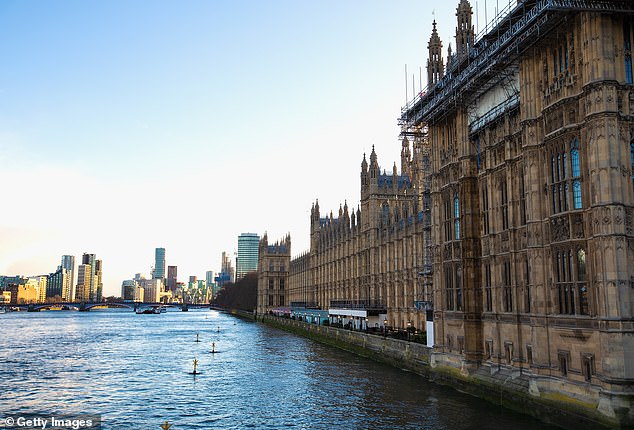 Scotland Yard confirmed a member of an MP’s staff claimed to have been assaulted on the parliamentary estate. Pictured: View of the Houses of Parliament

Jenny Symmons, chairman of the GMB union branch for MPs’ staff, said: ‘We are horrified to hear another rape has been reported on the parliamentary estate.’

She added that the lack of a full police investigation did not give ‘reassurance that this case or victim has been dealt with fully’.

The allegation comes as a Tory MP ruled by a family court judge to have been raped and abused by her former Government Minister husband told The Mail on Sunday of her decision to reveal her trauma.

In a judgment released last week after Kate Griffiths waived her anonymity, former-Small Business Minister Andrew Griffiths was found to have raped her during an eight-year campaign of abusive behaviour. He denies the claims.

Ms Griffiths, who divorced her husband and succeeded him as Tory MP for Burton-upon-Trent, said she would have been ‘failing every victim of abuse who placed their trust in me if I hadn’t take the opportunity to support publication of this judgment’.