For five decades, the snowy cornfields of Iowa have yielded a crop of future presidents. And many Iowans are proud to be the first in the nation to vote in the presidential primary season.

And just how much does Iowa matter to those candidates? Back in the 1970s, CBS News’ Roger Mudd said, “It will be a psychological break for some of them. It will be probably a disaster for others.”

Appropriately, it took a farmer to put Iowa on the political map. “I thought we’d come in first,” said Georgia’s Jimmy Carter in 1976, “but to come in two-to-one ahead of the next candidate was a very gratifying thing.” 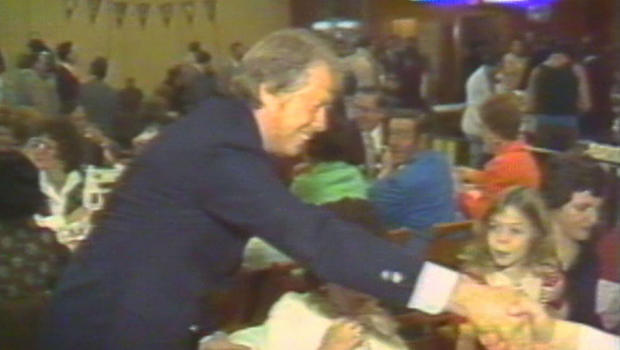 And without even spending the week before the caucuses in Iowa. “I haven’t been in Iowa in several days,” Carter told Mudd.

But by the ’80s, the Hawkeye State had become a “must” stop on the way to the White House, leaving the loser to come up with creative excuses. As Ronald Reagan said in 1980, after coming in behind fellow Republican George H.W. Bush, “Well, if I had to lose one, I’m glad it was a straw vote and not a primary.”

Four years later, Democrat Walter Mondale cleaned up in Iowa, partly because, as CBS News’ Bruce Morton explained, “Over two-thirds of Mondale’s voters said they were for him because they said he could beat Ronald Reagan.”

Iowa hasn’t always picked the winner. In 1988, George H.W. Bush was asked by a reporter, “Any second thoughts about what happened?”

Fewer than half of Republicans who finished first here went on to win the GOP nomination, but more often, Iowa Democrats do get it right, picking all but three of the eventual nominees — even when the rest of the country didn’t know to expect it. After Howard Dean won in 2004, his presidential dreams screeched to a halt.

But four years later, Iowa Democrats did place their hopes in change. “You have done what the cynics said we couldn’t do,” Barack Obama told his supporters.

Des Moines resident Tracy Murphy, a Bernie Sanders organizer, hopes it can happen again. But even as she dispatched Sanders volunteers from her home, Murphy wondered whether this weight should fall on her state.

“I love the popularity of being first in the nation,” she said. “I love all the attention that we get, but at the same time, I don’t think that it should be a ‘play favorites to Iowa’ all the time, and sometimes maybe somebody else should get to be first.”