The billionaire is best known for being the controlling shareholder of media empire ViacomCBS, which was created by a merger late last year, according to Forbes.

Redstone got his start in the media and entertainment industries when he joined his father’s movie theater company, National Amusements Inc. (NAI), in 1954, according to Britannica.

Previously, he had attended Harvard for his bachelor’s and law degrees and practiced law in Washington, D.C., and Boston, the encyclopedia website said. 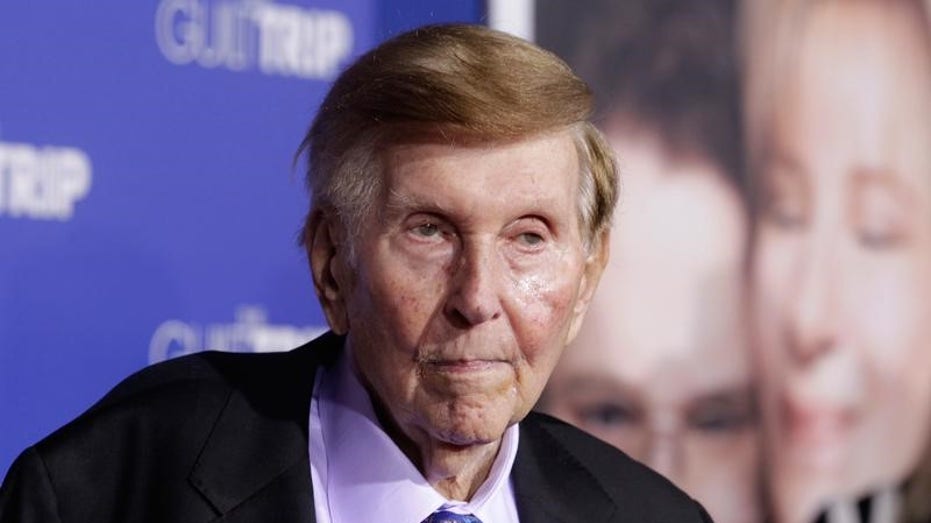 By 1967, Redstone was the president and CEO of NAI. Twenty years later, the company acquired cable network Viacom, which had previously spun off CBS in 1970.

However, Redstone led the way for Viacom to buy back CBS in 1999 for $36.5 billion, Forbes reported last year.

The companies split again in 2006 until they reunited again late last year.

Despite the 2006 split, Redstone was the chairman of both CBS and Viacom until 2016, when he was pressured to step down over questions of his mental competence, according to a 2016 report from The New York Times.

Today, Redstone’s daughter Shari is the non-executive chair of ViacomCBS, according to Forbes.

Redstone himself is estimated to be worth $3.2 billion, according to the website’s real-time net worth calculator.

Redstone is also a veteran. He attended Harvard during World War II and spent several of those years serving as a U.S. Army codebreaker, working to break Japanese codes, according to Military.com.