Both movies, which were executive produced by Wendy herself, cover the highs and lows she’s experienced in her life. They also delve into her rocky marriage to ex-husband Kevin Hunter (played by Morocco Omari).

In the trailer for the biopic, Ciera Payton’s Wendy gives her husband a look while he chats up a woman in a club and then looks devastated as a voiceover says, “He’s having a baby with her.” Cut to scenes of the two having intense arguments as Wendy says, “Before I had you, I had me. And not you, nor anyone else, have the power to take away my gifts.” Whew!

There has been plenty of real-life drama surrounding Wendy’s former marriage. But who is her ex-husband, Kevin Hunter, exactly? Here’s what you need to know.

Wendy and Kevin were married for over two decades.

The couple tied the knot in 1997 and divorced in 2019. “I don’t regret meeting Kevin,” Wendy said during a panel to promote her movie, per People. “I don’t regret falling in love, I don’t regret staying with him for all 25 years, 21 of them married.”

He worked as a TV producer.

Kevin and Wendy have one child together.

Wendy and Kevin welcomed their son, Kevin Hunter Jr., in 2000.

He’s a “serial” cheater, according to his ex-wife.

Wendy recently said during an interview on SiriusXM’s The Jess Cagle Show that Kevin was a “serial cheat,” adding that she knew he had affairs “almost since the beginning” of their relationship, including before they were married. Still, Wendy said, “I don’t regret putting up with him for all 25 years.”

Kevin had a mistress for years.

Wendy said on The Jess Cagle Show that Kevin “had a side girl for almost 15 years of our marriage.” She added, “I’ve known about her almost since the beginning.”

He had a baby with another woman while married to Wendy. 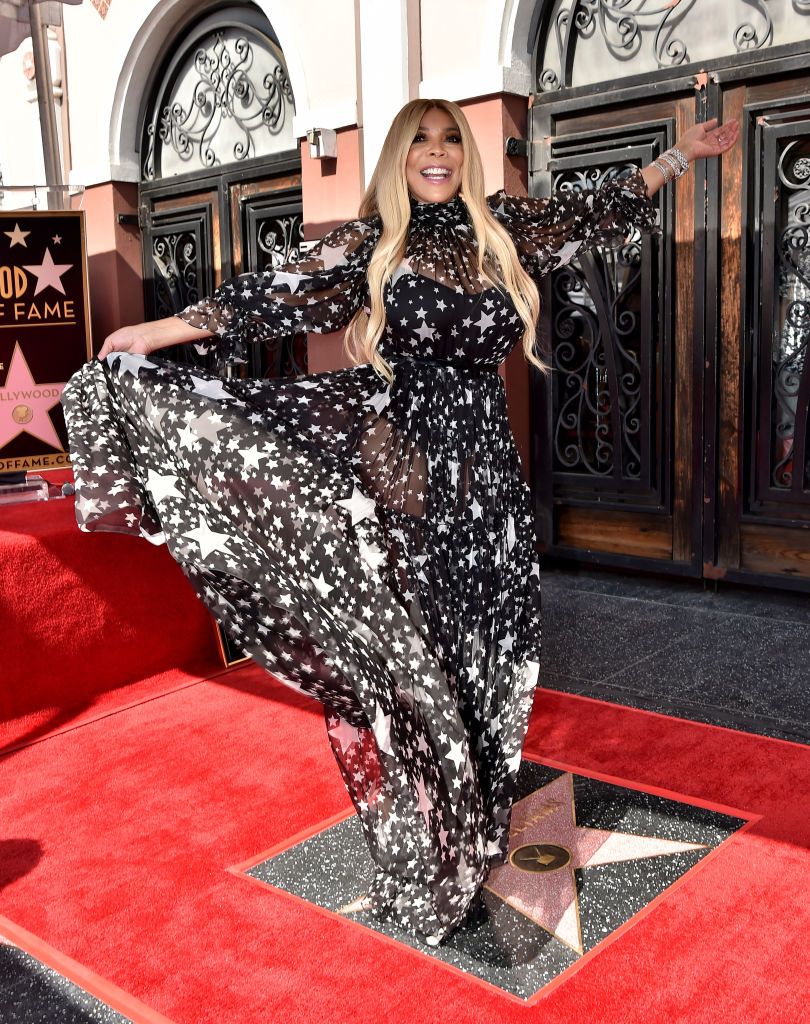 After months of rumors, Wendy confirmed to The New York Times in August 2019 that Kevin had a daughter with another woman—and that was the breaking point in their marriage. “Kevin had a major indiscretion that he will have to deal with for the rest of his life. An indiscretion that I will not deal with,” she told The Times. “I never thought that I would be in this position.”

Wendy said that she’s a “very forgiving person” but “there’s one thing that I could never be a part of, and that one thing happened. …Kevin has a daughter.”

Kevin later told People in a statement that he is “going through a time of self-reflection and is “trying to right some wrongs.”

Wendy recently told Extra that Kevin calls “from time to time,” and the two seem to have a decent-ish relationship. Kevin even came to Wendy’s mother’s funeral in 2019, she said.

“I don’t block his number…he’s my son’s father,” Wendy added.

Wendy showed she hasn’t exactly forgiven her ex for cheating, name-dropping Kevin’s former mistress on her show this week and even saying their daughter’s name on air. “I can’t believe how many people have been drawn into my situation over the 12 years that I’ve been here entertaining you on television. Welcome to ‘Hot Topics,’ Sharina Hudson. Getting out of my car with my money. Good morning, Journey. I think she’ll be three next month, don’t you know?” she said.