Hollywood has found a new normal when it comes to filming movies and television. Over eight months into the coronavirus pandemic, numerous guidelines and protocols have been put in place to allow the entertainment industry to get back to work.

These circumstances have created some unique situations on set for actors and crew alike – from wearing masks to using mannequin stand-ins to swishing with mouthwash before every makeout scene. Despite the extra precautions and the costs that come along with it, those on set are happy to be at work and have had mostly positive experiences.

Although everyone has their fingers crossed that the “new normal” won’t have to last for long, they’re making the best of the situation in the meantime.

“This Is Us” kicked off filming last month and Sterling K. Brown says things have been safe and secure so far and everyone is feeling good about the protocols.

“Now that we’re starting Season 5, it’s a new world order. It’s really interesting. There are all these protocols that are being put in place. These different zones that actors can occupy, camera people, hair and makeup. And then there’s different zones for the crew,” Sterling said on the Rachel Ray Show.

He continued, “We’re just trying to keep it as safe as possible, as little physical contact as possible. The only time the actors are supposed to touch one another is when we are on camera. After we finish, we go back to these little bubble pods, so that we’re separate from one another. It’s odd, but it’s a joy to be able to go back to work when you haven’t been able to work for six months.” 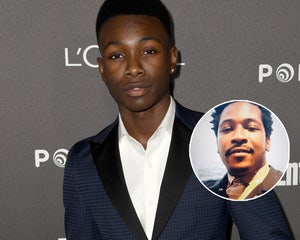 Jensen Ackles and Jared Padalecki filmed the final episodes of “Supernatural” during the pandemic and said things on set were extremely safe.

“Everybody was taking it very seriously. I would say being on set was safer [than] going home to my apartment, because everybody’s getting tested, everybody was healthy and was checked on such a frequent basis you knew that there was nobody carrying the disease. I’m being very cautious, and I would have felt comfortable hugging the crew members, just because I know that everybody was so diligently safe,” Jensen told Variety.

Jared added that no one was being reckless, otherwise “it would have been shutting down production and putting people out of work again, so everybody was more careful than they were required. We all felt the importance. We weren’t going out on weekends.”

KJ Apa and Lili Reinhart have both spilled about what it’s like to be filming “Riverdale” in the middle of the pandemic – including the makeout scenes! The intimate moments now require the cast to gargle with mouthwash for a full minute before they can film.

“Our new normal is washing our mouths before every take of a make-out scene,” KJ wrote on Instagram, including a video gargling with co-star Camila Mendes.

Lili noted that while things have been unusual, her castmates have been impressive, adding, “We’re just on top of our game. Being very safe. People wear lanyards with a color on them that indicate how close they can get to the cast. You’re walking around set, people see you and they go, ‘Oh!’ and they turn away from you as if you have like the plague because they can’t be in contact with you. It’s very strange.” 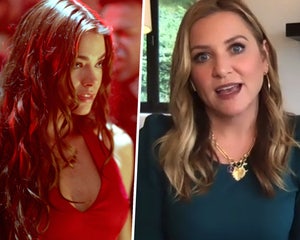 After “The Bold & The Beautiful” returned from their three-month pandemic hiatus, things were definitely different. Denise Richards said that cast and crew were tested weekly and temperature checks were implemented frequently on set. Some moments were filmed with mannequins and love scenes required her husband Aaron Phypers to fill in!

“It was challenging because the times our characters would get a little closer with each other, a mannequin would be there and I, the actor, stepped off to read the lines for the other actor talking to the mannequin,” Denise told AP.

She added, “We were asked if our significant others would step in…They said I could also have my love scenes with a mannequin – which is fine – but I’d much rather be with my husband.”

Production on “The Connors” restarted earlier this year and star Sara Gilbert says that while they had to take precautions, like not filming in front of a studio audience, she was thankful to be back at work.

“I’m just extremely grateful to be able to go someplace and be creative. It’s difficult sometimes because of the lengths we go to to stay safe. We don’t take our masks off until right when we shoot. And doing it without an audience, it’s a bit of a challenge to get your energy up to performance level. But the writers, they were like, it’s good, everything’s very natural. There’s no pushing. And I’m like, ‘Oh, was I pushing last season?’ You know, the insecure actor,” Sara told Newsweek.

Anthony Mackie has been busy filming “The Falcon and the Winter Soldier” in Czech Republic but says that the experience has been “awful.”

“Everybody’s afraid of each other. The food is bad, because they have to pack it up somewhere else and bring it to us in ziplock bags. There’s no football. I missed LeBron winning the championship. It’s crawfish season. I got all kinds of problems going on!” Anthony told ET.

He added, “It’s literally you’re living in quarantine. It’s not like the NBA bubble, where they had, like, a barber shop and friends to hang out with. No, if you get within six feet of somebody, there’s some little Czech dude coming, poking you with a stick and saying you have to move. So, it’s rough.”

Early in the pandemic, Zendaya teamed up with “Euphoria” creator Sam Levinson to film a yet-to-be-released movie titled “Malcolm & Marie.” The idea for the film stemmed from the duo’s desire to do something creative during quarantine and was actually paid for entirely by Zendaya and Sam.

“Everyone had to quarantine and get tested in order to shoot in isolation. We created our own little bubble and made sure that once we were in, we couldn’t leave. We were able to workshop and rehearse together — it was very much like a play,” Zendaya told InStyle of the small cast and crew.

She continued, “I did my own hair and makeup and dressed in my own clothes. And then we shot in black and white on film, so we’ll see how it turns out. I think we were able to create something really special. And I’m grateful that we learned how to do it on our own.”

Cardi B shot her “WAP” music video in the middle of the pandemic and said that keeping things safe cost a lot of money!

“It was kind of weird shooting the video in the age of corona. Like, we had to spend $100,000 just on testing. Everybody on the shoot had to get tested for coronavirus. We had a tiger and a leopard there, but we didn’t film with them in there because of safety and because of the pandemic. We spliced those scenes together,” Cardi told i-D magazine.

Over the summer, Tyler Perry shot four different shows at his Atlanta studio by creating a safety bubble he dubbed “Camp Quarantine.” His team worked with medical professionals including Dr. Sanjay Gupta to create a rigorous testing schedule and implement safety protocols that included wearing masks up to 14 hours a day. This meant accounting for extra water breaks as well as additional PPE. Tyler also had cast and crew move into the studio, requiring the addition of 315 one-bedroom housing units on the 330-acre campus.

“Listen, I was the mask police…I made sure that the cast and crew and everybody wore their masks when they weren’t on set because I do know for a fact that masks help stop the spread — scientifically, I know that. And everybody adhered to that, even though we were all testing negative. I just didn’t want someone to be incubating with [COVID-19] for three to 12 days, and we not know it,” Tyler told Variety.

“Chicago Med” actress Torrey DeVitto says that the new protocols for filming the show have been “intense” but have made her feel safe on set. These precautions include the cast coming to work early five days a week to get tested.

“It’s been really interesting. For everyone in the world right now, it’s a whole new world, but working under these conditions is really interesting because there are so many protocols in place. It was really mind-blowing for me, how well NBC kind of took control of the situation and how much they’re spending just on keeping us safe alone,” Torrey told Us Weekly.

She added, “We’re only allowed to have our masks off for 10 minutes at a time, so once we take our masks off during shooting, a timer goes off, and we have to do 10 minutes on the dot…I kind of have to take a moment to remember — and I have to ask [questions] as well because my mind gets so caught up in all these protocols!”

KJ Smith shot “Sistas” as part of Tyler Perry’s “Camp Quarantine” over the summer and explained that when she arrived to see staffers in hazmat suits handing out PPE, she knew she was “in the safest place on earth.” Despite the safety precautions, she added that it was tough in the beginning to get used to the new protocols. 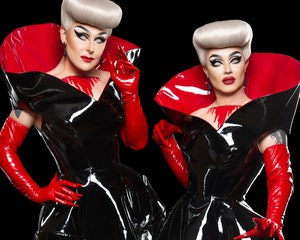 The Boulet Brothers just wrapped filming on a two-hour special of their competition series “Dragula,” which follows the duo as they drive across the country to watch seven competitors duke it out for the top prize. Before leaving on the trip, they quarantined with their small crew and due to the minimal staff on set, The Boulets had even more of a hand in production than usual. Even though the group took the upmost precautions, they said the entire process was still scary.

“It was dangerous, you know? As we were leaving, we were noticing as we were getting to some of these places that were ‘red zones’ that were not taking it so seriously, there were a lot of people not wearing masks. There’s a lot of people just going to restaurants. It was kind of terrifying honestly,” Dracmorda told TooFab.