A DAD fears his daughter may never walk again after her cold turned into a rare illness far more sinister.

Jafer Mammoo believes doctors played “Russian roulette” with his two-year-old Verity Willmott-Mammo, who he struggled to get a diagnosis for. 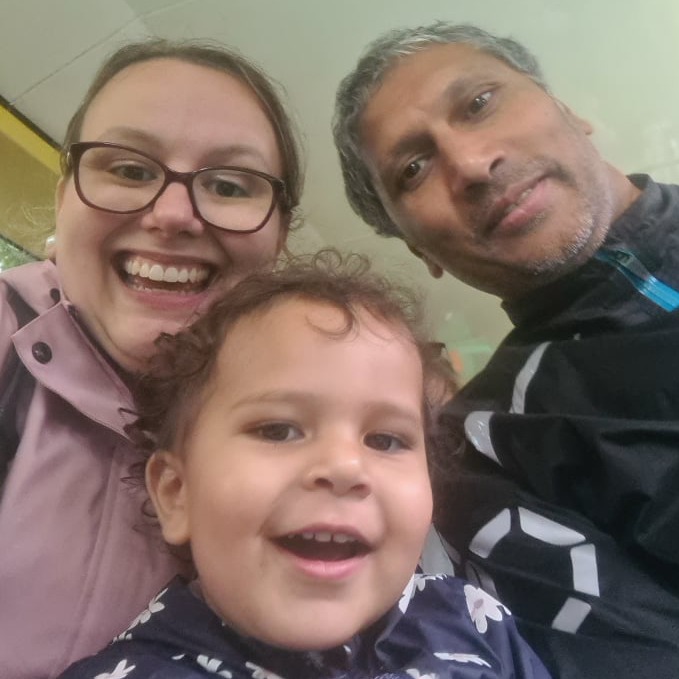 He said: “They kept treating us like we were hysterical parents.

"She was a fully able-bodied, energetic child, and now it could be she might not be able to walk."

When Verity first fell ill she looked like she had a “general bug”, Jafer said.

But he and Verity's mum, Danielle Willmott, grew concerned when her condition worsened and she was struggling to stay awake.

Jafer told BerkshireLive: "We took her to our GP, who said she had tonsillitis and gave her antibiotics. She didn't get any better and we took her to A&E."

Jafer claims the doctors focused on her hip and suggested there was inflammation in her joints.

But, as Verity’s condition progressed over time, the father pushed for more tests to work out if there was a neurological problem causing her mobility problems.

He said it got to the stage where "my daughter could hardly use her arms”.

Jafer visited doctors multiple times over an unknown time frame, but felt he was “dismissed” at each corner.

He claims they were told to give their daughter traditional home remedies for common bugs, including "chicken broth and vitamin C".

Jafer said: “We could see she was finding it more and more difficult to walk. She was starting to limp and was practically bed-ridden on the third occasion we went.

"She wasn't getting better.

Eventually Verity was taken by her parents to doctors at Frimley Park Hospital, Surrey.

Jafer said they “saved her life” because they “had an open mind” about what could be causing Verity’s symptoms.

She was diagnosed with acute disseminated encephalomyelitis (ADEM), a rare inflammatory condition that affects the brain and spinal cord.

It often follows on from a minor infection such as a cold and comes on rapidly over hours or days, causing weakness, unsteady walking and seizures.

An MRI scan of the brain and sometimes the spine is the most helpful in making the diagnosis of ADEM, says Great Ormond Street Hospital (GOSH).

We could see she was finding it more and more difficult to walk.

But GOSH says “ADEM can be difficult to diagnose and often needs specialist tests”.

Jafer said he was "extremely frustrated" at the staff at the Reading hospital who “didn’t examine her properly”.

He said: "One doctor did agree she needed an MRI scan, but this wasn't authorised. I'm not a medical expert, but I'm sure this would've have diagnosed the condition if they had carried out the test.

“Had they identified it and given her the steroids she needed, it would have stopped it getting worse and she would have retained more mobility.

"We were treated as being irrational parents, but in my eyes by guessing the diagnosis, they're playing Russian roulette with my daughter's and public health.

“They came across as callous, apathetic and dismissing our concerns. They didn't want to do the assessments and decided to guess what was wrong with her."

The family are waiting anxiously to find out how ADEM could affect Verity long term.

Usually ADEM is a one-off short term illness that clears with treatment, but it could persist for several months or leave patients with long-term confusion or drowsiness.

Sometimes children can go on to have multiple sclerosis (MS) in the future, which causes problems with vision, mobility, the bladder, speech and mental health.

Jafer said: "This could have caused her to lose her sight and the ability to swallow and lose her cognitive function. The deterioration was obvious, she was limping, she couldn't hold herself up.

"I believe having the scan earlier would've identified this and help her get the treatment she needed."

A spokesman for the trust explained: "Our paediatric and orthopaedic teams carried out a comprehensive series of tests and reviews during outpatient and inpatient appointments at Royal Berkshire Hospital.

"As part of this package of care we reviewed the patient for an hip MRI scan and, following detailed discussions between the teams it was decided an MRI scan was not necessary at the time.

"Throughout the time the patient was being cared for at the RBH our teams have listened carefully and respectfully to the family’s concerns. We are getting back in touch with them to talk through any further issues they wish to raise and to answer any of their questions.”