The vlogger who beat famous fathers to be named ‘Celebrity Dad of the Year’ has revealed he’s being plagued by online trolls, who have accused him of abusing his children, resulting in a visit from the police.

Jonathan Saccone Joly, 39, from Surrey, is a father-of-four who has spent the last nine years vlogging his life alongside wife Anna, 31, and four children Emilia, 6, Eduardo, 5, Alessia, 2, and newest addition Andrea.

In a video that has now been viewed over 500,000 times, the couple said trolls ‘try to destroy their lives every day’ by contacting ‘brands, family and their children’s school’ and calling Jonathan a rapist.

Anna added that when their daughter Alessia was born, trolls phoned the police to report them for child abuse, resulting in a visit from the police.

The couple told FEMAIL they have lost business from brands after the trolls ‘relentlessly’ spread ‘wild allegations’, which they insist are absolutely untrue. 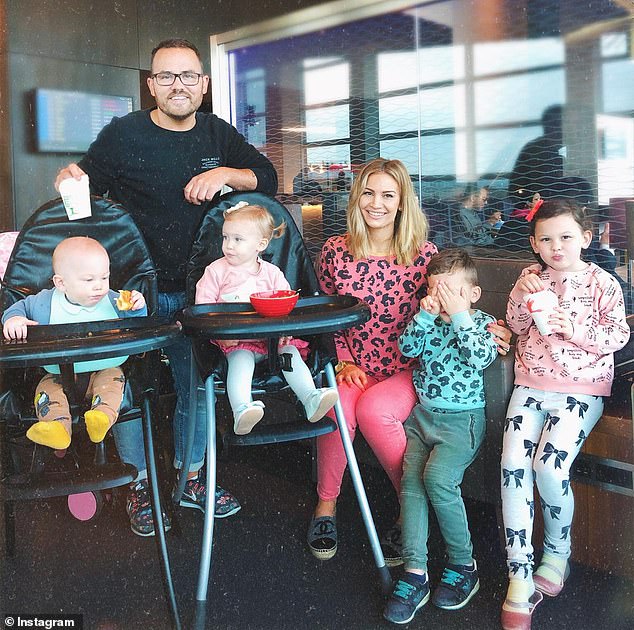 Jonathan Saccone Joly, 39, and his wife Anna, 31, said online trolls were ‘trying to destroy their lives’ by spreading rumours that he is ‘a rapist’ (l-r pictured with his children Andrea, Alessia, 2, Eduardo, 5, and Emilia, 6) 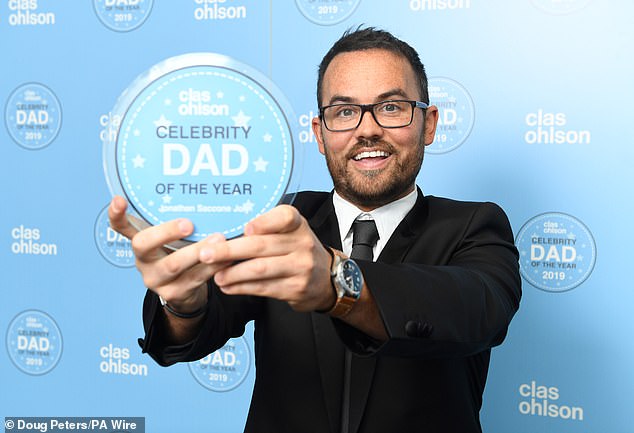 The daily vlogger, who has posted videos on his YouTube channel every day since 2010, was named Celebrity Dad Of The Year earlier this summer

Johnathan has filmed his daily life since 2010, initially using it as a way to impress his then-girlfriend Anna, and as their lives progressed through marriage and children, their social following grew.

In 2011, Jonathan packed in his day job and started life as ‘a full time vlogger’, and now the couple have over four million followers.

But in one of their most recent videos, the couple revealed how they have been subject to a torrent of abuse from an online troll. 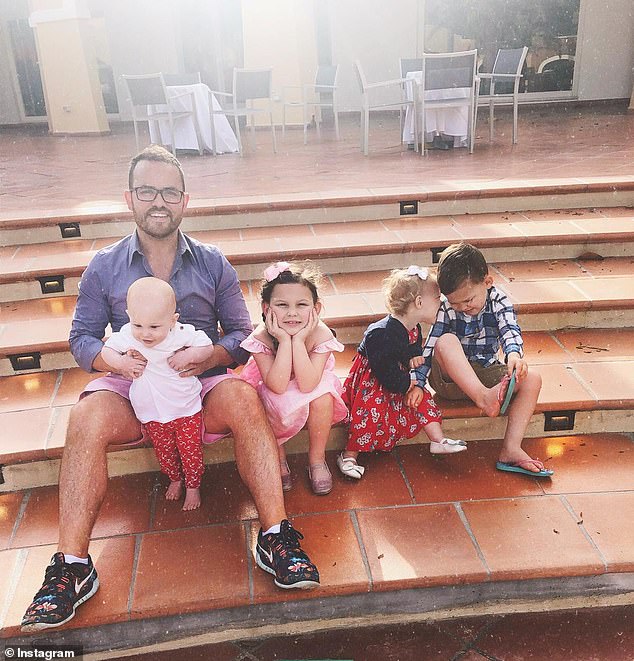 The couple, who have four children together, say the troll has contacted their children’s school, gymnastics and swimming pool to spread the lie (l-r pictured with his children Andrea, Emilia, 6, Alessia, 2, and Eduardo, 5) 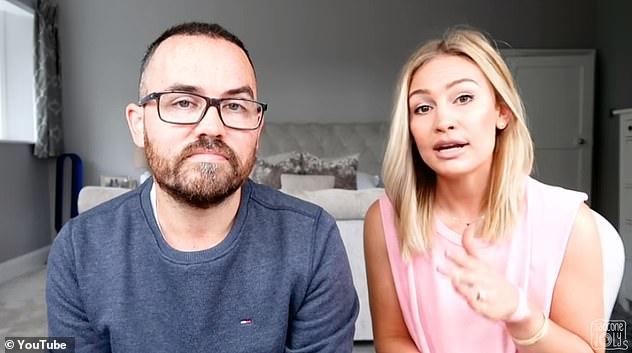 Jonathan said that they had been plagued by a ‘constant’ disruption for five years from a stranger who has tried to ‘destroy’ their reputation.

Anna went on to explain that the trolls ‘always go back to the same thing’, returning to a joke that Johnathan made about putting a date rape drug in Anna’s cereal.

Johnathan made the joke in a video in December 2015, but after a backlash they removed the clip, apologised online and donated all of the money from the video to a woman’s shelter. 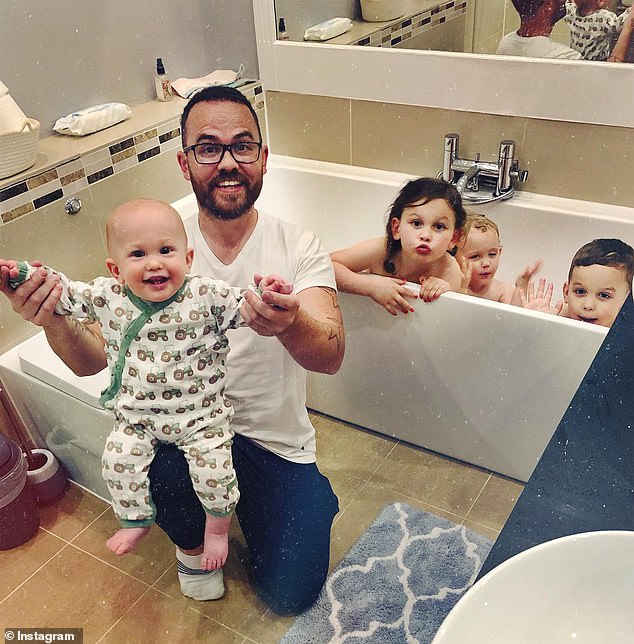 Jonathan said the troll had tried ‘very, very hard to destroy everything’, including Celebrity Dad of The Year, which he was awarded earlier this year (l-r pictured with his children Andrea, Emilia, 6, Alessia, 2, and Eduardo, 5) 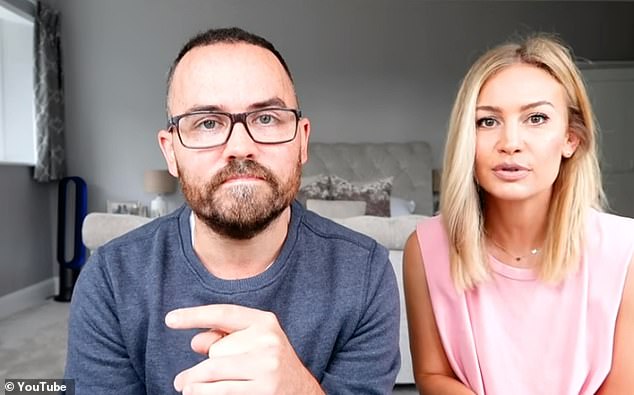 Anna continued: ‘This person literally goes to every single brand, every school, every establishment, our kids where they go to gymnastics, swimming, everything and tells people that Johnathan is a rapist. And tells them that we as a family condone rape.’

Johnathan added: ‘They tried very very hard to try to get the Celebrity Dad of the Year thing destroyed and it didn’t happen. Every day they try very, very hard to destroy everything.’

She added: ‘You’re not okay. This is sick, nobody in their right minds does this kind of thing.’ 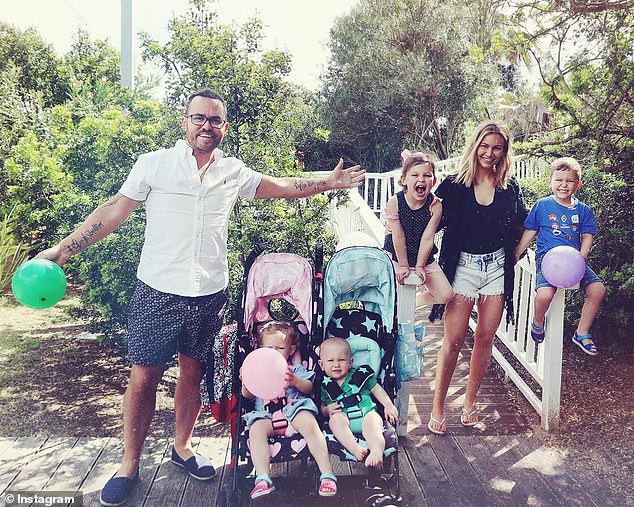 The couple said they believe trolls have tried to ‘hack into’ their children’s schools parenting platform to access personal information (pictured with (l-r pictured with Alessia, 2, Andrea, Emilia, 6, and Eduardo, 5)

The mother-of-four went on to explain that she believes the same troll called the police, and told them the couple were abusing their children.

Anna said she had been left ‘traumatised’ by the interaction, revealing: ‘That was one of the lowest points of my entire life. After we had Alessia, seven weeks post partum, the police came to the door to check her for bruises.’

Jonathan told FEMAIL that the trolling had left their friends and family ‘angry, protective and alarmed’, because there is ‘no clear-cut route’ to put a stop to the bullying. 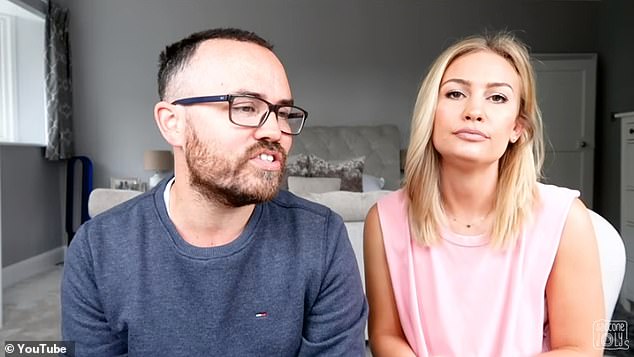 The couple said they’ve spent ‘a lot of money’ building a legal case against the trolls, and ‘strongly believe’ there should be legal protection put in place for online bullying.

They added: ‘It has definitely escalated in recent years, but there is no direct pattern to their behaviour which makes it difficult to take action against.’

The couple said they h ave ‘absolutely’ lost business over the troll’s behaviour, adding: ‘They are relentless in trolling the brands we work with as well as us, despite their claims being entirely fabricated and totally untrue.’