Victoria’s native animals and natural landscapes are in a state of serious decline, as population growth and land clearing put ecosystems under pressure and climate change causes more extreme natural disasters such as bushfires.

A wide-ranging state government inquiry into the state of health of Victoria’s environment has found clearing of native vegetation and the creep of invasive species are threatening the state’s biodiversity. 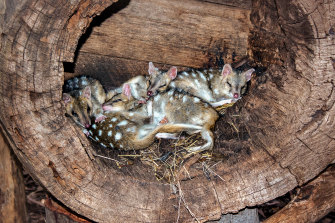 Land clearing and climate change are contributing to the decline of Victoria’s native animals. Eastern quolls are endangered.

There are significant declines in the number of native plants and animals, and those already listed as threatened are not being properly protected, the inquiry found. Invasive weeds and feral animals now live in all terrestrial and aquatic environments across Victoria and are a key reason for the declining health of the state’s ecosystems.

And while the government’s diversity strategy sets important goals around protecting threatened species, its agencies lack the funding to implement them.

“Within just a few generations, once-common animals and plants are slowly disappearing, confined to smaller and smaller pockets of intact habitat,” said Matt Ruchel, executive director of the Victorian National Parks Association. “Ecosystems, the fabric of life, are in the process of collapse before our eyes.”

The inquiry heard evidence that only a small number of species listed as threatened have government action plans, despite this being a mandatory requirement under Victorian law. 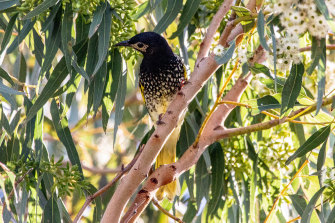 Environment monitoring and data is too patchy to accurately identify the extent of species in decline, and the distribution and abundance of pest species is poorly understood. As a matter of urgency, these initiatives should be properly funded, the inquiry was told.

Climate change is driving more frequent and severe bushfires in Victoria, which are devastating native animals and threatening the viability of the state’s mountain ash forests, rainforest and sensitive plants.

While contributors to the inquiry were generally supportive of the state government’s approach to climate change, it was felt there should be more emphasis on restoring biodiversity.

The Greens-initiated inquiry received almost 1000 submissions, the second-biggest response ever to a state inquiry, and its 600-page report was tabled on Thursday. The report contains dozens of findings and recommendations over two volumes. 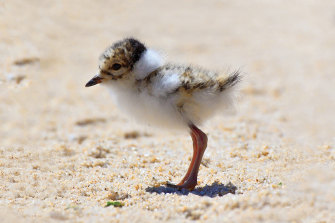 “It’s outrageous that this state government is happy to throw billions towards polluting mega toll roads or prisons, but only pennies towards our environment and wildlife,” Ms Sandell said.

“We want to see a massive funding boost in next year’s state budget to protect the now 2000 species that are at risk of extinction in our state.”

The inquiry found the government had not delivered the promised western grassland reserve, and the dwindling areas of high-quality grassland left within the reserve’s proposed area should be urgently acquired.

It recommended the state government develop a stand-alone environment department to prevent conflicts of interest with other departments such as planning. It also called for an independent regulator.

The government should trial the reintroduction of dingoes as an apex predator into suitable areas to assess the ecological benefits, the report said, and revoke orders that declared dingoes as “unprotected wildlife”.

In a finding that is likely to be controversial among forest advocates, the inquiry said Victoria’s forestry plan struck the right balance between increasing forest conservation and allowing time for the forestry industry to transition to plantation-based supply.