There has been a particular type of person – mostly women – who have climbed (others say "clawed") their way to the helm of Australia's two leading gossip magazines.

A sexist statement? Well, I've seen their talons, and can confirm they are very sharp and can make grown men quake in their boots. 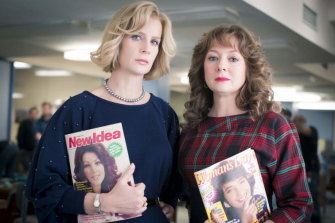 Tough, canny, ruthless and somewhat fearsome, it's no wonder they made the Paper Giants mini-series about the business and the characters which inhabit it.

Indeed, I remember the likes of former Woman's Day editor Nene King well – the woman who boasted she slept with a copy of her beloved tome under her pillow each night, and once blew up at me over a piece I'd written about her beloved magazine, telling me: "I'll have your guts for garters!" 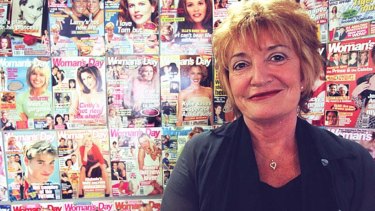 Her great rival at New Idea, Dulcie Boling, faced off the Queen when she secured the global exclusive to the Camillagate tapes which would expose Prince Charles and his then girlfriend Camilla in the most embarrassing of ways.

King upped the ante when she bought the exclusive photos of the Duchess of York Sarah Ferguson's now infamous toe-sucking photos and splashed them on her cover. 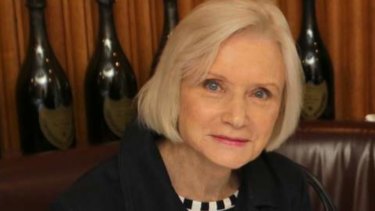 But neither of the current editors of either Woman's Day or New Idea are doing much bellowing, let alone sleeping, these days.

Having been the bitterest of enemies for nearly a century, the once-unthinkable prospect is now looking increasingly likely: Woman's Day and New Idea joining forces to take on the Instagram generation.

And what a delicious idea it is too.

In recent days, when I cheekily suggested such a loveless union could result in Woman's Day editor Fiona Connolly finding herself working for her old foe at New Idea, Louisa Hatfield, the reaction from both camps was deathly silent … and decidedly frosty.

Just as newspapers (including this one), television and radio stations have had to reinvent and re-configure to survive in the vastly changing digital media world of the 21st century, the time has now dawned for the one-time cash cows of the magazine world to face up to reality.

The days of paying Shane Warne and Liz Hurley hundreds of thousands of dollars to wear matching outfits and frolic on a beach for their cameras are over.

As are the days when Woman's Day and New Idea were a licence to print money for their various owners, which over the years have included the likes of silver-tails the Packers, Murdochs, Fairfaxes.

For months now talk has been swirling that Pacific Magazines, the parent company of New Idea which is owned by billionaire Kerry Stokes, would soon be sold off to its arch rival Bauer Media, the current custodians of Woman's Day, owned by German-based billionaire Yvonne Bauer.

In truth it's a rumour which has been bubbling away for at least two years, but in recent weeks has gained greater momentum, with Pacific's parent company Seven West Media in the throes of a major cost-cutting exercise as its recently-installed new chief executive James Warburton seeks out ways to improve the company's worrisome bottom line.

Not that Bauer has found Australia to have particularly rich pickings since buying out the old ACP publishing house from the Packers for about $500 million seven years ago.

The magazine business they bought – which along with Woman's Day includes the Australian Women's Weekly, TV Week, Gourmet Traveller, Harper's Bazaar, Belle, NW, Take 5, Australian House & Garden and Elle – is today worth a fraction of what they paid.

Indeed since the Germans arrived, Bauer has been more famous for closing down magazines – such as Cosmopolitan, Cleo and Dolly – than for launching them.

Financially speaking, magazine publishing in Australia has been in the doldrums for most of the past decade. But despite the downturn in advertising and sales revenues due to the migration to social media and digital platforms, Woman's Day and New Idea stand out as two of the most profitable print mastheads in the country (though neither is generating anywhere near the $30 million in annual revenue – each – they once were).

The gossip mag industry is cut-throat. Each Monday morning the mastheads deliver their wares, though with newsagencies increasingly disappearing, their distribution channels have changed dramatically.

Within 24 hours of going on sale, both magazines have access to supermarket scan data to give them an indication of what covers, what celebrities and what stories are generating the greatest sales, effectively helping shape the thinking on what themes and stories to pursue for the next issue.

That, combined with the data generated every minute from their online activity, means the magazines have more insight into their audience's tastes than ever before in their century of publishing history.

And yet, somewhat remarkably, both Woman's Day and New Idea still rely on the same formula which has underpinned the business for decades: royals, showbiz and lashings of scandal.