From singing on the streets to landing a record deal: Busker discovered after live streams of her singing to shoppers in York went viral on TikTok now earns reveals she can earn more than £1,000 an HOUR for sets

A busker who was so nervous about her first gig that she hid in an alleyway has revealed how advertising her street appearances on social media has seen her win a record deal.

Liv Harland, 23, from York, says her fan-base started to soar after she decided to add a digital twist to the centuries-old craft of singing for her supper – by live streaming them on social media.

So lucrative have some of her recent gigs been, which are usually performed on the shopping streets of York, that she’s earned in excess of £1,000 for just an hour’s work – as donations have poured in online alongside the coins and notes left in the street. 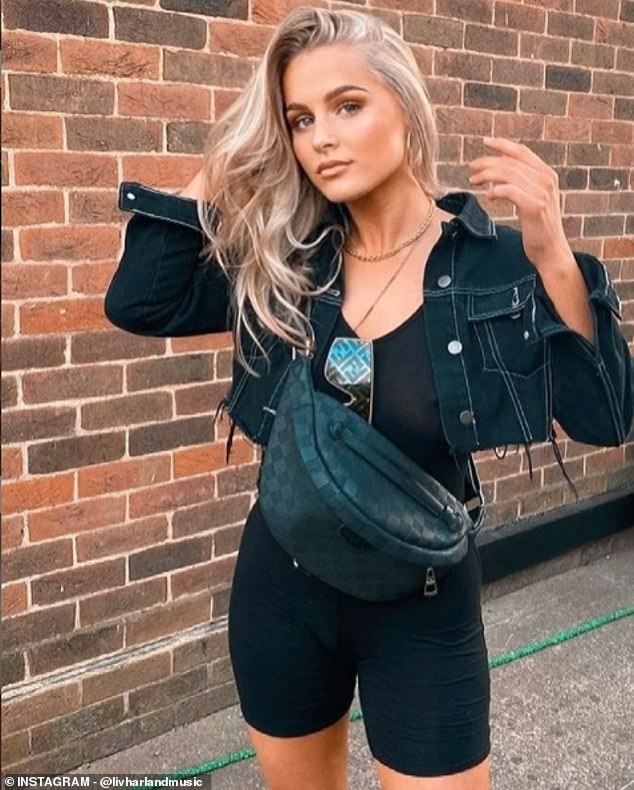 Liv Harland, 23, from York, has amassed a huge social media audience with her stunning voice – but started out singing on the streets of York to shoppers

Now Harland, who first started busking four years ago, has been offered a record deal, after her most successful TikTok videos were viewed by 20 million people and fans began turning up to support her busking sessions.

The label frtyfve has signed her, with a nine-song deal in the bag plus the kind of marketing, photo shoots and studio time she could once only have dreamed of.

Harland told FEMAIL: ‘I’m so surprised and taken back by the reaction I’ve had – I would have never thought in a million years I’d have a fan base!

‘My first busking session was in York and I hid away in an alleyway because I was so nervous.’ 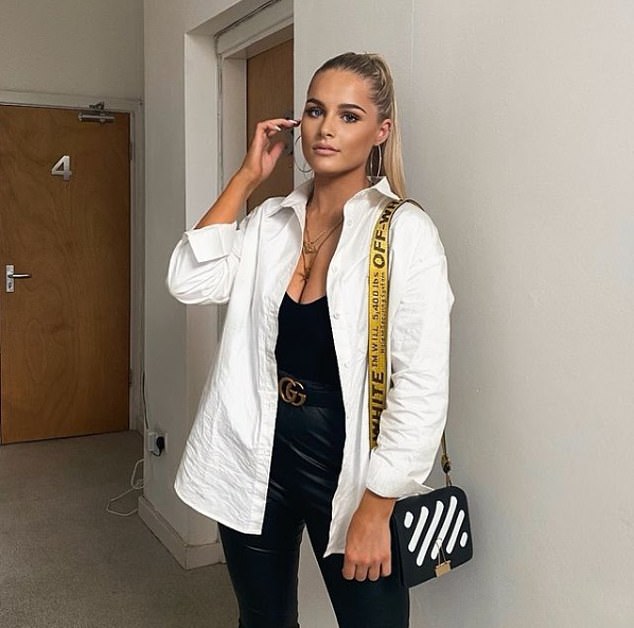 She told The Times earlier this week that busking is now a viable way in for aspiring musicians.

‘When I started out four years ago, a lot of people looked at busking as almost like begging. But it has changed.’

She says she’s been singing since her early childhood growing up in Harrogate, saying: ‘I was always singing and doing stage school classes. I performed in front of my whole school in year 7 and 8. ‘ 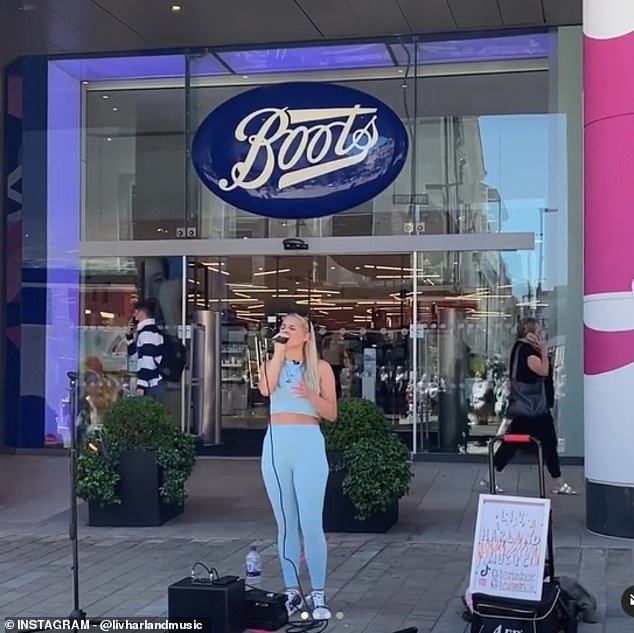 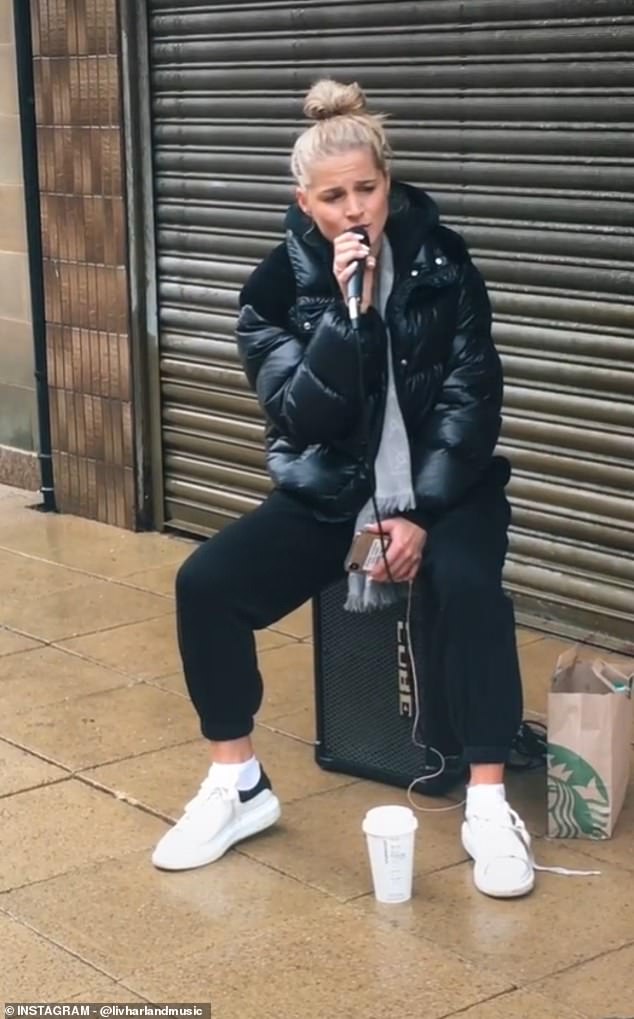 After being signed by record label frtyfve, Liv can now access marketing and studio time – and reveals she’s given up her job in childcare

Hopeful of long-term success, Harland has now quit her job working in the kindergarten at an independent school in York to focus on music full time.

Of the money made from her live streams, she said: ‘They’ve been crazy fun and a decent income alongside the cash from busking in the street.’

She’s also moved into her own place, saying not everyone was a fan of her singing: ‘I’ve moved out and got my own place now as I was singing all hours of the evening!’