Iconic Aussie singer tells of Crown Prince Frederik and Princess Mary’s special connection to his famous hit single: ‘He leaned in and said “we fell in love to your song”‘

An Australian singer has revealed how Crown Prince Frederik of Denmark admitted to them that he fell in love with his now-wife of 18-years Mary listening to one of their songs.

Alex Lloyd said he was told by Prince Frederik himself that the Crown Prince Couple have a special connection to his song Black the Sun in a throwback post on his social media pages.

The singer shared an image of him with Mary and Frederik as well as the late Olivia Newton John at the Australian Red Cross Royal Gala Ball in 2005. 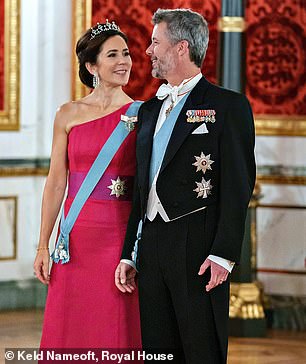 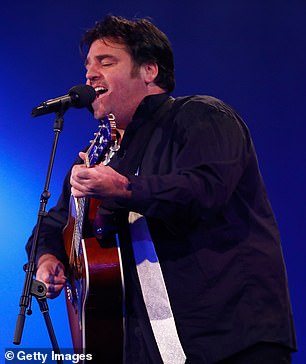 ‘I can still remember shaking hands with Prince Frederik, when he leaned in to tell me that he and Princess Mary had actually fallen in love to my single ‘Black the Sun’,’ he wrote. 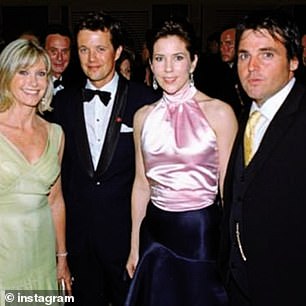 ‘Music really is the universal language..⁠’

Alex is best known for his song ‘Amazing’ and found fame just a year before Frederik met the Australian-born Mary at the Slip Inn pub in Sydney in 2000.

He said he was even flown over to Denmark ten years ago to sing the track at Mary’s birthday.

‘Years later I was lucky enough to be invited to their palace to play at Princess Mary’s 40th in Copenhagen, which is such a beautiful city,’ he added.

‘Special memories that will not be forgotten!⁠’

However in 2019 for Black the Sun’s 20-year anniversary, Alex made an awkward admission.

He told the Herald Sun the pair’s love track was actually written about his heartbreak after splitting with a ex-girlfriend.

‘Black The Sun is a proper broken-heart song for me. It’s the full-on I hope you are thinking of me when you are with someone else’s song,’ he said.