There street where I grew up: Deborah Meaden, 63, entrepreneur and Dragons’ Den star shares memories of Bellfield Ave, Brightlingsea, Essex

When she was 17 my mother Sonia eloped to marry her sweetheart but it didn’t work out and she found herself on her own with two young children – me and my older sister Gail.

I was born in Somerset but we moved around a lot between rented houses. We must have moved six times before I was ten.

My most vivid childhood memories are of Bellfield Avenue, Brightlingsea, in Essex, where we lived in a tiny house which wasn’t our own. It had two bedrooms and a box room and was the home of a couple we called Auntie Angela and Uncle Derek.

They weren’t relatives and I have no idea how my mother knew them, but we moved in with them when I was about four. My mother had to earn money, so she’d leave us in Brightlingsea over the summer while she worked at Butlin’s in Clacton-on-Sea. 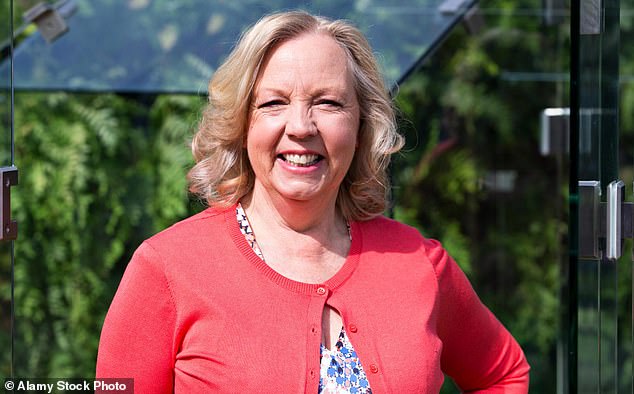 We cried when Mum left but Angela and Derek – who had four children of their own – would put their arms around us, and Gail and I would have an absolute ball in this tiny, jam-packed house. Uncle Derek was a fisherman, and he’d pop me onto his shoulders and hold Gail’s hand and take us onto the marshes to gather winkles for him to sell.

They had a cat called Mitzi who was very grumpy and would swipe at me when I tried to grab her tail – but I could never resist! They also had a budgie which they’d let out into the garden. Astonishingly, it always came back to its cage.

It was at this magical little house that the things I love most – nature, animals and gardens – took seed. Angela and Derek grew their own fruit and veg out the back and I remember the sweet taste of ripe gooseberries picked from their bushes.

They gave Gail and me our own patches of garden, too. Mine was based on the nursery rhyme Mary, Mary, Quite Contrary because Auntie Angela said I was contrary. 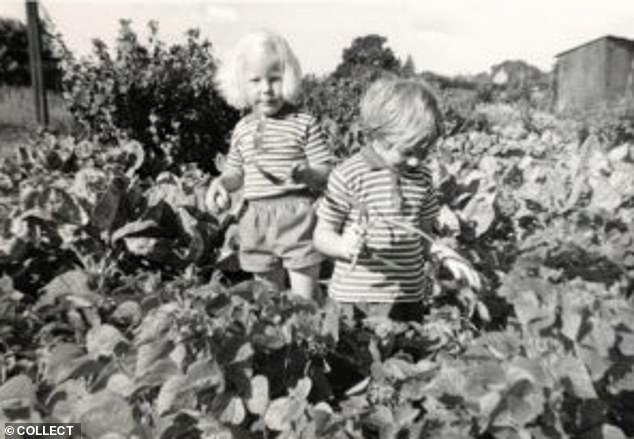 Deborah remembers the garden where her and older sister Gail were given their own patches. Hers was based on the nursery rhyme Mary, Mary Quite Contrary

I was certainly very independent – I still am – but as a child, I was possibly verging on wilful. My garden was planted with pansies and cockle shells, and I had this little silver bell so I could properly illustrate the rhyme.

Behind the garden, there was a common where we built dens with our friends from two doors down.

There was a corner shop where we could buy Fruit Salad chews with our tuppence pocket money, and over the road was a crab apple orchard where we used to go scrumping, which was especially exciting when we were joined by the local boys. It was total, joyous freedom.

When Auntie Angela baked, I’d get to lick the bowl and my sister had the spoon, then next time it would be the other way round. Auntie Angela was unfailingly fair, and that ritual ingrained in me a sense of justice.

When the Bunty comic came in, it would be given to the eldest child first and work its way down; it wasn’t her children versus us, which felt right.

When I was seven, my mother married Brian Meaden and we moved back to Somerset. The freedom of Bellfield was over and I started school.

Brian became a true father to us, and my mother turned her life around when they formed a holiday parks business together. I studied business at college and started my first company aged 19.

My attitude to childhood is that if you’re safe, warm and have those who care for you, that’s happiness. Angela made us feel so secure, and the summers my sister and I had with her and Derek will never be forgotten.