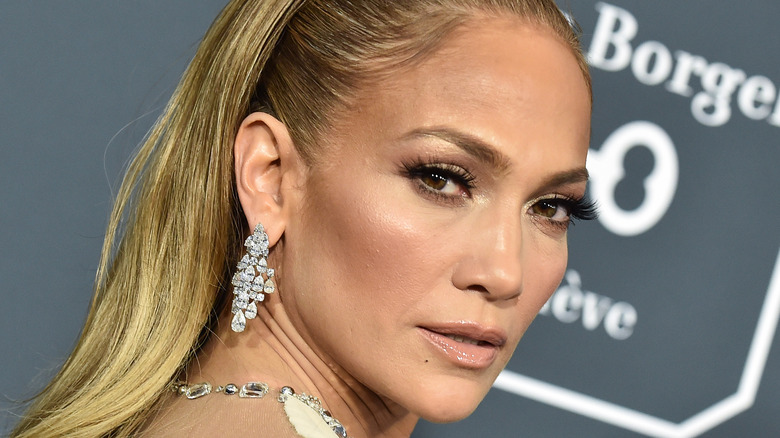 Jennifer Lopez is arguably one of the most beautiful celebrities of all time. In addition to her good looks, she’s also a triple threat as a singer, actor, and dancer. The woman’s so talented and gorgeous, is it any wonder that she’s had a long line of high-profile relationships? JLo’s dating history is interesting to say the least.

The “Hustlers” star has become known for her romantic tryst. In fact, her romantic history in Hollywood dates back to 1997 when she married producer Ojani Noa, according to Page Six. The couple’s marriage only lasted 11 months before they called it quits. 10 years following their divorce, a court-appointed arbitrator issued an injection that permanently prevented Noa from “criticizing” or “casting a negative light” on Lopez.

Two years after marrying Noa, Lopez moved on to music mogul Sean “Diddy” Combs. The couple met on the set of a music video and became one of music’s hottest pairings. The couple eventually ended their romance in 2001 and JLo later admitted that the rapper had cheated during their relationship.

By September 2001, Lopez tied the knot with dancer Cris Judd, a backup dancer she met ad hired for her “Love Don’t Cost a Thing” music video the year prior. The pair called it quits the following June. After the split, per Us Weekly, Judd said of marrying Lopez, “Your privacy is breached. You’re no longer a normal person.”

Jennifer was engaged and then married, but not to the same person 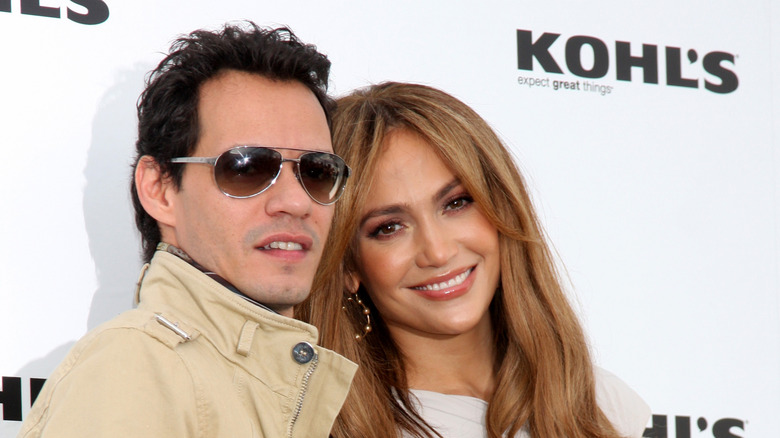 One of Jennifer Lopez’s most famous relationships was with actor Ben Affleck. The couple met on the set of their film “Gigli” and quickly became named “Bennifer.” The duo got engaged in November 2002, but shockingly called off their wedding just days before the ceremony, per Us Weekly.

They later announced their split in January 2004. JLo quickly moved on from her engagement to Affleck and began dating singer Marc Anthony. The couple wasted no time tying the knot by June 2004. Their marriage lasted until July 2011 and produced twins, Max and Emme, who were born in 2008.

Just four months after her split with Anthony, Lopez began dating her backup dancer Beau “Casper” Smart, who was 17 years younger than her (via Page Six). The pair dated for over two years before calling it quits. They briefly reunited in 2015, but ended things for good in 2016. Following the split with Smart, JLo was said to have a brief fling with rapper Drake. The pair only dated for about a month before ending the short-lived romance. 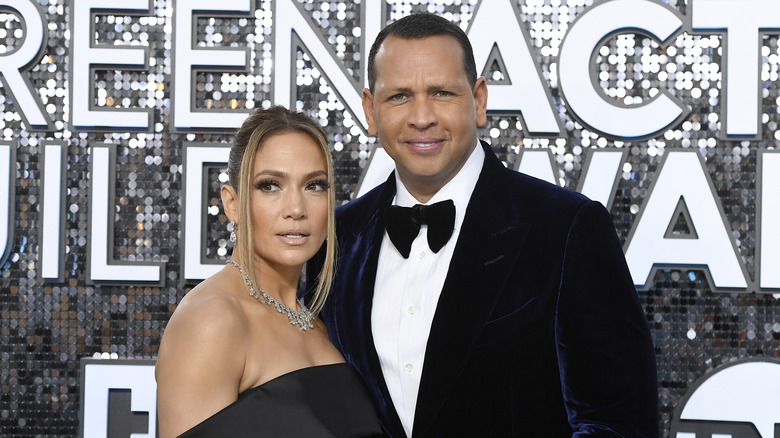 According to Page Six, Jennifer Lopez began dating former New York Yankee Alex Rodriguez in March 2017. The couple looked to be a match made in heaven as they appeared to have a lot in common and share children around the same ages.

“They are really into each other because they have so much in common — from their Latin roots to their love of New York and their kids,” a source told the outlet at the time. The pair dated for two years before A-Rod finally popped the question. Like so many other couples, the duo was forced to postpone their wedding plans due to the COVID-19 pandemic. However, just two years after getting engaged, the couple announced their split following rumors that Rodriguez had been messaging “Southern Charm” star Madison LeCroy.

Days following the split, fans were shocked to learn that JLo was meeting up with her former fiancé, Ben Affleck. In April 2021, the couple was seen together for the first time in over 17 years. By May, the pair was spotted on vacation together and working out, per Marie Claire. By July, “Bennifer” didn’t try to hide their love when paparazzi snapped photos of some PDA in The Hamptons during Fourth of July weekend. In her first interview since the “Bennifer” reunion, JLo assured fans that she’s “super happy.”