To the fans he’s “Phil” Lynott but to filmmaker Emer Reynolds the Irish rock legend will always be Philip.

It’s a quaintly formal touch that reflects perfectly the reverence Reynolds brings to her telling of the Thin Lizzy frontman’s story.

Thirty-five years after his death, aged just 36, Lynott remains one of Ireland’s favourite sons and a personal hero for Reynolds. 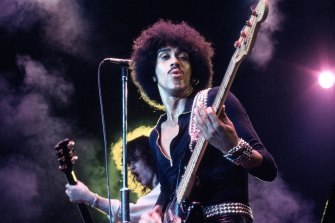 “Philip is an incredible story and an incredible person and he’s hugely loved here,” says Reynolds from her native Dublin. “What he did was so significant. There’s great pride in him. He carved his way out of a pretty underprivileged childhood, and out of his dreams and ambition drove himself to these incredible heights.”

The documentary, Phil Lynott, Songs For When I’m Away, marks a significant change of subject material for Reynolds, following a film about the Cuban missile crisis and an Emmy-award winning account of the Voyager space mission.

However, it turns out Reynolds is a Thin Lizzy fan from way back – ever since a boyfriend introduced her to the music.

“He was a super fan. He had all the albums and I have very clear memories of us listening to them on vinyl, deconstructing the lyrics and arguing about the best album or song.”

She was at Thin Lizzy’s legendary final gig in Ireland in Dublin in 1983.

“Like everybody else I cried all the way through it,” she says. “I knew they were breaking up but I never actually believed that would be the end of it.” 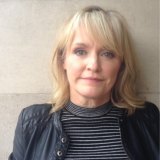 Emer Reynolds is a Thin Lizzy fan from way back.Credit:

But it was the end for the band. Less than three years later Lynott himself would be dead, from complications from drug and alcohol addiction.

“I remember hearing he was in hospital and clearly remember him dying,” says Reynolds. ” A little bit like people remember John F. Kennedy or other big moments in their life.

“In Dublin there was palpable shock and horror and a real sense of grief. He was so young, so powerful. He was so charismatic. He was so gloriously alive.”

Approached about making the documentary, Reynolds “nearly bit the producer’s arm off … I was so excited. It was a dream come true for me.”

She was immediately faced with a tricky problem: how to tell the story of the man and his music without fresh interviews with her subject.

“It was the very first conversation I had to have with myself in terms of, without Philip, how do we tell this story? How do we make this film I wanted to make, which was a personal and poetic portrait of him? I really, really wanted the film told in Philip’s own words as much as we could.” 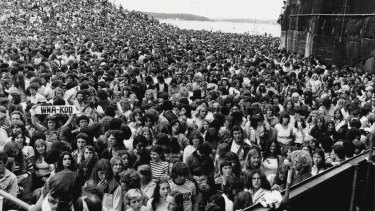 Then she hit on the device of using Lynott’s own songs – specifically his lyrics – to give the film a narrative framework.

“The film became structured around letting the songs do the talking. Letting Philip’s words and lyrics give you the little windows into his soul. Without the interviews, the songs became centre stage. And I’m really happy about that.”

Lynott was a much underestimated lyricist, with the elegance and emotion in his writing often obscured by the onstage rock-god bombast.

He even published two books of poetry, one of which – Songs For While I’m Away – gives the film its title.

“There is incredible poetry in his lyrics. There’s incredible craftsmanship,” says Reynolds. “He was very interested in Irish poets and writers. In the early days of Lizzy, when he was still in Dublin, he would go to open mic events in bars and read his poetry.”

A big part of Lynott’s identity – but one he only began openly embracing close to his death – was being black. His mother was Irish and his father, who left before Lynott was born, was from the West Indies.

“He wasn’t the only black person in Ireland at the time but he may well have felt like that,” says Reynolds. “It was an incredibly monochrome culture.”

Even when Lynott moved to relatively cosmopolitan London he was met with brutal racism. There is footage in the film of a sign in the window of a rooming house there: “No Irish. No blacks. No dogs.”

“It was an openly racist time and he was navigating that,” says Reynolds.

But much stronger than his identity as a black man, which he spoke about only rarely in interviews, was his Irishness.

“His Irish identity was a much bigger plank of his life,” says Reynolds.

Lynott’s untimely death has attracted plenty of lurid scrutiny over the years. Reynolds was determined to treat it on her own terms.

“We did not want to make a tabloid version, a salacious version of the end of his life. His life is more interesting than his death. His death is particularly tragic. He had young children. He was a young man himself and he was a young talent with so much more to give and he got caught up in the vortex of addiction and unfortunately couldn’t find his way out. Maybe in a few years he might have rescued himself.” 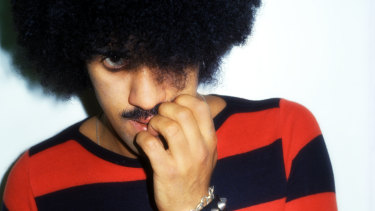 Lynott was a highly accomplished lyricist who wrote two books of poetry.Credit:

There’s a well-worn truism about the inadvisability of ever meeting your heroes. But after taking a deep and emotional dive into the life of one of hers, what has Reynolds learned?

“I found a much more complex, many layered and complicated character than I had imagined,” she says. “I was your quintessential fan, who really had stopped at the public image – the long legs that go on, the leather trousers, the pose of the guitar, the cheeky smile and the incredible stagecraft. He was an incredible performer. That’s what I bought into.

“But he had a lot more to him, including, which was very incredible to me, an incredible shyness. He had been a shy boy and a shy early performer but had, as an active decision, decided to learn how to be a frontman.

“The band needs a charismatic out-in-the front performer to communicate to an audience. And Philip crafted that consciously.

“To discover that there was a shyer, more private person behind that was only one of the many really interesting parts of my journey with this film.”

For the casual fan there is also the revelation of Lynott’s almost Dylan-esque restless urge to explore different styles and ways of expressing himself, going way beyond The Boys Are Back In Town and Whiskey In The Jar.

Reynolds calls it “the true mark of an artist: someone who is not locked into one groove, one way of being”.

When the film was finally finished, Reynolds put away her Thin Lizzy albums, telling her husband she would take a six-month break after such an intense journey.

“That moratorium didn’t last very long,” she admits. “My favourite albums are back and being played again. I love him more, and love Lizzy more, and feel an even deeper appreciation of the music and the man now I know a bit more about his life and journey.”

Phil Lynott, Songs For When I’m Away screens online as part of the Irish Film Festival, which opens on Friday