For Diana Reid, the university isn’t just a portal to knowledge. It can also replicate, in miniature, the forces that shape the wider world. Reid is a long-time fan of the campus novel, books, such as Donna Tartt’s The Secret History and Sally Rooney’s Normal People, that draw the reader into strict hierarchies, realms where secret codes are upheld by insiders and survived by outsiders.

At the start of 2020, Reid graduated from the University of Sydney, deferred a job as a lawyer and gave herself a year to chase her interest in theatre. She found herself writing Love and Virtue, her own campus novel instead. 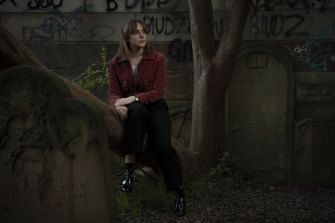 “As a form, when you have a cast of characters who are all young and vulnerable, trying on new ideas and identities and you put them in a confined space, it is inherently dramatically interesting,” says Reid, who co-wrote 1984! The Musical! and had pre-pandemic plans to travel to Scotland for the Edinburgh Fringe. “As someone writing a first novel, I wasn’t really strategic about it, but it was a good choice because there are certain conventions of the genre that make it easy to write.”

Reid, who studied philosophy and law, is thoughtful and articulate. She speaks with the careful rhythm of someone who weighs up the intention of a sentence with its possible effect.

“I’ve always loved reading [but] when I went to uni, I didn’t really write creatively except for in a theatre context,” she says. “As soon as I started writing, I did find that although Love and Virtue is fiction, the observations and experiences I’d had over the previous six years poured out.” 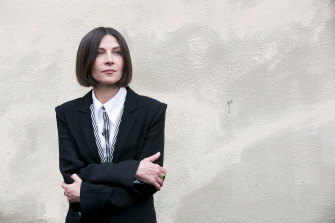 Classic campus novels, such as ‘The Secret History’ by Donna Tartt, were a stepping stone.Credit:Beowulf Sheehan

Love and Virtue is narrated by Michaela, a high-achieving Canberra student with a single mother, who is on scholarship at Fairfax, a residential women’s college at an unnamed elite Sydney university. A hundred years ago, she writes, the building “housed some eminent suffragettes.” In the Quadrangle, the “bricks were honey”, the shadows “long and thin”. She arrives during Orientation Week, when this air of rarefied privilege is undercut by social games and drinking rituals, the fuel of nascent friendships.

The book captures the near-erotic thrill of being a young woman, alone and adrift, who finds, in another young woman, an intellectual equal.

At Fairfax, Michaela befriends fellow students with names like Portia and Claudia. They hang out at nearby college, St Thomas, home to former private schoolboys, Balth for Balthazar, ‘Sackers’ for Jack Sackville, who smoke bongs and drop their pants to Eagle Rock in between sport and classes.

In steps Eve. She’s rich and brilliant and beautiful with “high, prominent cheekbones that assert themselves like contradictions”. Eve introduces Michaela to thinkers like Susan Sontag. They debate the feminist merits of casual sex. Love and Virtue captures the near-erotic thrill of being a young woman, alone and adrift, who finds, in another young woman, an intellectual equal.

But their bond, which excludes those not like them, contains a seam of toxicity. At a party, Eve passes off Michaela’s anecdotes as her own. She laments capitalism in vegan sneakers that cost “several hundred dollars”. Like Elena and Lila in Elena Ferrante’s My Brilliant Friend, a touchstone for Reid, their spark feels charged, given to exploding.

“I think that toxicity is important to talk about,” Reid says. “Michaela and Eve don’t compete with the boys, they compete with each other because they believe that space for women is limited. But to have a rivalry with someone means that you are taking yourself and your ambition seriously.”

In a philosophy class, called Morals and Mores, Michaela, who’s 18, is drawn to a professor, twice her age, Paul Rosen. Outside a pub, she pursues him. Predictably, they start sleeping together. Under patriarchy, young women are socialised to view their intellects through the lens of male authority. 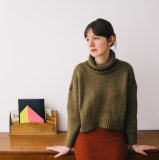 Writes Oxford philosopher Amia Srinivasan in ‘On Not Sleeping with Your Students’, a chapter in her 2021 book The Right to Sex: “Where a student’s desire is inchoate – do I want to be like him or, to have him? – it is all too easy for the teacher to steer it in the second direction.″⁣

Says Reid: “At first Michaela doesn’t really see Paul as a person. She is living out a fantasy that she is conditioned to want because he is powerful, and a professor and it proves that she’s smart.”

Consent, as critic Parul Sehgal says in a June 2021 New York Times article, stems from consentire, Latin for “to feel together”. What does “feeling together” mean when two people, whether they are friends or lovers, feel the weight of cultural forces so differently?

Love and Virtue begins with a hook-up in a bar: “A boy and a girl, hold each other, limbs loose with alcohol.” There’s a sexual encounter in his dorm. She throws up in his bin.

The incident evokes the testimonies, offered by past and current Australian high school students, published online by the activist Chanel Contos.

And it takes place during O-Week. The period, according to The Red Zone, a 2018 report from End Rape on Campus Australia, coincides with one in eight attempted and completed sexual assaults at the University of Sydney’s residential colleges. In May this year, the NSW government made the historic move toward an affirmative consent model, thanks to the tireless work of advocates.

In Australia, our cultural obsession with the “good guy”, the “top bloke” gives rise to the myth that “good guys” don’t do bad things.

Love and Virtue invites the reader to bury the incident. Then, in a flash of memory, Michaela learns that she is the girl in the dorm during a drinking game led by Sackers, a fan of public humiliation. The “boy”, however, is Nick. He has “quiet eyes and curly hair that matched his Italian surname″⁣.

He is a “good guy”, altogether more thoughtful, less entitled than the friends he went to school with. But, in Australia, our cultural obsession with the “good guy”, the “top bloke” gives rise to the myth that “good guys” don’t do bad things. That goodness is a matter of individual integrity, rather than systems that invite abusive behaviour.

“There’s this idea in philosophy that most people are more interested in appearing to be good than actually being good,” says Reid. “When Paul breaks up with Michaela, he says ‘I don’t want you to hate me’. I think men who have had these insular upbringings in private schools haven’t necessarily had the opportunity to self-reflect on their place in the world. Maybe if you grew up in an environment where there are no material limitations, you take for granted that you will be a good person.” She pauses. “My takeaway is that most people are not good people. Being a good person is really, really hard.” 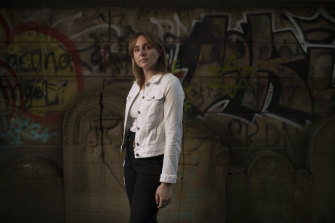 Diana Reid says female betrayal was the idea that sparked the novel.Credit:Wolter Peeters

Michaela can’t decipher the meaning of the incident at O-Week. But Eve does it for her. When Michaela refuses to be interviewed for an article on the toxic culture at the university’s residential colleges, Eve appropriates her friend’s experience, passing it off as her own. It’s a private breach of consent that does enormous public good, sowing the seeds of institutional change and turning Eve into a famous advocate for the rights of women on campus. The culture of misogyny she exposes isn’t limited to campus – the boys she implicates, we now know too well, graduate to work in law and media and politics.

Reid wrote Eve’s betrayal – the idea that sparked the book – to explore a different form of power. 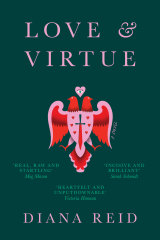 Diana Reid is now working on her second novel.

“I was trying to show how easy it is to think about power when it fits into an existing narrative,” she says. “Eve is quick to say that Michaela’s relationship with Paul is wrong because of the power imbalance. But Eve is really rich and really beautiful, and these are kinds of power that are harder to see.”

Eve is also white. Through history, whiteness, when coupled with class privilege, is itself considered a kind of virtue. A June 2021 report from the Harmony Alliance and the Monash Migration and Inclusion Centre found that 42 per cent of migrant and refugee women had survived physical and sexual violence. And 2020 figures from Our Watch found that three in five Aboriginal and Torres Strait Islander women have experienced violence by a male partner.

To me, Eve’s choices also reflect a society that still requires survivors to match the types of credibility and capital it already values.

Reid, who’s working on her second novel, wants her readers to be less confident in their opinions at the end of her book than when they started.

“Another tension I try to grapple with in the book is about how hard it is to make moral judgments,” she says. “So often the way we judge other people is by asking ‘is what you did moral?’. I think the question we need to be asking [should be]: ‘is the course of action you took the most moral one given all the courses of action available to you?’. I think Eve’s actions have good consequences. I accept that you can be paralysed by nuance and never do anything. We need people who think in black and white.” She smiles. “I just don’t think those people lean towards becoming novelists.”

Love and Virtue is released on September 29 and is published by Ultimo Press.

The Booklist is a weekly newsletter for book lovers from books editor Jason Steger. Get it delivered every Friday.