We are two episodes into The Flash Season 8, and the show is already more twisty and jaw-dropping than it has been in recent years. The new season kicked off with a hybrid crossover event titled “Armageddon,” and the stakes for Barry and Team Flash have never been higher. And, according to The Flash Season 8 showrunner Eric Wallace, the fate of the world may lay in Iris West-Allen’s hands. 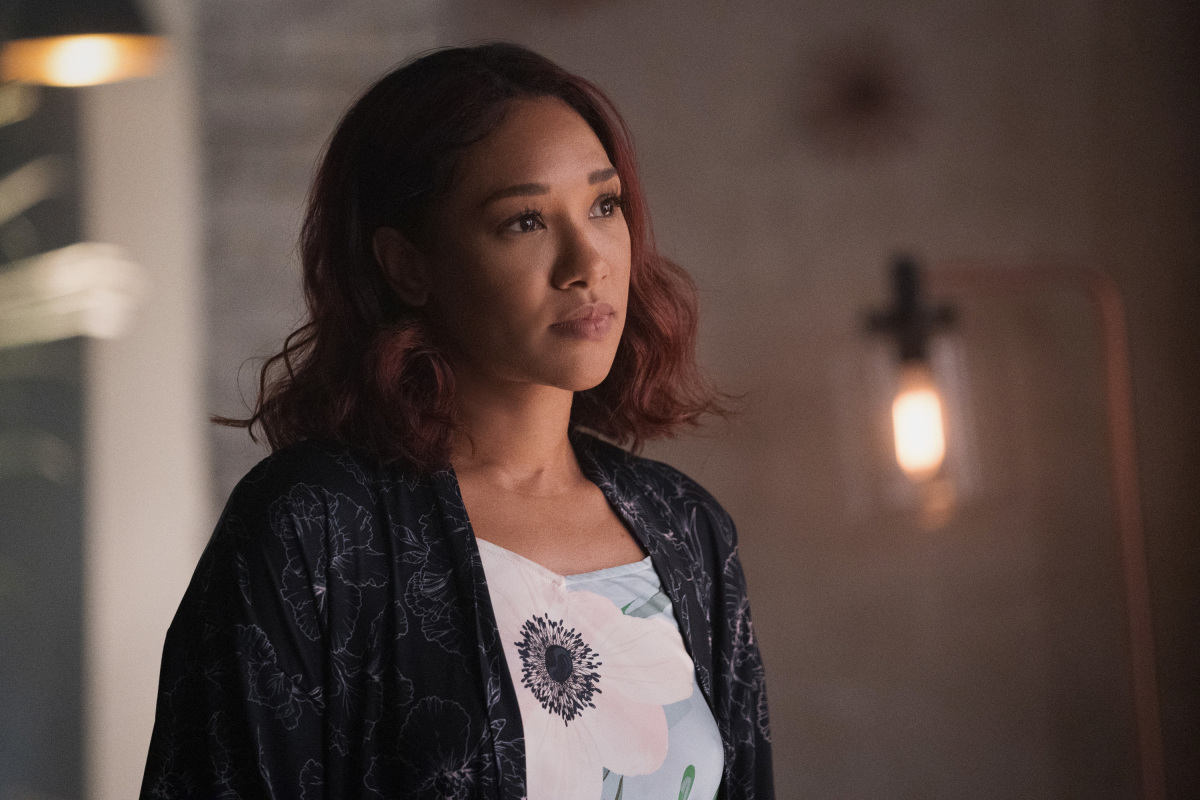 Despero claims that Barry will end the world in ‘Armageddon’

In The Flash Season 8 Episode 1, the audience learned, alongside Barry, Iris, and Team Flash, that Barry might be the cause of “Armageddon.” And Despero, an alien who has been exiled to Earth, is determined to protect his new home. He will go as far as killing Barry to prevent the impending “Armageddon.”

And after The Flash Season 8 Episode 2, it seems as though Despero might have been right. All of a sudden, Barry is experiencing blackouts and terrorizing his loved ones and Central City citizens. And in a shocking turn of events, he doesn’t remember Joe West dying six months prior to the season premiere.

However, there must be some external force messing with Barry to make it seem like he’s losing his mind. But until the rest of the events of “Armageddon” unfold, all we have are theories and speculations. But thanks to The Flash Season 8 showrunner Eric Wallace, we know that Iris, played by Candice Patton, will play a huge role in saving Barry and the world.

Entertainment Weekly interviewed Eric Wallace before the premiere of The Flash Season 8. The showrunner teased “Armageddon” and the role that Iris West-Allen would play in the hybrid crossover. He also mentioned the poster for the five-part event, which features Candice Patton among the other heroes.

“There’s a reason why Iris is on that poster. She is so integral to this story, especially when it gets to the big twist in the middle. Barry can’t stop ‘Armageddon’ without his rock and lightning rod, Iris. The world will end if Iris doesn’t step up, and she does — and in the most emotional way possible.”

While there has been no confirmation regarding what the “big twist in the middle” is, we can assume Wallace was referring to Joe’s death. And it would make sense if Iris steps into a more significant role in The Flash Season 8 following that revelation. But, of course, Wallace was as vague as possible, so we’ll have to wait and see exactly how Iris steps up.

Will Barry and Iris’ marriage struggle in ‘The Flash’ Season 8?

Not only will Iris play a huge role in “Armageddon” in The Flash Season 8, but so will her relationship with Barry.

Eric Wallace told Entertainment Weekly, “There’s a reason Barry is having his worst day, and of course [the question becomes], how does that affect his marriage? That’s the second-biggest storyline in ‘Armageddon’: the personal Armageddon of marriage. The love between two people, regardless of your gender or how you identify, how do they survive the end of the world?”

Let’s hope that the bond between Barry and Iris will persevere in “Armageddon.” Their relationship is very integral to the foundation of The Flash, after all.

Tune in to The Flash Season 8 on Tuesdays at 8 p.m. ET on The CW to see how Iris handles “Armageddon.”