The Femail Face-off: As councils admit handing out record numbers of ‘petty’ penalties… Should you get an ASBO for a messy garden?

WATCH out, there’s a busybody about! Get out the Flymo, the shears, the loppers and the insecticide and pick up those nasty leaves in case you’re reported for… having a messy garden.

All it takes is a neighbourhood snitch and — abracadabra! — a council jobsworth could pop up on your doorstep and issue an ASBO. It seems Bossy Britain is becoming a nation of snitchers. New figures show that last year councils issued record numbers of ‘petty’ anti-social behaviour orders. That included hundreds targeting gardens for being ‘messy’. Leaving waste in a garden was a separate category, so we’re not talking about discarded fridges here.

Others attacked sitting on the pavement and feeding stray cats. An all-time high of 8,760 Community Protection Notices (CPNs) were issued, which let wardens impose restrictions on those whose behaviour is considered ‘detrimental’. 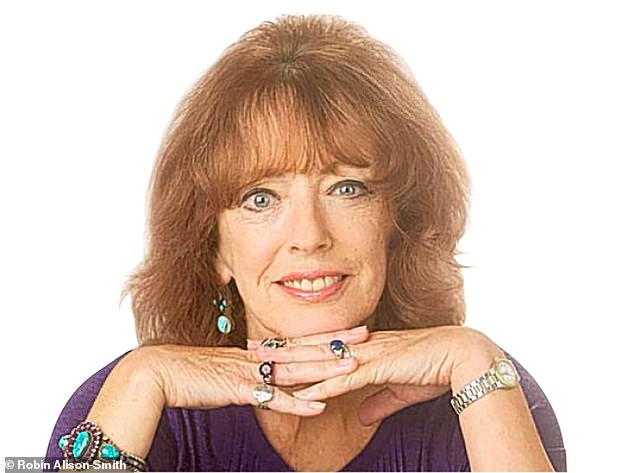 The largest number of CPNs were for ‘eyesore’ gardens — including an artist issued with a notice by a council officer who objected to her private, ‘woodland-style’ garden. He told her: ‘All twigs, leaves, pieces of wood etc on the ground need to be removed; All bushes need to have lower branches removed so that one can clearly see under them; Any branches (which the lady had left for wildlife habitat) should be removed and disposed of; All bushes and trees should be radically pruned.’

What? We recently visited some neighbours whose garden couldn’t have been neater. It was as if the flowers were polished, standing like soldiers in neat rows. The hard work had to be admired, but I happen to like messy gardens where nature is allowed some freedom.

Keep away from my wild, unruly garden, where the moles have a field day and piles of fallen twigs brushed into piles make the best habitats for wildlife. The grass is often long. Some wouldn’t like it; others do. But it’s nobody’s business but our own.

Surely the question should be one of harm, not taste or inclination? If an eyesore garden was infested with rats or dangerous rubbish, that would be a public safety issue. Untrimmed shrubs are not.

Fylde Borough Council even issued an order to a bird lover who fed ‘wild birds’ once a day, saying the habit was ‘unreasonable and is having a detrimental effect on others’.

These curtain-twitching powers are totally unacceptable in a country that used to be free.

People who can’t be bothered to keep a tidy garden should be served notice by the council.

I’m talking overgrown and untended plots full of debris and weeds, not just the gardens of people who like gerberas. There is, after all, no accounting for taste. Now that we’ve all gone butterfly and bee crazy, the au naturel ‘meadow’ look could easily be mistaken for something unloved.

But choked and tangled jungles cause problems beyond being an eyesore. They encourage rodents and maddening weed spread. Unmanaged ivy can even damage your brickwork.

Then there’s a garden around the corner from my home, which has a hedge so overgrown it regularly blocks the pavement. It forces pedestrians to either duck or step into the road, and if you’re pushing a buggy you have to cross over.

Many times I’ve considered either wielding a pair of unforgiving secateurs in the night — or faking a legal letter demanding the occupants cut it back in the name of public right of way. Such shameful neglect is dangerous, and it could be sorted in minutes with a sharp knife or a cheap hacksaw, so it’s not a question of lack of time or prohibitive cost.There’s also a largish tree next door to me that droops over my fence.

It shades my windows, drops hayfever-inducing catkins in the spring, and its shrivelled leaves cover my postage stamp-sized patch in the autumn. I’m pretty sure it’s diseased as the leaves are always tinged with brown, so I’d campaign to put it out of its misery, but apparently it’s some sort of elm, so it’s protected.

Instead I appease my annoyance by pouring weedkiller on the bits of bamboo that repeatedly threaten to invade my own turf, as well as regularly dousing our shared stretch of pavement in an effort to do my bit for the neighbourhood.

Two other seriously out of control gardens, seen when out walking my dogs, appear to belong to quite elderly folk, whom I suspect can no longer cope with their upkeep.

One has such a mass of ancient bushes they completely obscure the front windows, while the other is lined with bins filled with bottles and rusting tin cans.

While I applaud the dedication to recycling, the council collection points are literally around the corner. In both cases, however, the ASBOs should go to the immediate neighbours for not stepping in when older people need a simple bit of assistance. Why not force the neighbours to lend a hand by giving them community service instead?