Piaule Catskill, the brand new upstate boutique hotel, has its origins in the start-up home goods world. What began as an idea of linens for design-minded Millennials has evolved into a contemporary, ground-up building secluded in the Catskills of upstate New York with yoga, spa treatments, farm-to-table cuisine and big-time relaxation.

Nolan McHugh and Trevor Briggs met in college at the University of San Diego; McHugh, originally from Seattle, moved straight to New York after graduating from college in 2012, while Trevor, who is from Huntington Beach, Calif., came shortly after.

“It was the birth of us wanting to do something together, and be a part of all the exciting stuff we were seeing happening,” McHugh says of moving to the city.

The pair took note of the boom of retail start-ups like Everlane and Warby Parker, and became inspired to try something of their own. What came was Piaule as a direct-to-consumer line of home goods, trying to bridge the gap between “high design, which was really unattainable, especially for us at the time, and generic, unsustainable, big-box brands,” McHugh says.

Quickly they found it to be a tough business, and to keep funding things, started Airbnb-ing first their apartment, then soon both of McHugh’s sisters’ places as well.

“They were kind of like mini hotels in the city,” Briggs says. “We were designing them with a very small budget, but just making it clean, minimal. We were the cleaners, we interacted with every single guest. And so we really got this weird exposure to hospitality. Then we started dreaming of a way to bring both worlds together.”

That was over five years ago, and the result is Piaule as it is today, a boutique Catskills hideaway that has quickly become an in-demand getaway (both Frank Ocean and Brandon Maxwell have stayed in the early weeks since opening for business).

The hotel features a pool that will be heated in the coming weeks (it’s actually a large jacuzzi) and the food program that launched this past week, helmed by Noma alum Nicholas Leiss, who grew up in the Hudson Valley and will be serving a locally sourced, fresh and highly seasonal rotating menu.

The concept of a small, quaint upstate inn isn’t anything new, but the guys promise that the similarities between them and the rest stop there.

“Not many things make us similar, to be honest, other than the location,” Briggs says. “I mean, I think what is really charming about upstate accommodations, other than Piaule, is that they’re great renovations of old properties. Because there’s such a rich history of hospitality in the Catskills, especially. So it’s old camps, or old roadside inns, that get a really cute update. But Piaule being ground-up construction really gave us a blank canvas. What sets it apart is the fact that it’s immersed in nature, because many of the other hotels that you can stay upstate look at nature from a distance. It’s hard to disconnect, I think, with cars driving by, when you’re near a thoroughfare. So we’re lucky enough to have this beautiful site, on a really secluded road, and it feels like you’re fully immersed in nature. We’re contemporary design architecture, completely immersed in the landscape.” 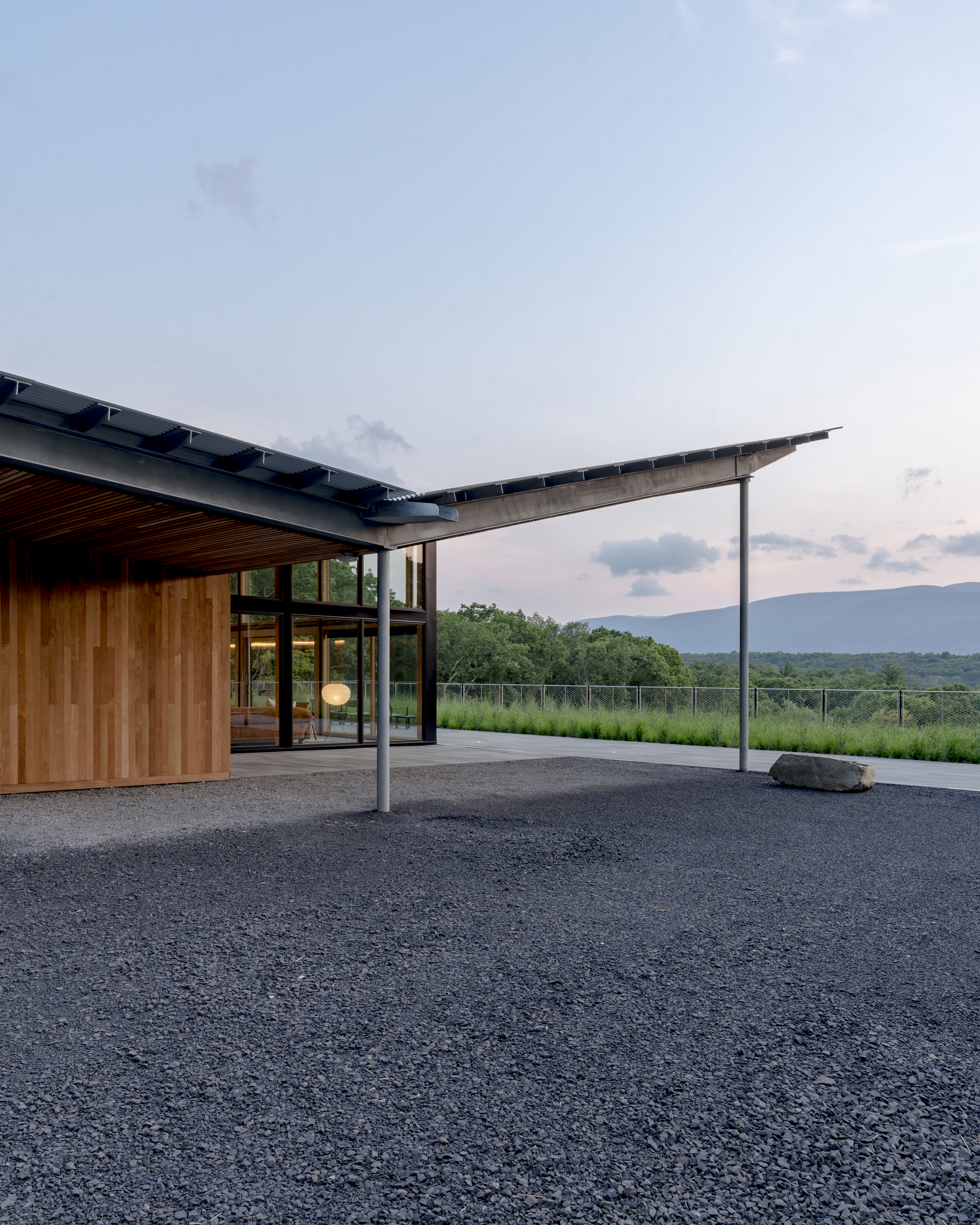 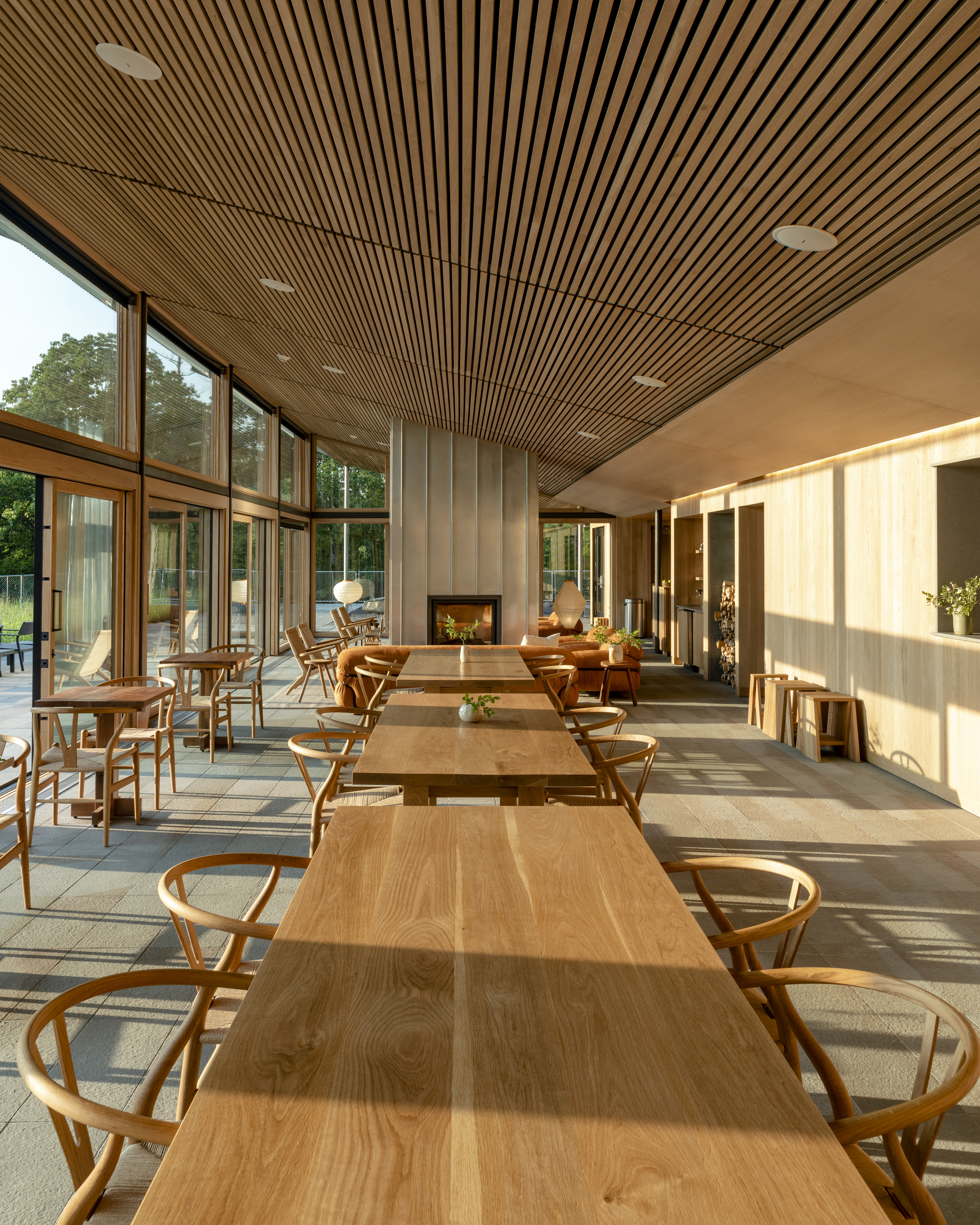 The dining area, where locally sourced food will be served. Sean Davidson 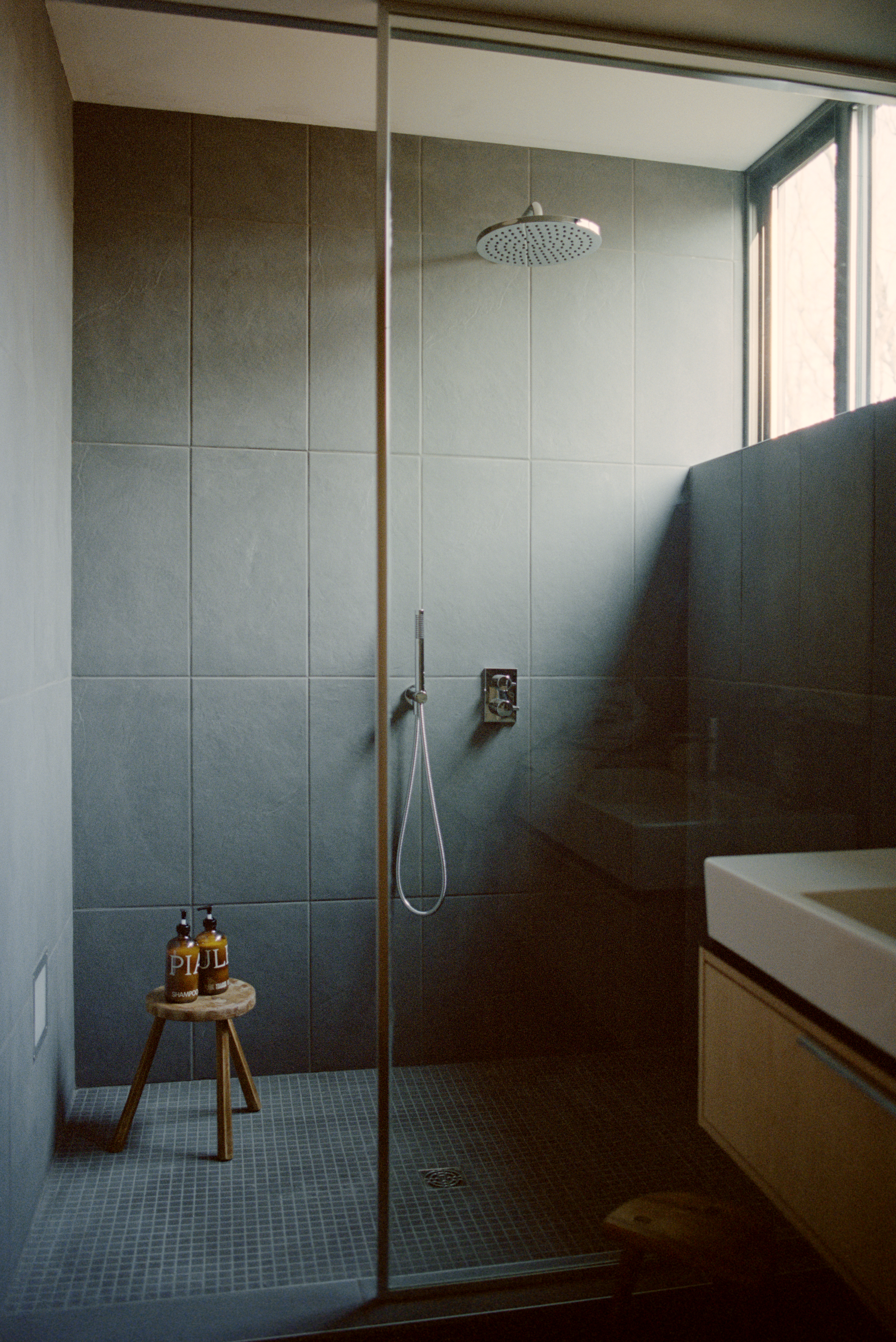 One of the shower stalls inside a Piaule Catskill room. 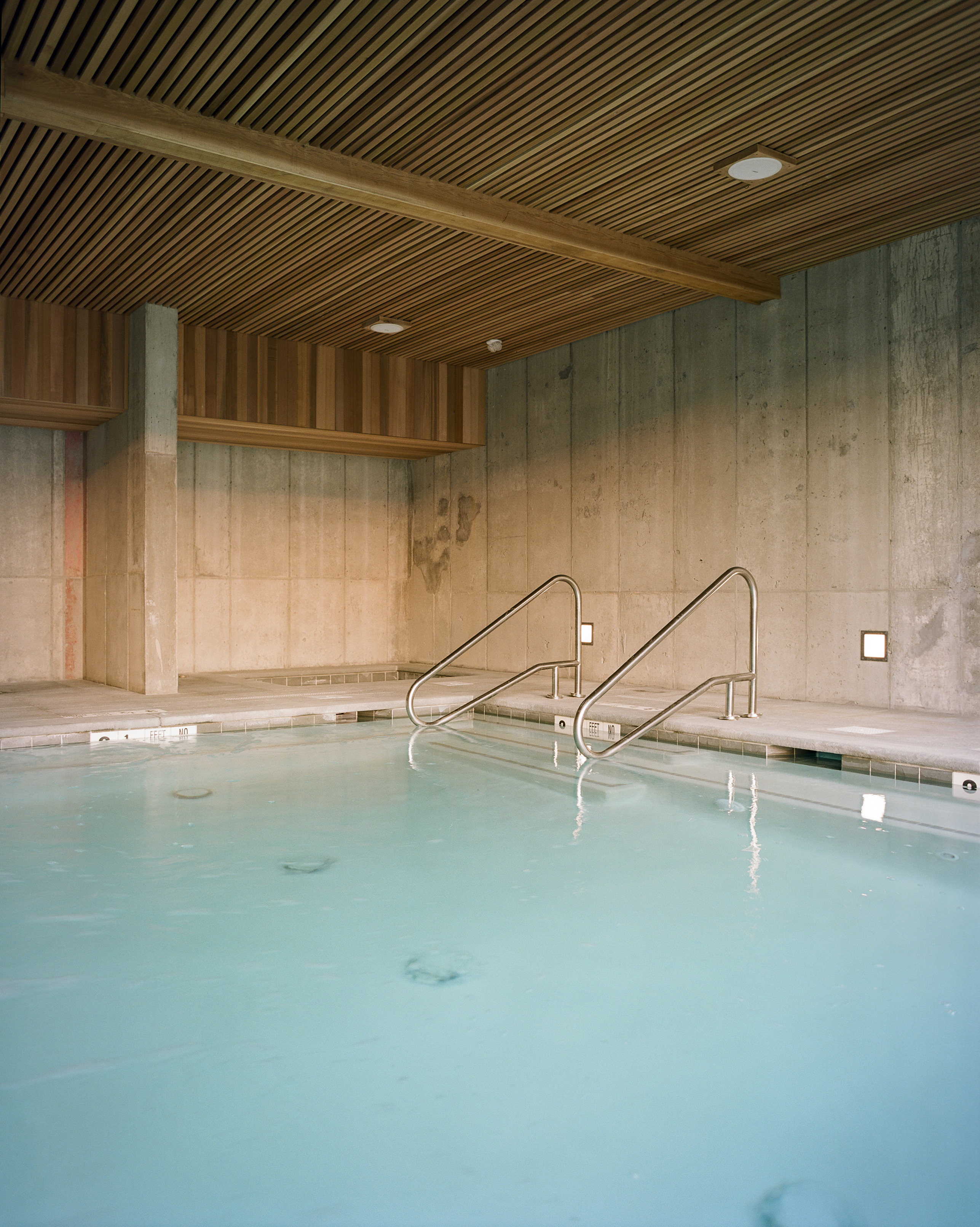 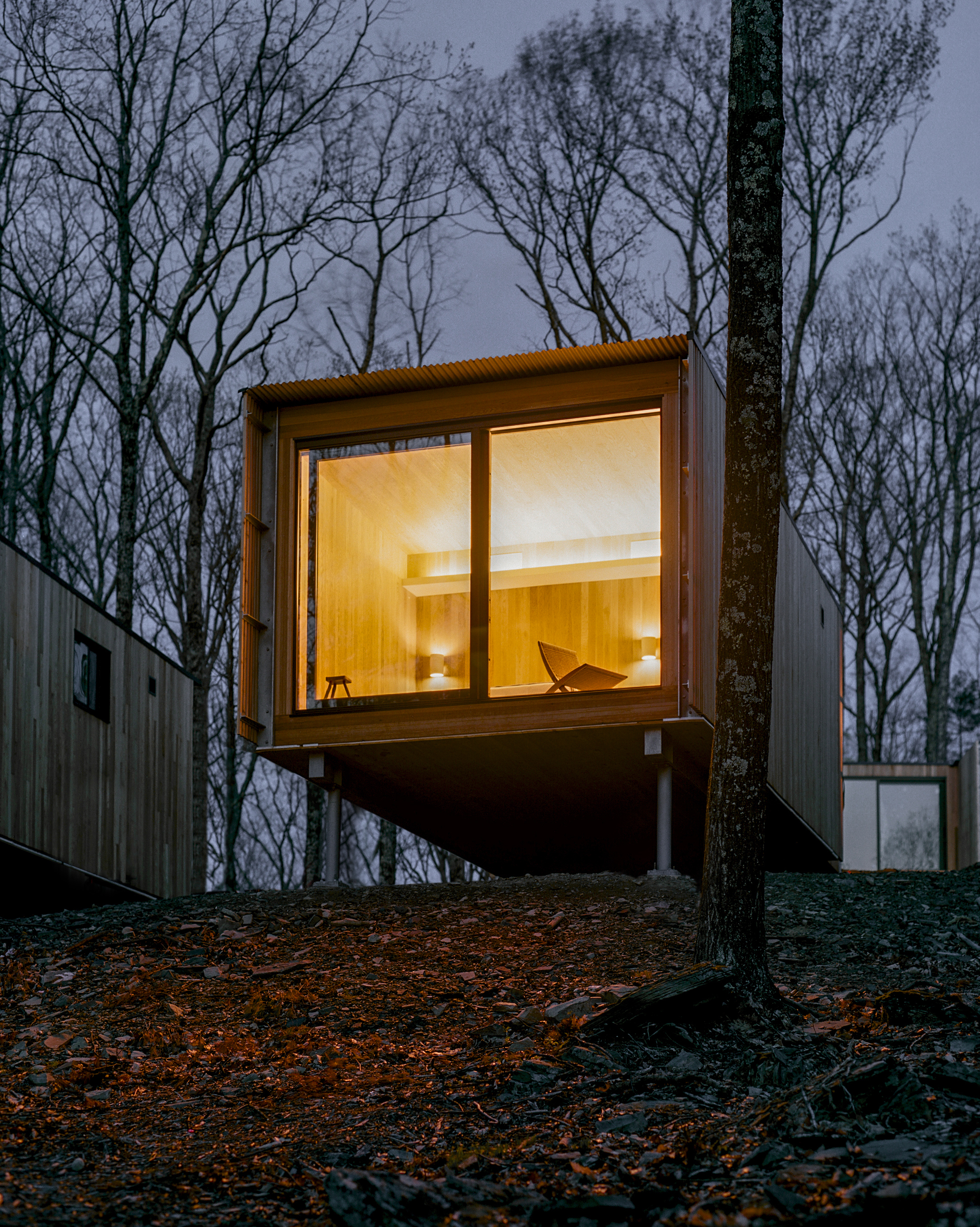 One of the Piaule Catskill cabins.

More from the Eye: