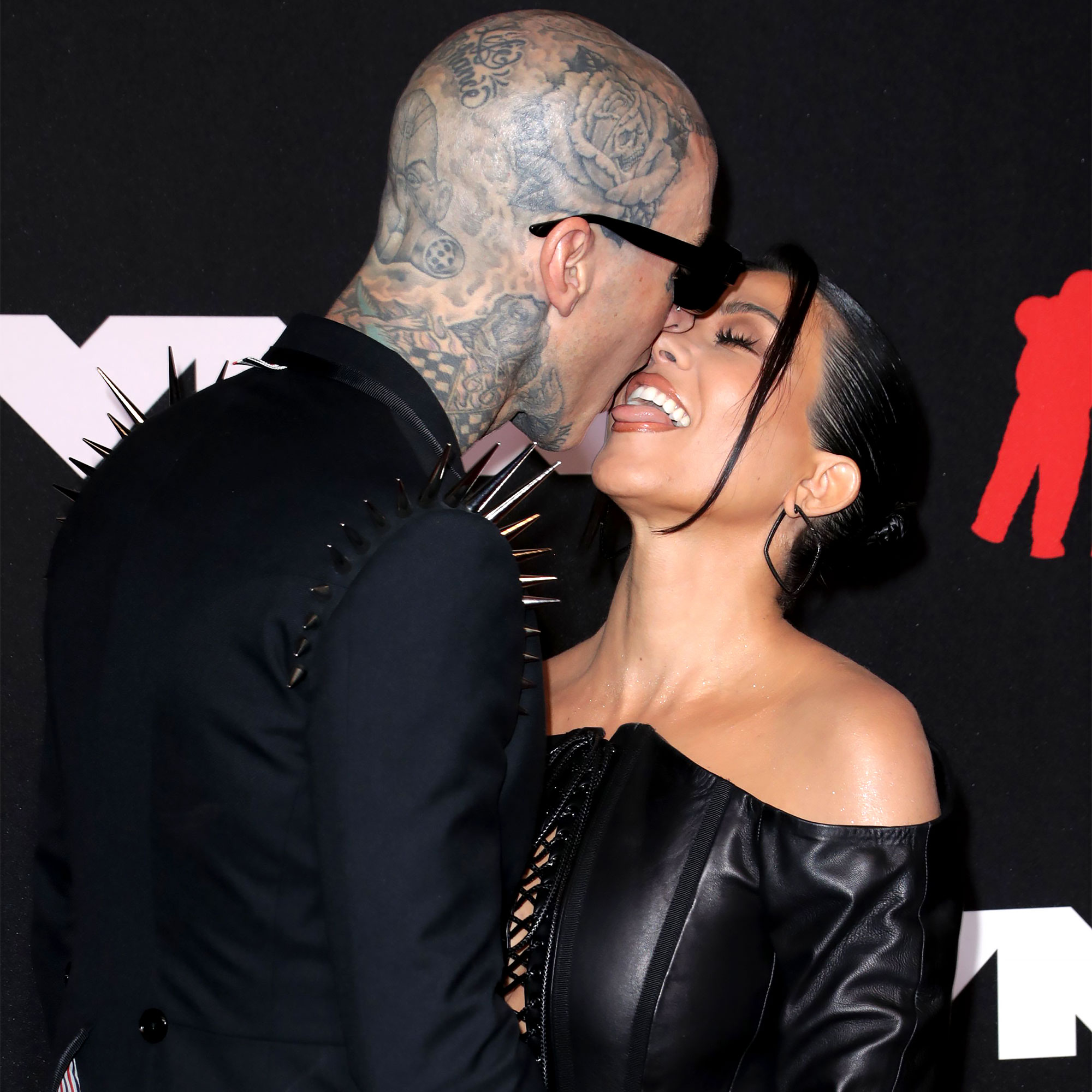 They just can’t get enough. Kourtney Kardashian and Travis Barker attended the 2021 MTV VMAs together on Sunday, September 12, and and looked more in love than ever.

The reality star, 42, walked the red carpet in a leather off-the-shoulder minidress with lace-up detailing. The musician, 45, chose a suit with spikes on the shoulders — and no shirt underneath. The duo shared a few kisses and held hands while posing for the cameras.

The Blink-182 drummer is scheduled to perform at the ceremony with Machine Gun Kelly, whose album Tickets to My Downfall he coproduced. “Me and Travis invent ways to go to the studio, even if we have absolutely no reason to be in there,” the rapper, 31, told Nylon earlier this month. “[Kourtney and Megan Fox] are like, ‘I swear to f—king God, if you guys go to the studio every single day, we are going to f—king leave!’ We had to be, like, banned from the studio from each other for a minute.” 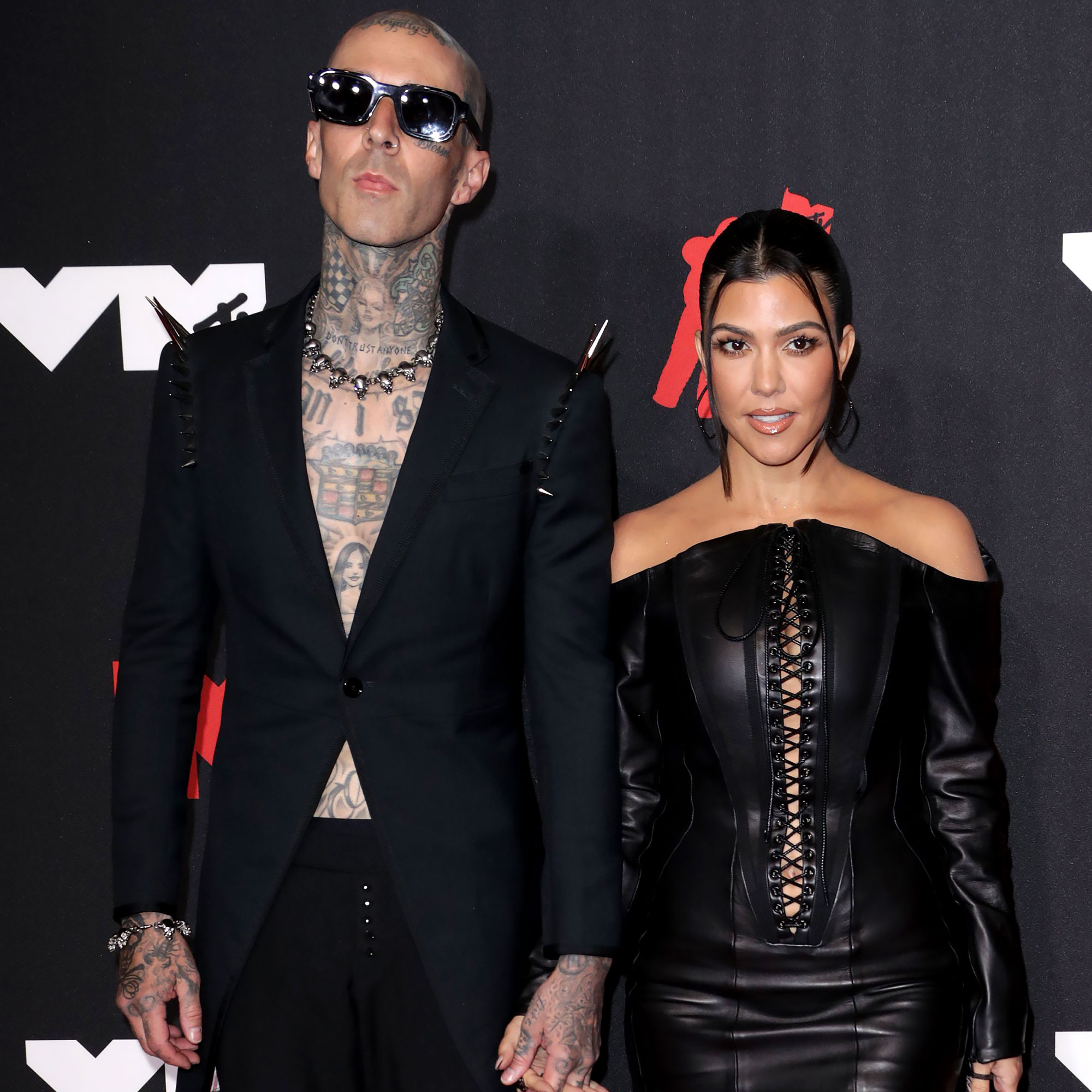 When he’s not working on his own musical projects, the Meet the Barkers alum has been teaching Kardashian’s 9-year-old daughter, Penelope, how to play the drums. He gifted her with a personalized pink set for her birthday in July. The Famous Stars and Straps founder told Nylon that they don’t have regularly scheduled lessons, but he noted that the little girl is naturally talented.

“You can’t be pushy, but you’re like, ‘Oh, do you want to learn to play something?’ And she’s always bright-eyed and like, ‘Yes, like I’m so excited to learn how to play,’” he explained. “So she caught on really quick, like, super quick.”

Kardashian and her beau have gotten much closer in recent months, sparking engagement rumors in July and spending time with each other’s families. In August, the Keeping Up With the Kardashians alum helped Barker overcome his fear of flying when they flew to Mexico, marking the musician’s first flight since the 2008 plane crash that killed four people and left him with third-degree burns covering 65 percent of his body.

Kourtney Kardashian and Travis Barker’s Sweetest Quotes About Each Other

“Travis has always felt bad he wasn’t able to fly his kids around the world and that he hasn’t been able to travel for work,” an insider told Us Weekly at the time. “Kourtney was so kind and patient with him and really met him on his level.”

Since then, the duo also jetted off to Italy for a PDA-packed vacation. “I’m invincible when I’m with her,” he told Nylon. “It’s just like I never dreamed, I never even considered flying again.”