All the ‘Housewives’ at Teresa Giudice and Louis Ruelas’ wedding

If you’re not about the hairspray, get the hell out of her way.

“Real Housewives of New Jersey” star Teresa Giudice married Louis Ruela on Saturday at the Park Chateau in East Brunswick, NJ in front of tons of friends, family and co-stars.

But the members of the bride’s glam team were the MVPs of the night, with hairstylist Luisa Casazza affixing a towering hairpiece to the reality star’s head.

In an interview with Andy Cohen for his Sirius XM radio show Monday morning, Casazza, who has been working with Tre since Season 3 of the Bravo show, revealed all the details of the over-the-top look.

“As we know, my girl Teresa is the queen of Jersey, so we needed hair that was fit for a queen,” Casazza revealed. “You go big or you go home. [Teresa] said, ‘My hair has to be over the top.’” 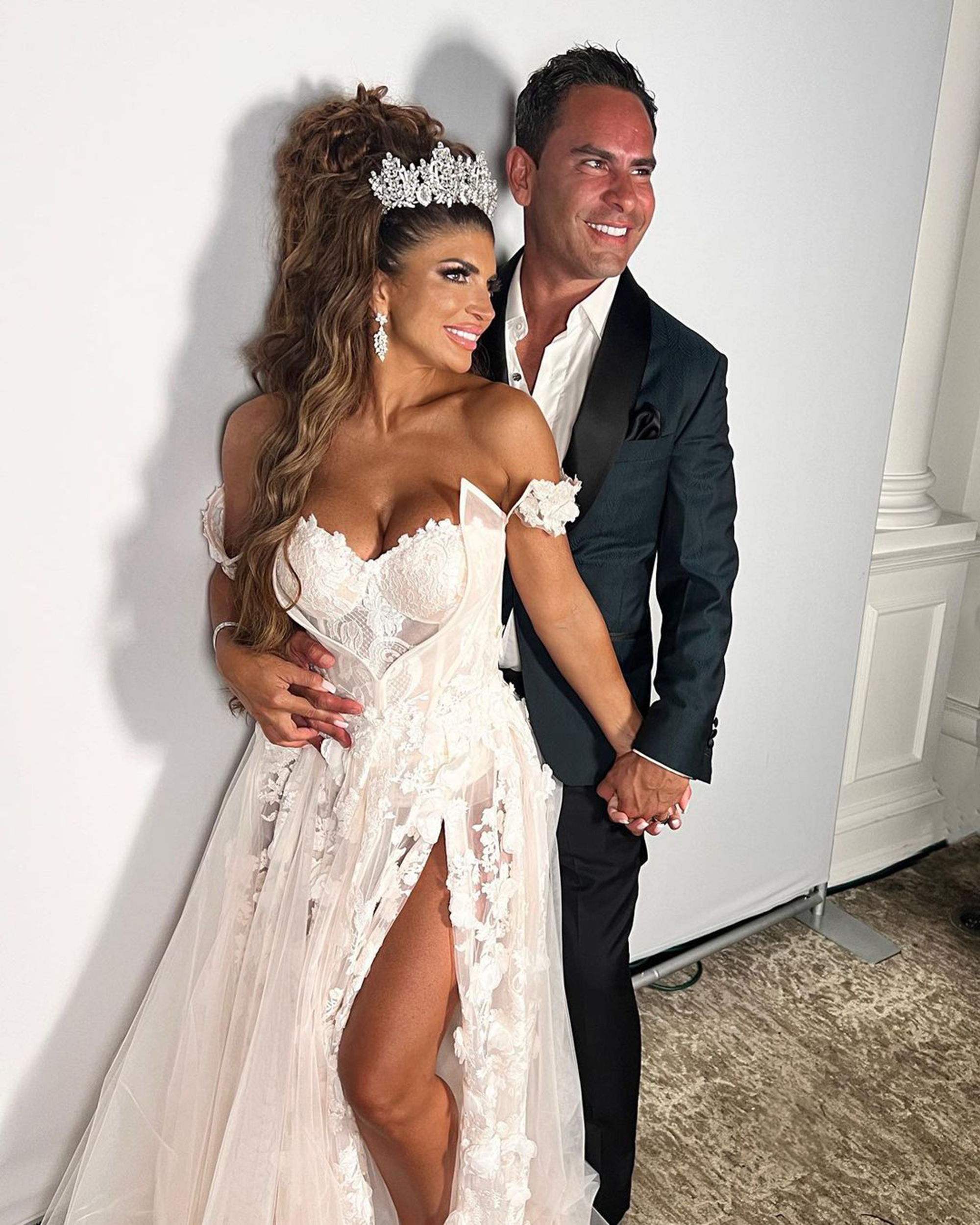 The stylist also revealed that Ruela prefers his new bride’s hair out of her face, so she was mindful of the groom’s preferences on the couple’s big day, sweeping Giudice’s locks into a twisted half-up look inside of an enormous crown.

Inspired by Italian and Mediterranean brides with elaborate hairstyles, Casazza built a custom mesh piece featuring $7,000 worth of real human hair extensions. The price of the styling itself? Around $2,500. 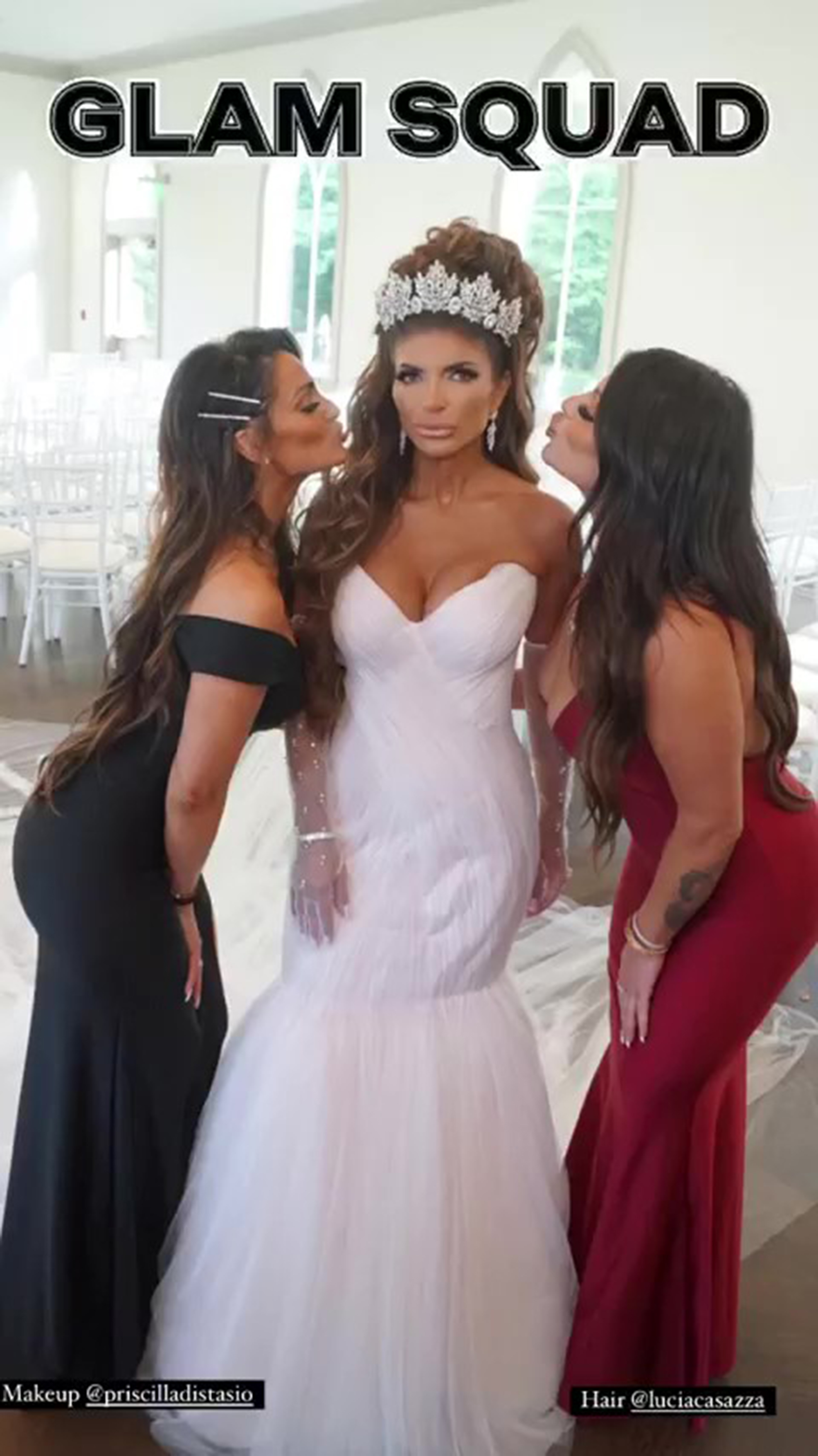 It took close to two hours for Casazza and other members of the glam squad to remove more than 1,500 bobby pins from Giudice’s hair after the reception — “before she could do any nasty freaky wedding activities” with the groom.

But she may have had some difficulty moving, as Casazza said Tre was complaining about her neck hurting by the end of the night under the weight of so much hair.

Former “Real Housewives of New York” star and wedding attendee Dorinda Medley called in to Cohen’s radio show to give the inside scoop from the event as well, saying, “It was a ‘Rapunzel, Rapunzel, let down your hair’ moment. It was a lot of hair but she can pull it off. It worked.”

Fans flocked to social media to comment on the look, with many comparing Giudice’s hair to Marge Simpson, thanks to its towering height; others likened her look to Cindy Lou Who and “The Bride of Frankenstein.” 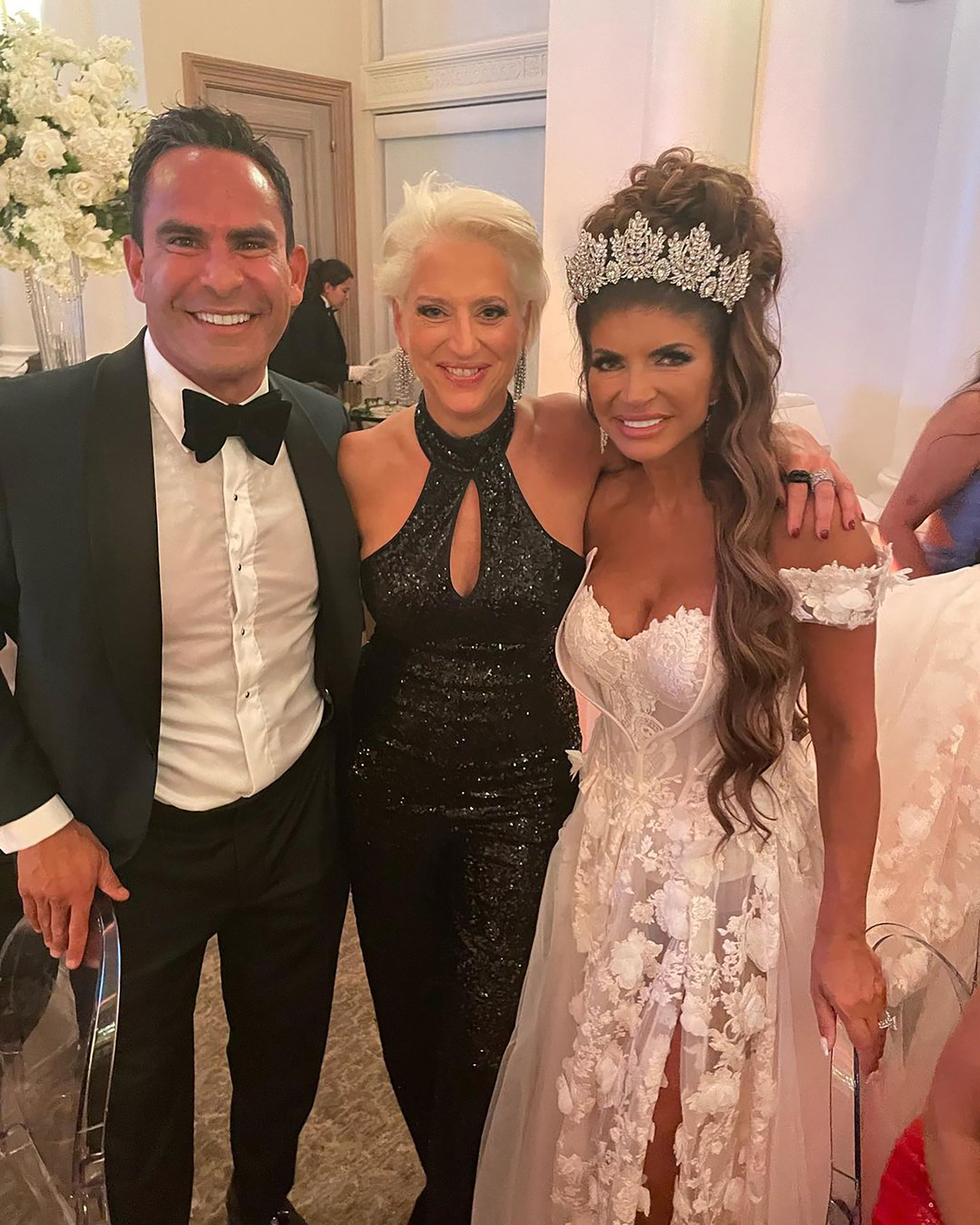 Others joked that brother- and sister-in-law Joe and Melissa Gorga were hiding in her voluminous hair. as the pair skipped out on the nuptials at the last minute over a disagreement with the bride.

Cohen was certainly giddy about the look, calling for Casazza to bring the bundle of extensions to be displayed at BravoCon this fall. With a Bravo wedding special on the way, Tre’s hair is certainly going to go down in history.