Eighty years ago tonight (Sat) waves of Luftwaffe bombers pounded the city  and its beautiful half timbered medieval centre for 11 hours.

They unleashed 500 tons of high explosive, 30,000 incendiary bombs and 50 landmines, some with delayed timers, in the most concentrated attack on a British city during the war.

By the time the all-clear sounded, the firestorm had reduced much of Coventry to a smouldering ruin,  and its 14th century cathedral was a blackened shell.

The raid was so destructive that Hitler’s propaganda chief Joseph Goebbels coined a new verb – coventrieren – which meant to raze a city. 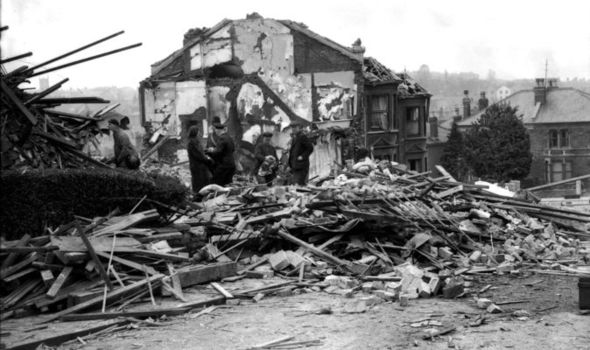 But after overcoming the initial horror, the people of Coventry  got the factories running again and kept up their contribution to the war effort.

Data gathered by leading family history website Findmypast.co.uk, plus oral history interviews by  the Imperial War Museum reveal  the terror of the raid  and the defiant spirit of the survivors.

Among them was factory worker John Coles, then just 16-years-old. He had more reason to remember the raid than most: he had just started work at an anti-aircraft gun factory that week.

He told the IWM in 2006 how the raid, which began about 7.10pm,  was so intense that his colleagues thought they were doomed. 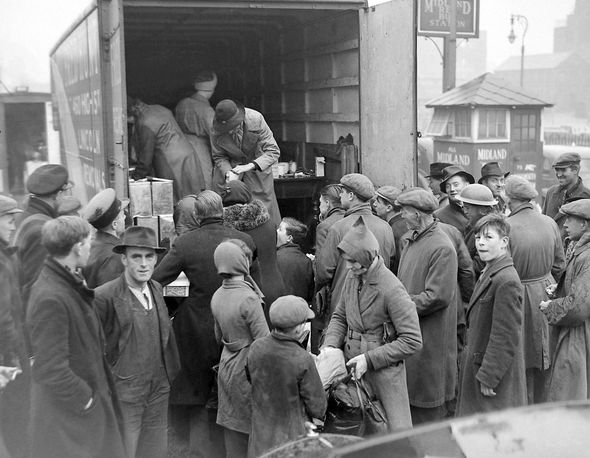 He said: “When the raid began we went into the cellar, which was the canteen, underneath the factory.

“It was quite frightening. Most of the men were playing Brag while the air raid was going on, nothing under £5. They did not think they were going to get out.

“We were hit by seven unexploded bombs, one wall of the factory was blown out, the barrel shop was hit several times and the factory next door was completely demolished. We took several hits.”

In 2000 Beryl Leadley told the IWM how as a 13-year-old schoolgirl she found the raid a thrilling mix of fear and excitement. 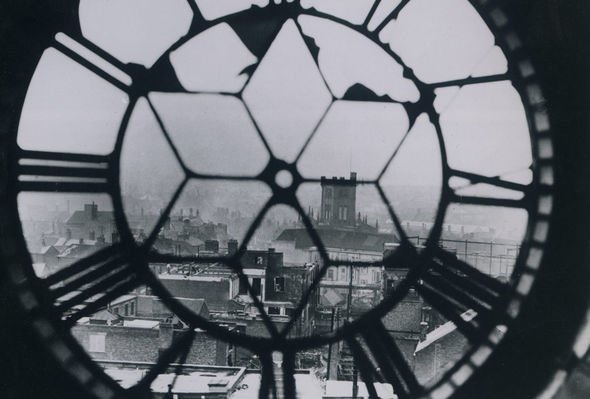 When the siren sounded she and her family raced to their Anderson shelter in the back garden and waited for the bombs.

She said: “It was frightening and very noisy. We used to count  the bombs coming down. You knew there’d be four or five, so you would hear the whistle of one coming down, then an explosion, and another and another, and when the fourth had gone you thought: ‘We’re alright’. And then another lot would start.

“I don’t think I realised how dangerous it was. There was an element of excitement.”

Another survivor, Mrs Tomalin  told a friend  in a letter published a few days after the raid by the Eastbourne Gazette that she, her husband Fred and their children Mary, 15, Freddie. Ronnie and Ernest were still smiling. 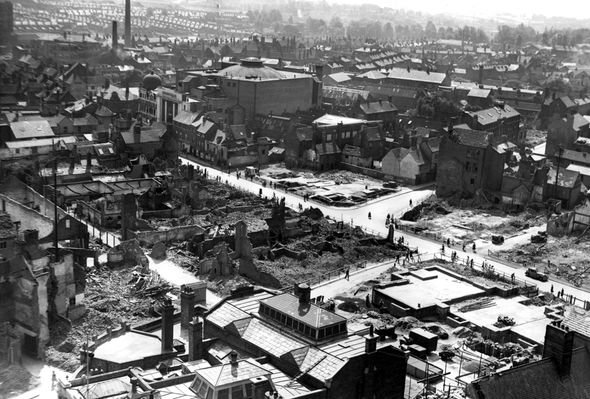 Mrs Tomalin, whose letter is in findmypast’s newspaper archives, wrote: “We went through a terrible ordeal here last Thursday night—the worst air raid that has been known.

“They bombed from dusk until dawn.

There’s hardly a shop standing. Some places are still burning. Our house had the front windows blown out.

“My brother-in-law Harry has fastened them up with wood. It’s nothing but darkness but we still have cheer and a smile.” 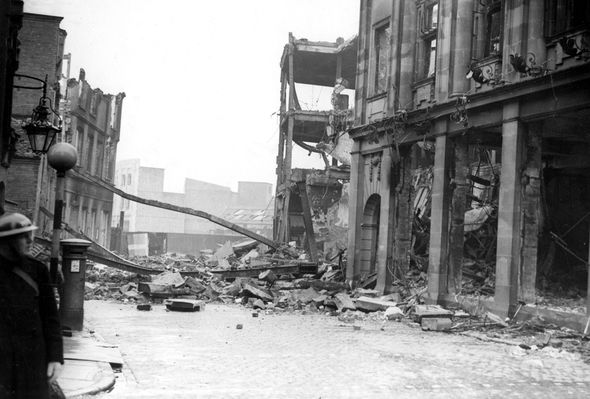 She told how her husband had got caught in the raid on his way home from work and had to seek shelter in a dug-out.

She wrote: “They dropped a bomb on one end of it. They had to get out at the exit door. He was holding up women. They were fainting, and then someone told him that I and the kiddies were trapped with fire. We were very nearly!

“All the yard was alight. One chap was good to me and the children until Fred came. He held me and the kiddies by him all night. He had to give me some brandy which he had.”

She added: “Thank heavens we have a roof. Never mind windows! The beds were smothered with dust and dirt. The place is filthy. I don’t know which way to turn.” 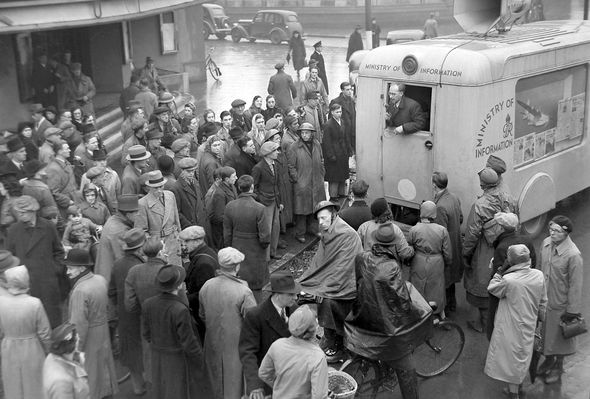 The next night they joined thousands of others in leaving the city to sleep in the countryside even though it was late autumn. They fell asleep to the sound of new air raids.

One of the most graphic accounts was by an unnamed Warwick Advertiser reporter who described the raid as “organised mass murder”, claiming  that if the people of Coventry ever got hold of Hitler, they would tear him limb from limb.

He wrote: “The people of Coventry have been through hell itself, mercilessly lashed to the chariot wheels of the world’s most inhuman and ghastly war machine—the German Luftwaffe.

“They have come through their perilous journey heroically, comforted and sure in the knowledge that their torturers will themselves eventually be consigned to that same hell, without the slightest hope of ever returning.” 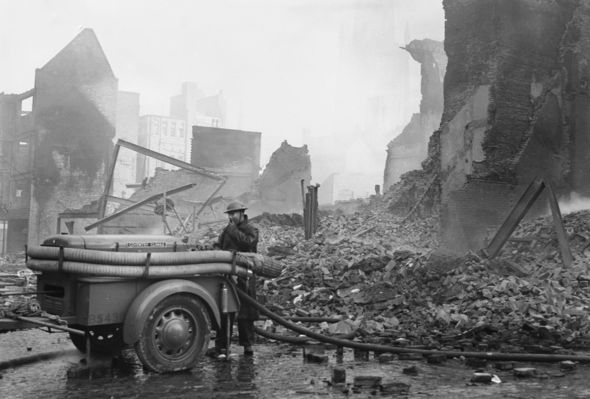 He told how the “bright moon paled into insignificance by the side of the raging inferno that was the centre of Coventry”.

From his front doorstep he watched the flames spread.

He wrote: “A huge fire was blazing in the centre of the city  and  seemed to spread further and further, enveloping more and more buildings. Insatiable in its sadistic and destructive hunger.  The famous Three Spires were silhouetted against the brick red glow.

“Meanwhile the anti-aircraft barrage became more and more Intense. From all quarters flash after blinding flash lit the sky, the terrific noise of the guns drowning to some extent the explosions of the raining bombs. “Verbal communication  had to be confined to the mere few seconds’ silence between one crash and another.” 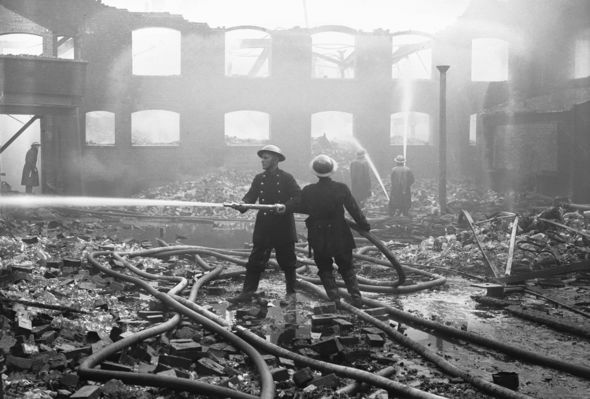 There have been claims that  Churchill knew Coventry was going to be hit but would not protect it for fear of letting the Germans know their codes had been cracked.

But it is now  thought that though British Intelligence believed a big raid was coming, it did not know where.

The Germans attacked Coventry to wipe out factories including the Daimler, Rover and Triumph car plants but the nearly 500 bombers also wrecked 43,000 homes, just over half the city’s housing stock.

The smell and heat of the burning city reached into the cockpits of the German bombers, 6,000 feet above. 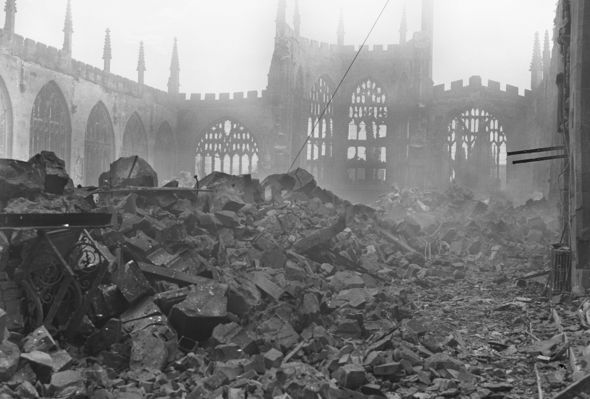 The Luftwaffe was helped by a moonlit night which let them see the city stretched out before them, illuminated by flares dropped by Pathfinders.

The crews flew back to Northern France to reload and as they came back across the Channel they could see the glow from the flames lighting up the night sky.

It said: “There were more open signs of hysteria, terror, neurosis, observed in one evening than during the whole of the past two months in all areas.” 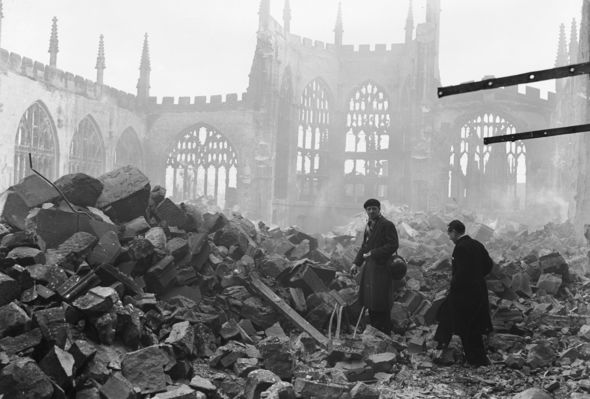 But the city held its nerve and bombed factories were soon back in operation or working in new premises out in the countryside.

After the war, which saw Bomber Command destroy German cities such as Dresden and Hamburg, Coventry became a symbol of peace. As early as 1947 it adopted Kiel in Germany as a twin city and Dresden in 1956.

The ruins of the cathedral  stand alongside the new cathedral which was consecrated in 1962 in the presence of the Queen.

A generation after Operation Moonlight Sonata, the consecration was accompanied by a new piece of music played:  Benjamin Britten’s War Requiem.