A new study could upend how we eat apples.

The amount of beneficial bacteria a person consumes when they eat an apple increases if they eat the entire apple — core and all — according to the study from Graz University of Technology in Austria.

For example, a type of bacteria called Lactobacillus — a famous component of probiotics — was found on organic apples, including the core and seeds, and may help with certain health conditions like digestive disorders.

“We don’t know yet if more bacteria is better in terms of our gut health, but [this is] a very interesting study that I hope will lead to testing more foods and parts of the food that we can throw away sometimes,” ABC News chief medical correspondent Dr. Jennifer Ashton said Wednesday on “Good Morning America.”

To conduct the study, researchers analyzed store-bought and organic apples for their bacterial content, in everything from the stem of the apple to the peel, the flesh and the seeds.

Both store-bought and organic apples contained roughly the same amount of bacteria, but the majority of the bacteria were found in the seeds, so people who discarded the core got significantly fewer bacteria, according to researchers.

Skipping eating the core and seeds of an average apple could drop the number of microbes a person consumes from more than 100 million to 10 million, the study found. 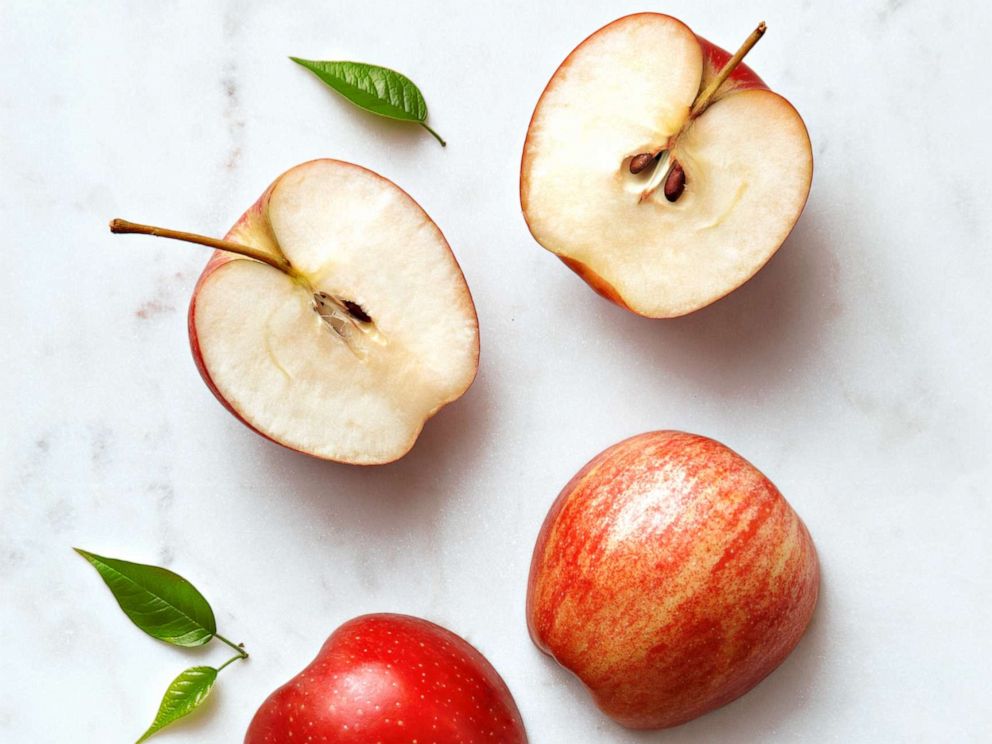 The study also found that organic apples had a more diverse and evenly-spread bacterial community compared to store bought apples, and more bacteria with health-affecting potential.

This means that eating whole organic apples might be most beneficial for a person’s gut microbiome, the microbe population living in the intestine.

While consuming an inordinate number of apple seeds at one time can be dangerous, Ashton said that apple-eaters generally do not need to worry about that. Apple seeds contain a chemical compound known as amygdalin, which produces cyanide, when the seeds are crushed and consumed.

Small amounts of cyanide can cause acute poisoning and may even be deadly.

“This is about the number of seeds that come out of one apple,” Ashton said. “You need literally hundreds of apple seeds to be crushed and chewed in about a 150-pound person.”