Still in shape! Brad Pitt just gave Us — and his fellow Bullet Train actors — a brief glimpse at his chiseled abs during a recent interview.

“I’m going to do this interview shirtless if this goes on much longer,” Pitt, 58, jokingly noted while playing “Josh Horowitz’s Sultry Quiz” with Bullet Train costars Brian Tyree Henry and Aaron Taylor-Johnson. 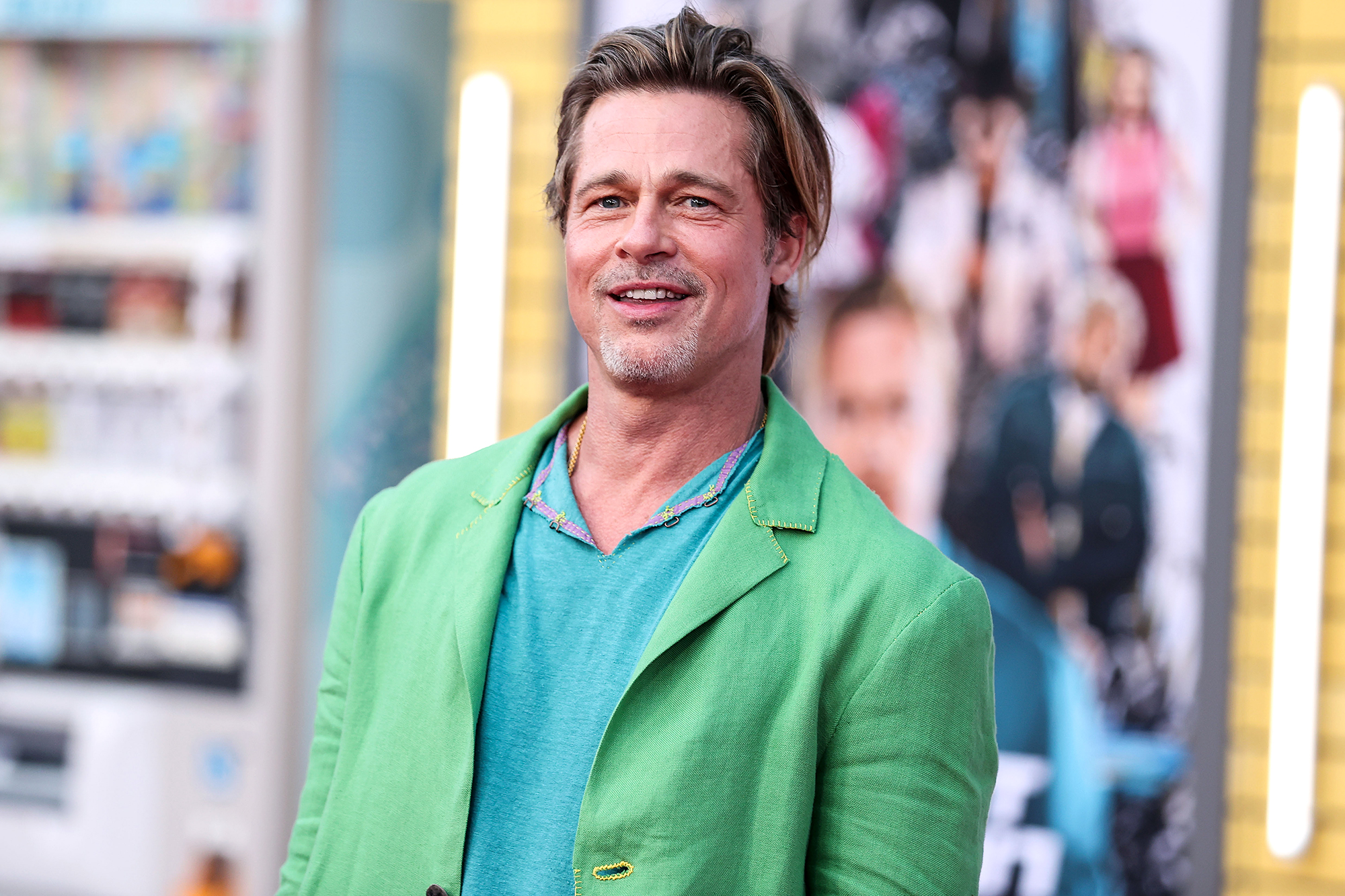 Comedy Central host Josh Horowitz had asked the Eternals star, 40, and Taylor-Johnson, 32, to guess which of the Oklahoma native’s past films featured shirtless scenes in an interview published on Thursday, August 4. While Henry proclaimed that he couldn’t answer that question — a la the rules of Fight Club — his costar proceeded to undress.

Brad Pitt’s Health Journey: Inside His Ups and Downs Through the Years

Pitt, with a silly look on his face, unbuttoned and unzipped his yellow jumpsuit. He then lifted up his white undershirt. In a brief moment, viewers caught a peek of the Mr. and Mrs. Smith star’s abs and a few of his chest tattoos.

Horowitz, for his part, thought about what Pitt’s antics would mean for the ratings. “Brad, I see the click-meter going up,” the TV host, 46, joked. “Please, keep going, keep going.” 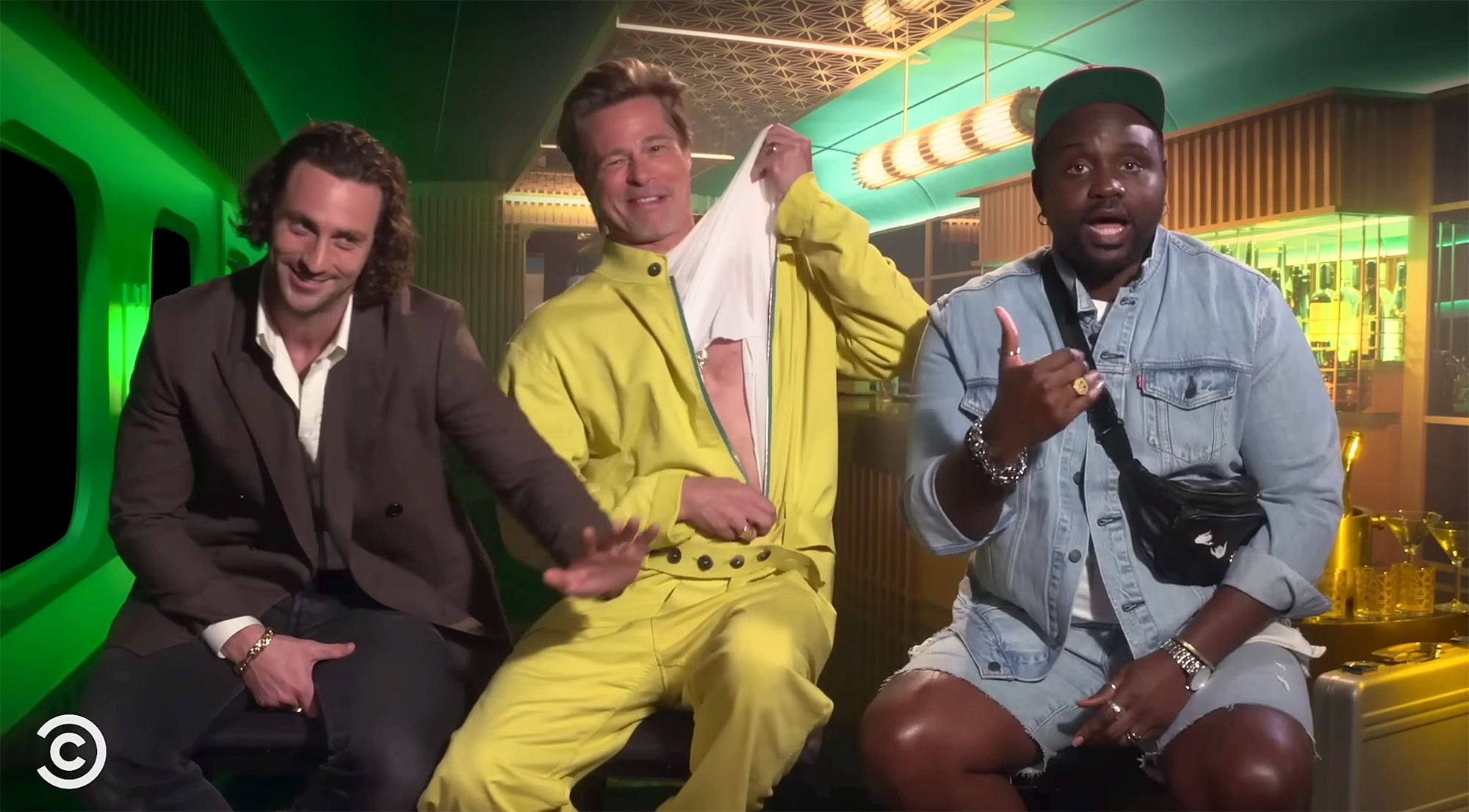 After Pitt, the Avengers: Age of Ultron actor and Henry further disagreed over who was the self-proclaimed leader out of their Bullet Train costars, they agreed that the Oscar winner had more shirtless scenes in his future.

The acting trio costar in Bullet Train, currently in theaters, as three assassins who all find out their missions have something in common while riding on a fast-moving train. Joey King, Sandra Bullock and Bad Bunny (real name Benito Antonio Martínez Ocasio) also star.

“[My character is] definitely the chump of the story, which is really good fun to play,” Pitt told Good Morning America in an interview earlier this month, which was adapted from Kōtarō Isaka’s Maria Beetle novel. “He’s had a bit of therapy, he’s read his self-help book and he’s gonna, like, do things different with these sociopaths.”

He added: “I really enjoy what I do. I just enjoy it more than I ever have. I’m just content with my choices. I walk on set, you know, and I actually had moments where I just, like, [said,] ‘I am so fortunate to be here.’”