Celebrity power proved a compelling drawcard for voters on the Mornington Peninsula, where professional tennis player and media commentator Sam Groth won Nepean back for the Liberal Party and Strictly Ballroom star and Labor candidate Paul Mercurio is in the fight to win Hastings.

With the former Liberal seat of Mornington also falling – to independent Kate Lardner – it’s likely all three peninsula seats will be in new hands the next time state parliament sits.

Nepean was among the first seats called for the Liberal Party on Saturday. Groth was poised to seize the seat from Labor’s Chris Brayne who won the electorate unexpectedly in Labor’s 2018 landslide win.

Groth said he had thrown all his energy at winning back the seat for the Liberal Party throughout most of the year.

“I’ve run a very local campaign in Nepean,” he said. “Basically, since February I’ve applied every day to winning this seat back.”

Groth campaigned on his career as a tennis professional, adopting the slogan “ready to serve”. His promises included a $340 million redevelopment of Rosebud Hospital and $175 million for an overpass at the Mornington Peninsula Freeway at Jetty Road.

Nepean takes in some of the most desirable real estate on the Mornington Peninsula, covering the suburbs of Rye, Blairgowrie, Sorrento and Portsea. 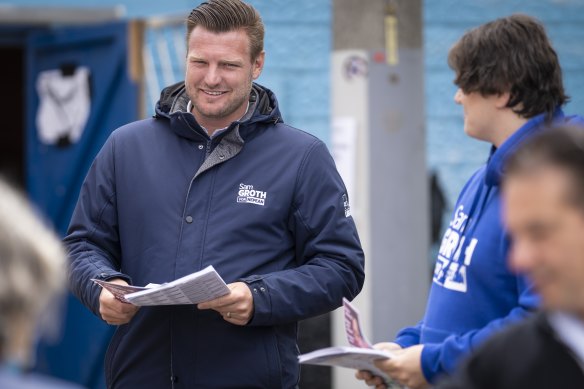 Brayne held the seat by just 0.7 per cent before Saturday’s election, making it one of Labor’s most marginal electorates.

Mercurio said he was proud of the campaign his team ran, insisting it was a positive and clean attempt to get elected.

“We did a great job, win or lose,” he said. “I never went low. I said from the beginning ‘we’re going work with integrity, we’re going to live by example and with our heads held high’.” 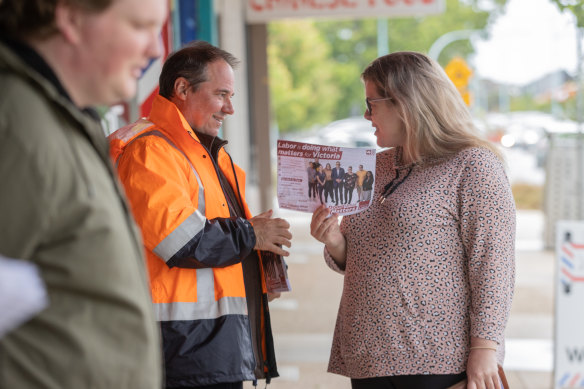 But last night Mercurio said there was still much counting to go and while the early results favoured him, that could change.

“It is close,” he said. “We’re in the middle of the dance and there’s still another act or so to go before the curtain comes down.”

The Tyabb resident had taken leave from his role as a councillor at the Mornington Peninsula Shire to run as a candidate in Hastings.

While on the campaign trail earlier this week, Mercurio said he had been approached by both Liberal and Labor to run in Hastings. However, he said he chose Labor because it had demonstrated a strong support for the arts as well as the rights of women and LGBTQ communities.

Although the Liberals won Hastings with a 1.1 per cent margin in 2018, a boundary redistribution left the seat with a notional Labor margin of 0.01 per cent.

Earlier this week, Hutton said she was starting from behind due to Mercurio’s high profile. But the retirement of the Liberal Hastings MP Neale Burgess meant neither candidate carried the advantage of incumbency into the election.

Nearby, in the seat of Mornington, independent candidate Kate Lardner was on track to win the seat from the Liberal Party.

Liberal candidate Chris Crewther had hoped to resurrect his parliamentary career by running in the seat after losing the federal electorate of Dunkley in 2019.

The looming upset came despite Lardner contracting COVID-19 this week and isolating for the past five days. She continued campaigning from home.

Check out the live results in our data centre here.