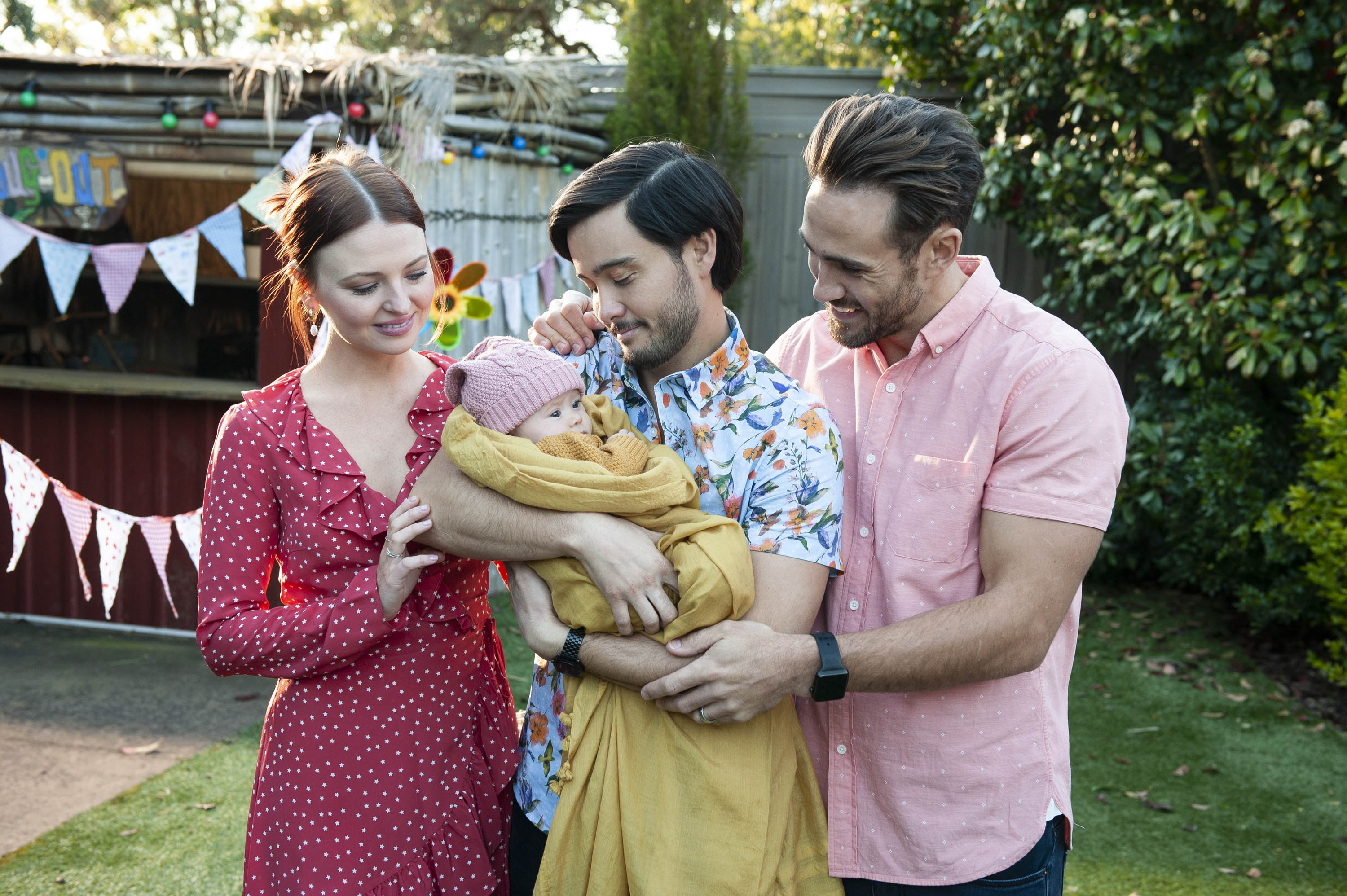 The turbulent times of Number 32 have started to settle down, with the trio having agreed on a parenting strategy. But it is not set to last in Neighbours.

Nicolette (Charlotte Chimes) is set to make a shocking discovery that will up-end the nice little truce they’ve finally managed to put in place. The new dads have been settling nicely into their new routine, with Nic having taken a back seat and the trio even managing to share some lovely moments with a family photoshoot.

But just as they settle their differences, Nic could be set to rip up their agreement when she stumbles across something unimaginable – a camera hidden in Isla’s teddy bear.

She confronts Aaron and David, accusing them of mistrust and spying on her, but they adamantly deny it. They had nothing to do with the spy bear.

Ok, so this just took a sinister turn.

While Nicolette doesn’t buy it for one second, they both protest their innocence. And that means only one thing – if they didn’t do it, someone else did. Who is secretly spying on them and baby Isla?