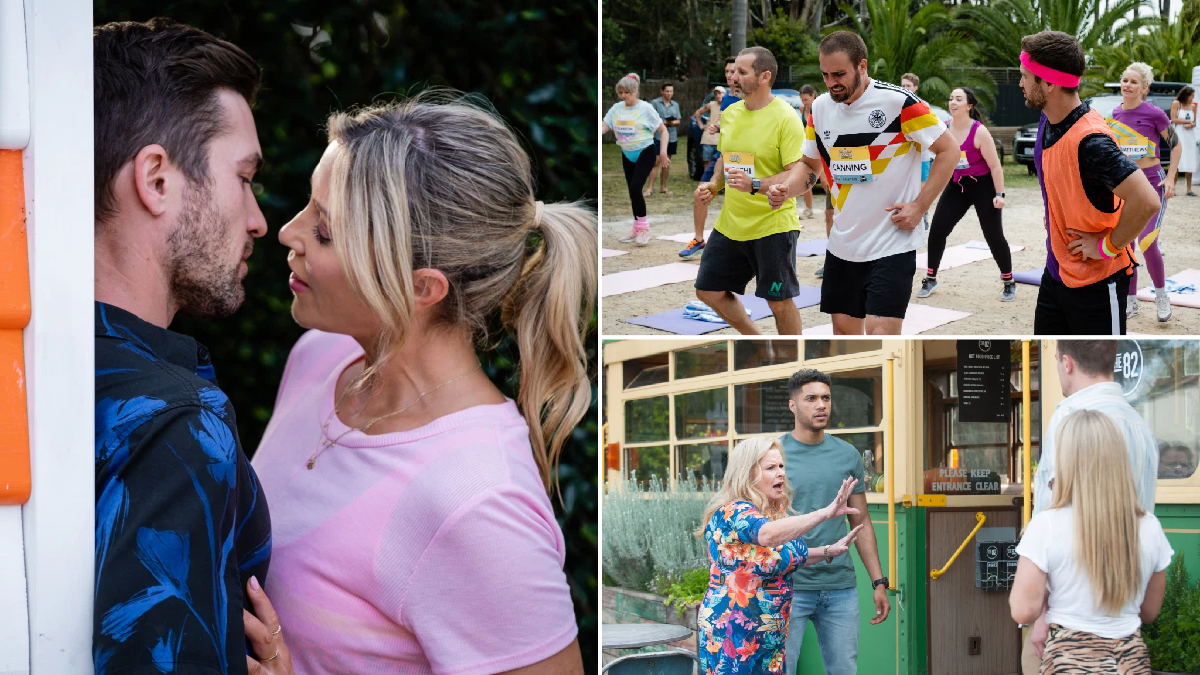 Levi’s (Richie Morris) getting himself in a pickle in this week’s Neighbours when he goes on the hunt for his attackers and puts himself in a very dangerous situation indeed. Much like Toadie, (Ryan Moloney) who thinks it’s a good idea to hide from his girlfriend then tell her she’s stifling him. It’s easy to see which of these two men is likely to come off the most damaged.

Levi needs to shift his focus after losing sight of the joy of life with Bea’s (Bonnie Anderson) departure. But it takes him down a dark path when he attempts to revisit the past. What can of worms is he opening here?

Toadie is feeling like Melanie (Lucinda Cowden) is suffocating him so he pulls some tricks to take a break from her. But will his life be worth living when she discovers what he’s done?

Nothing is ever easy for Chloe (April Rose Pengilly) and Nicolette (Charlotte Chimes), especially when Nic’s jealousy goes off the charts. She does something totally unforgiveable, could this be the end for this couple?

And Roxy (Zima Anderson) and Amy (Jacinta Stapleton) are entering the next phase of their unbridled beef, and now their jobs are at risk. Who will come off as top dog?

Here’s what’s ahead in Neighbours this week.

With Bea gone, Levi’s life has lost all direction. A well-meaning but manipulative Sheila decides to try and keep him busy, but when he works out what she’s up to, he loses it at her for making him feel pathetic. But her actions do make him realise he needs to find a new focus, and he finds himself one that could put him in harm’s way. He accesses the police database and discovers the identity of two mystery people, who turn out to be his childhood attackers. A plan starts to formulate in his mind which has him behaving shiftily, and Kyle picks up on the change.

Concerned for his cousin, Kyle tries to get involved, telling Levi to come to him first before acting. But Levi has no intention of risking being stopped from carrying out his plan. He prints off the police records and mulls over whether or not he should act. After a chat with Nicolette, who tells him not to overthink things and just do them, he goes for it. But what will his attackers have to say about it?

Chloe and Nicolette have never been 100% secure in their relationship, and the return of Pierce is a huge test. But is it one they can survive? Nic picks up on the fact Chloe is acting odd and she starts to worry. Chloe slowly becomes more withdrawn and it dawns on Nic that her lover is feeling conflicted about the return of her ex. When Nic notices Chloe’s wedding album has recently been looked at, her anxiety overtakes her and she lashes out – destroying the entire album. Chloe is devastated to discover what she’s done, especially on today of all days. This is the point Nic realises what an error she’s made – Chloe hasn’t been withdrawing before of Pierce, it’s because it is what would have been Fay’s birthday. She’s grieving.

Nicolette is quite rightly appalled at her own actions and Chloe is now questioning whether she can even rely on her partner in times of crisis. But Hendrix works out what Pierce is up to in driving a wedge between the two women, can he stop his dad from causing more damage?

Amy and Roxy to bury the hatchet

Things are getting a bit out of hand with Amy and Roxy. Roxy is not best pleased that Amy has accused her of theft and now their row has reached Defcon 1. Roxy hits Amy where it hurts with her revelation that she knows her secret about what happened in Cairnes and things descend into chaos, with the two physically at each other’s throats.

As Paul and Terese watch on in horror, they weigh up who to fire. But a strange thaw begins to take place – Roxy shockingly takes partial blame for a fire incident at Lassiters, catching Amy completely off guard. The pair realise they’re not so different after all. Does this mean they’ll finally put their beef behind them?

Paul is still determined to keep Harlow away from Brent and that now means breaking up their long distance relationship. He spots Harlow having a chat with hot Jesse and decides Jesse could be the one to take Harlow’s fancy, something he definitely wants to encourage. Paul plans to get involved – will his scheme work?

The Longest work out kicks off

With Roxy and Amy’s drama rumbling on, the competition ramps up with the Longest Workout. Now those aren’t the only two fighting to be top dog, Karl and Kyle are also at each other’s throats, and Jessie is fighting for Paul’s approval over Harlow. Who will win?

Toadie wants out of relationship

So, Toadie has commitment issues. He’s getting fed up with having Melanie around 24/7, especially as he perceives her as ruining his boy time when all she wants is to be close with her man. She gets in the way of a hang out with Karl, and then a boys night with Kyle, so Toadie decides something has to be done.

Naturally, he makes a pig’s ear of it, leaving Melanie hurt by his attempts to avoid her instead of just being honest. Susan feels bad for her and tries to get involved, offering to spend some bonding time with her while Toadie hangs out with Karl. But both outings end up end up in the pooper.

Amy makes a move on Ned

Thinking the newly single Ned has the hots for her, Amy decides to go for it. Why not?

She has nothing to lose. Except her dignity – she goes in for the kiss, but is shocked to learn he might not even be into her. Has she made a fool of herself big time?