It took writer and political analyst Sisonke Msimang about five years to really stop and breathe after she moved to Perth from South Africa.

The author of Always Another Country and The Resurrection of Winnie Mandela said Perth, despite being a big city in size and infrastructure, had somehow retained a small-city feel compared to the wild-eyed hustle of Johannesburg. 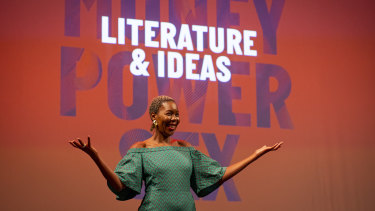 Sisonke Msimang has held fellowships at Yale University, the Aspen Institute and the University of the Witwatersrand in Johannesburg, and has contributed to publications such as The Guardian, New York Times and Al Jazeera. She now lives in Perth, where she is head of oral storytelling at the Centre for Stories.Credit:Jessica Wyld

People seemed strangely friendly and asked a lot of questions. It was a bit confusing, until she finally twigged.

“People are genuinely interested in who you are and why you’re here,” she said.

“Perth knows who we are and who we are not: not the east coast, not a big city, and not in a rush.”

Who Perth people are, what they like and what they need has been top of mind for Msimang since she was asked to curate the 2020 Literature and Ideas Festival, the writers festival taking place within Perth Festival.

And she’s noticed that while Perth might be comparatively protected from the world, even this city could not be insulated from the whirlwind that was 2019.

“We are living in a moment when people are really sped up,” she told WAtoday ahead of Thursday night’s program launch.

“If things were already fast, 2019 was really a headspin.”

There were plenty of existing pluses with the Perth festival – including a loyal, engaged audience and a vibrant central hub around the University of WA’s University Club, giving the venues a distinctive vibe.

But having attended numerous such festivals here and around the world, in recent years she had noticed common faults: overwhelming programs, no time to reflect between events, and a pressure to pack as much in as possible. 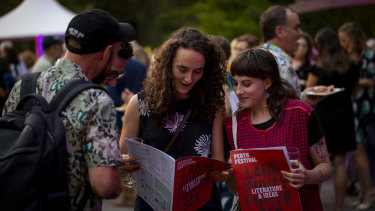 Her idea was simple but radical: slow it down. Sessions lasting an hour instead of 45 minutes. Breaks lasting 30 minutes instead of 15. Panels featuring two or three writers instead of 4-5.

The idea is that each session will allow for a deeper conversation, and maybe even questions at the end won't have to be dropped as they so often are.

Each break will accommodate not a hasty bathroom trip but also give you a chance to grab a coffee or chat to the person next to you about what you saw or are about to see.

Small panels will allow members to have their say, address questions and go down enticing rabbit holes.

The flipside, of course, of any “less is more” approach is that sacrifices are made. The event cannot be spread over more days due to financial constraints, so the overall number of writers appearing is reduced.

But the list of headliners would seem to prove a limitation can also be a strength, with Thursday night’s launch revealing a list stacked with impressive international, national and local names.

One can hardly find a bigger headliner than Neil Gaiman, whose works include The Sandman comics and novels Coraline, American Gods (televised by Netflix) and Good Omens (co-authored by Sir Terry Pratchett and televised by Amazon Prime), who will be telling his life stories at Perth Concert Hall.

Bruce Pascoe, whose book Dark Emu has been read by more than 100,000 Australians and is being adapted by ABC TV, is appearing in an opening event that sold out faster than any other in the wider Perth Festival. 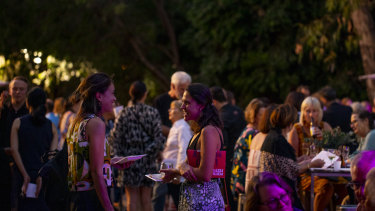 Each was handpicked for how their works speak to the festival’s theme of Land, Money, Power, Sex, and paired carefully with others for events that promise to push the boundaries in exploring those themes, with the result that many remarked to Msimang it was their most personalised, thoughtful festival invitation in years.

Look out for our companion story coming soon, detailing the must-see highlights of this year’s program (here), but don’t forget: slow down, and take it easy.