Sibling rivalry lasts a lifetime! Quarter of adults still compete with brothers and sisters over career goals, being a home owner and who is the favourite child, study reveals

Most people are no strangers to a little bit of sibling rivalry, but it has now been revealed that competition in families can last well into adulthood.

Researchers have revealed a quarter of adults still argue with their brother or sister, with 26 per cent per cent of Brits maintaining a competitive relationship with their siblings over their career, while 22 per cent fight over being a home owner.

In a poll of 2,000 adults, more than one in five still fight about who is the favourite child, while another 20 per cent try to outdo their brother or sister over their cooking skills.

The research also revealed that older siblings are the most competitive, but also the most successful, with sisters being more competitive than brothers.

Researchers have revealed a quarter of adults still argue and compete with their brother or sister, with 51 per cent of Brits maintaining a competitive relationship with their siblings (pictured, Prince William and Prince Harry)

Holiday destinations, parenting skills, and who drives the best car are also among the areas that bring out competitiveness among siblings.

It also emerged that one in five, 17 per cent, admitted they had felt a rivalry with their siblings at every stage of their lives.

And as grown-ups, 43 per cent believe this is heightened during special occasions such as Mother’s Day and birthdays, as they compete to get the best gifts or arrange the best celebrations.

And 15 per cent have been so determined to compete with their siblings that they have been motivated to have a more successful career than them – with 23 per cent actually achieving this goal. 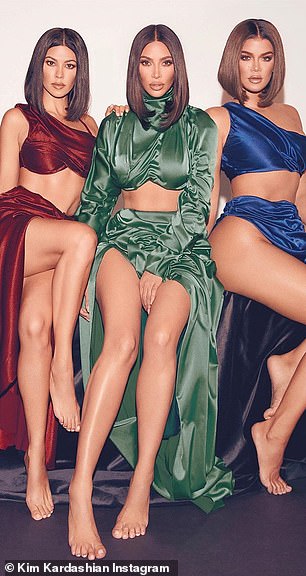 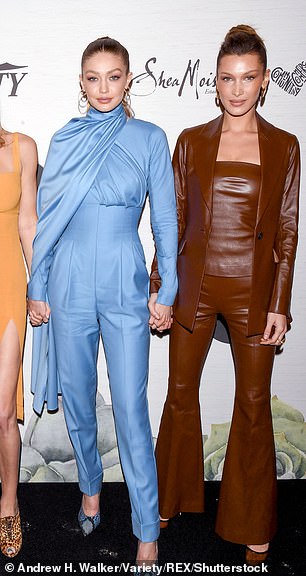 The research also revealed that older siblings are the most competitive, but also the most successful, with sisters being more competitive than brothers (pictured left, Kim, Khloe and Kourtney Kardashian, who often aired their grievances with one another on Keeping Up With the Kardashians, and right, supermodel sisters Gigi and Bella Hadid)

The study also found that siblings tend to argue twice a month on average, including over politics, what to watch on TV, and who is the favourite child.

A third even said an argument has led to a period of silence between the siblings.

FROM CAREER SUCCESS TO WHO HAS THE BEST CAR: THE TOP 10 AREAS SIBLINGS ARE COMPETITIVE IN

2. Housing success – who bought their house first, who has the biggest house

3. Who is the favourite ‘child’

7. Who drives the best car

8. Who got the best grades at school

9. Impressing our parents with gifts

But a quarter believe rivalry is healthy for any sibling relationship, while nearly two in 10 of those polled said it has spurred them on to do better things in life.

Celebrities and royals including Prince William and Prince Harry have previously spoken of their sibling rivalry.

In an interview in 2013, the Duke of Cambridge confessed he envied his younger brother flying helicopters on the frontline while the Duke of Sussex envied  William for his satisfying job and cosy family set-up.

In an honest interview conducted before then 28-year-old Prince Harry flew back to Britain after a 20-week tour of Afghanistan, he shed light on his relationship with his brother.

Speaking of William, Prince Harry, who has just finished his second deployment in Afghanistan, where he was a co-pilot gunner in Apache helicopters, said: ‘I think there is a bit of jealousy, not just the fact that I get to fly this, but obviously he’d love to be out here.’

Meanwhile Kim, Khloe and Kourtney Kardashian have often aired their grievances with one another on Keeping Up With The Kardashians.

The poll was commissioned by NOW to launch season three of Succession on October 18th, with the streaming service joining forces with Edinburgh club Hearts F.C to celebrate the fictional takeover of the team in the series.

Jamie Schwartz, from NOW said: ‘Sibling rivalry never goes away, with many of us competing with our brothers or sisters long after we have left home.

‘It’s great to see this rivalry taken to a whole new level in the best show on TV.’ 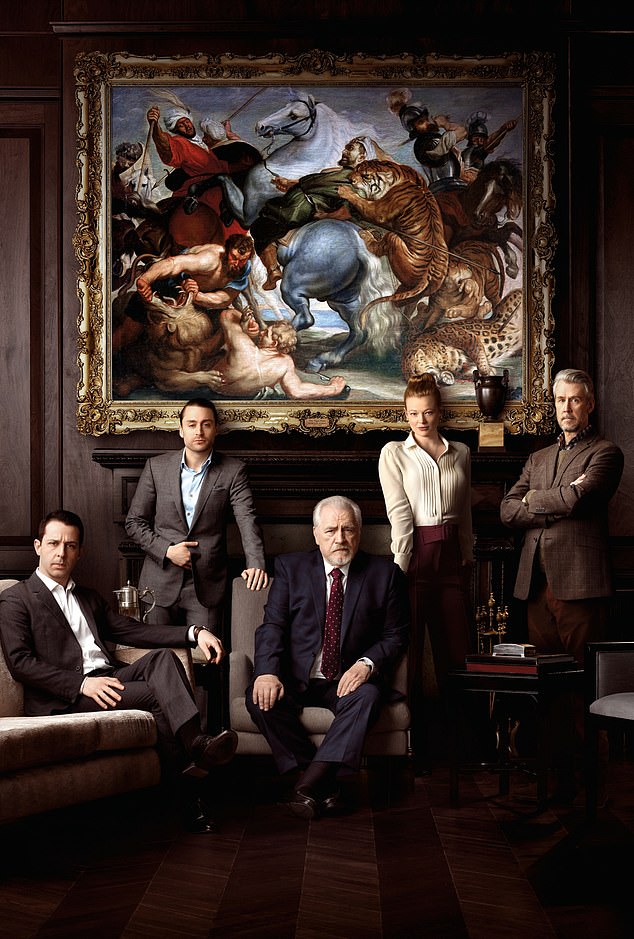 He bought Hearts F.C. instead of Scottish rivals Hibs F.C – and the gift spectacularly backfired.

It comes as HBO’s Succession returned to screens, with fans coming back in droves for its biggest viewership to date.

HBO revealed on Monday that 1.4 million viewers watched the show across all platforms, a new record for the show, according to Variety.

It was also the best premiere night performance for any HBO original series since the launch of HBO Max in May 2020.