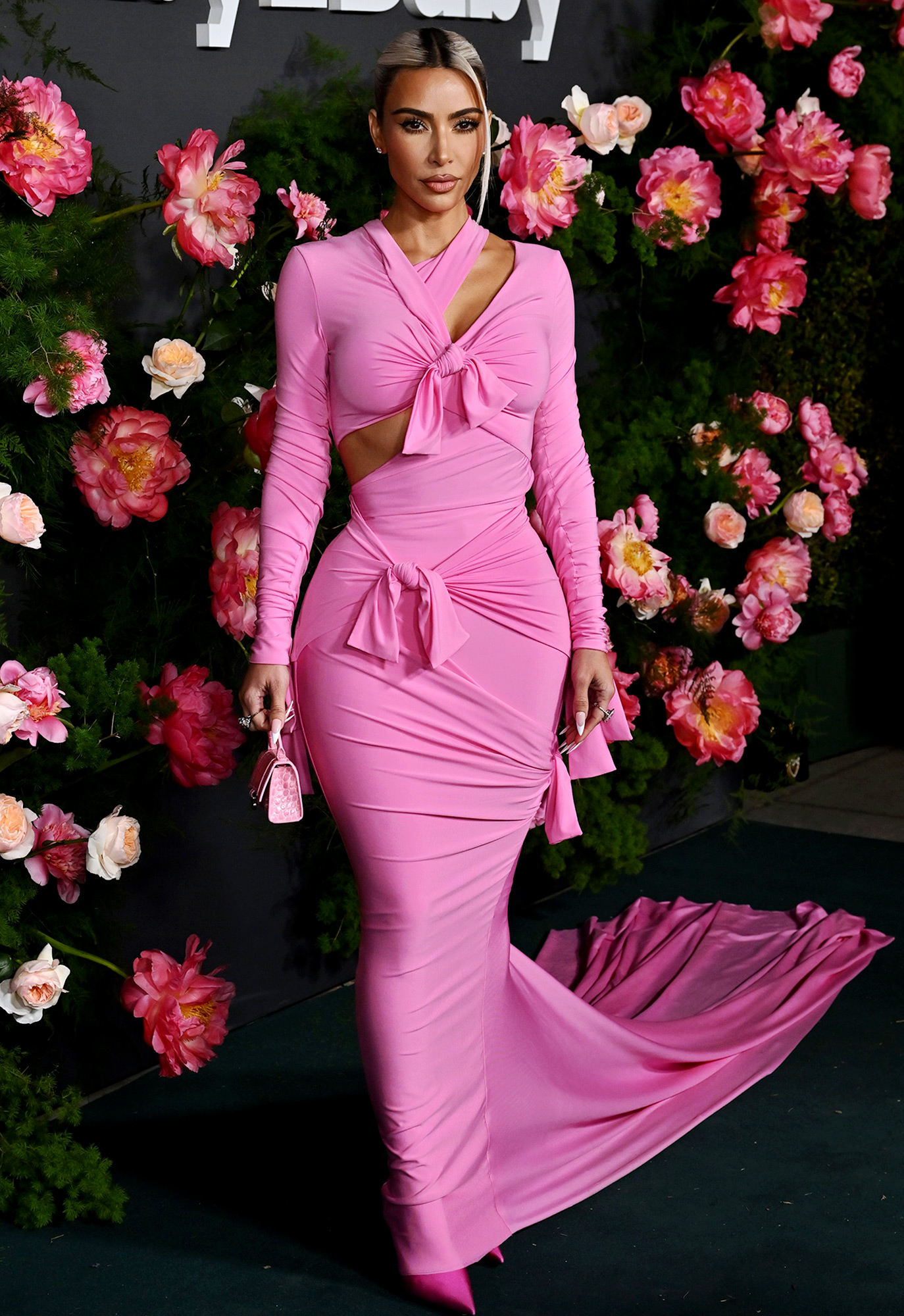 Kim Kardashian is beginning to look a lot like Christmas! The reality star was transformed into the Grinch by her daughter, North West.

In a video posted via TikTok on Monday, November 21, the 9-year-old showed off her makeup skills, using the Skims founder, 42, as a canvas. North started the look off with foundation as a base before going in with sage green eyeshadow. The little beauty guru then used a darker shade to portray the fictional character’s famous wrinkles. North added yellow shadows to create depth.

Next, the daughter of Kanye West added a wing design at Kardashian’s eye and finished the look with a grassy-colored gloss. The Selfish author later changed into a silk green top to complete the festive transformation.

“Mommy grinch,” read the caption of the video, which was shared to Kardashian and North’s joint social media account.

This wouldn’t be the first time North gave her mom a major makeover. In a TikTok video shared on the platform in July, North turned the reality star into a Minion. To create the yellow creature’s signature glow, the middle schooler used gold face paint and painted black circles around Kardashian’s glasses to look like glasses.

That same month, Kardashian revealed her eldest daughter is really “into” over-the-top makeup.

“She’s really good at it. I have a teacher come and show her special effects makeup — where it’s like wounds and blood and tons of stuff,” the California native said in an interview with Allure.

Makeup isn’t North’s only skill. She is also a comedian in the making.

Earlier in November, she poked fun at Kardashian’s memorable caution tape catsuit by Balenciaga. She took to TikTok, sharing a video of herself inside the Hulu star’s closet, wearing a platinum blonde wig — a nod to the SKKN by Kim founder’s current icy tresses. North paired the hair with oversized sunglasses and a black T-shirt that was draped with Balenciaga wrapping.

Kim Kardashian and Kanye West’s Sweetest Moments With Their Kids

Kardashian famously wore the getup to the fashion house’s winter 2022 show during Paris Fashion Week in March. At the time, the former E! Star had just been named the label’s newest ambassador.

As North danced around in the ensemble an audio of Kardashian’s funniest sayings from Keeping Up with the Kardashians played in the background. “Hi, I’m Kim Kardashian West,” the businesswoman’s daughter mouthed while holding up a Skims bodysuit and jumping around.