Rosie Huntington-Whiteley was ‘humbled’ by struggle to lose baby weight

Even Rosie Huntington-Whiteley compares herself to others on social media

Rosie Huntington-Whiteley has food all over her coat

Rosie Huntington-Whiteley is getting ready to be a mom again.

The 34-year-old model announced via Instagram on Thursday that she’s pregnant with her second child with fiancé Jason Statham with a carousel of photos that conspicuously ended with a snap of her in a tight white dress showing off her baby bump.

Huntington-Whiteley and Statham are already parents to a 4-year-old son, Jack Oscar.

She admitted in December 2019 that having to lose weight after welcoming Jack was “humbling” after gaining “around 55 pounds” while pregnant.

“I gained a reasonable amount of weight,” she told Ashley Graham on an episode of Graham’s podcast “Pretty Big Deal.” 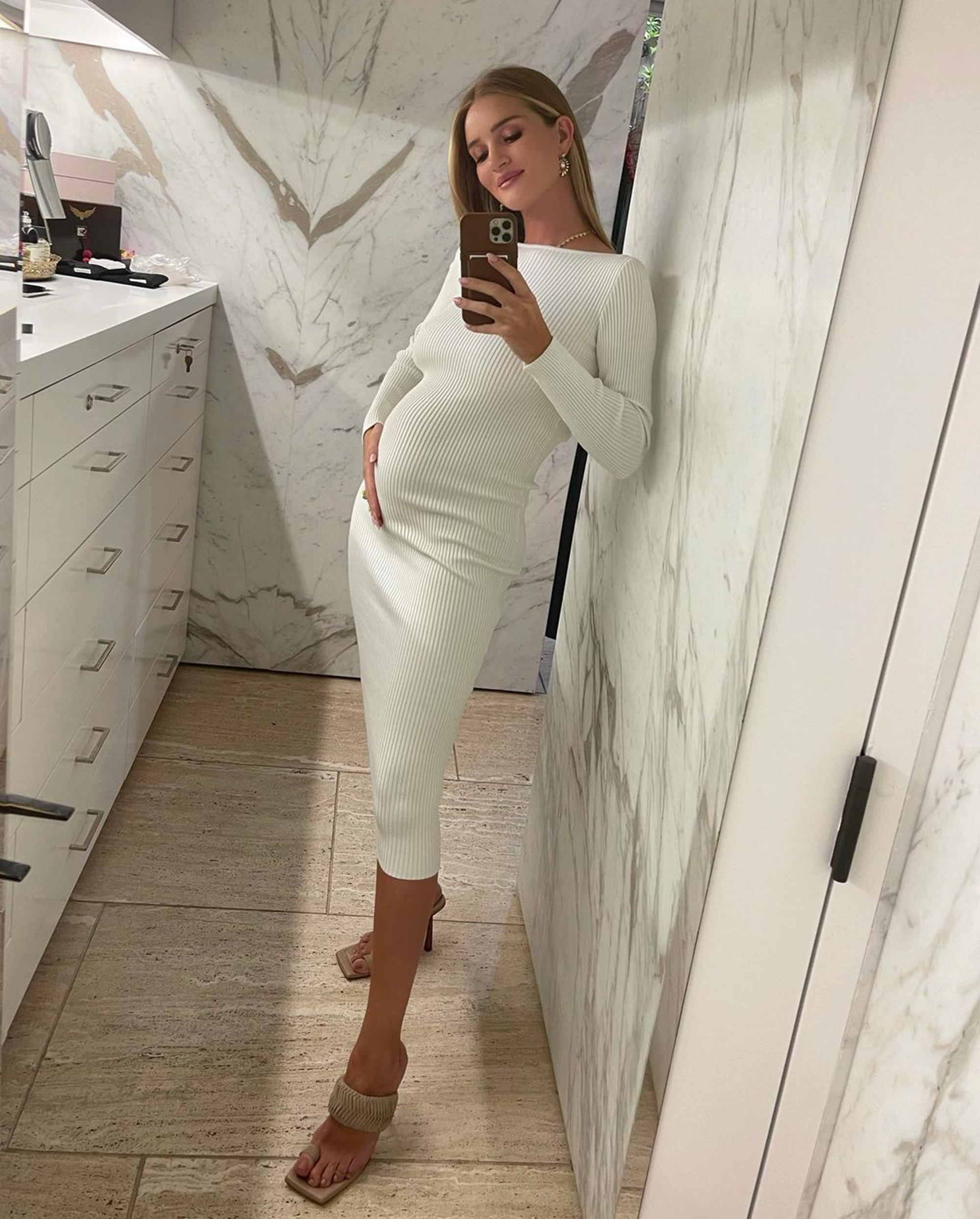 She confessed that dropping the weight wasn’t as easy as she thought it would be despite her numerous gym sessions.

“I will say working out in the gym and looking back at myself and feeling like s–t, I was like, ‘Now I understand how hard it is for some people to get to the gym,’” she explained.

Huntington-Whiteley and Statham, 54, have been together since 2010, getting engaged in January 2016. The couple has gained a reputation as one of Hollywood’s most low-key; Statham joked to Esquire in 2015 that he and Huntington-Whitley opt to “get drunk and float around the swimming pool” rather than hit the town.