RICHARD LITTLEJOHN: Labour’s Deputy Tom Watson championed the cause of fantasist ‘Nick’ – the malignant mud-slinger behind a vicious vendetta. Now put HIM in the dock as well

One prominent individual was conspicuous by his absence when the paedophile con-artist formerly known only as ‘Nick’ was convicted at Newcastle Crown Court of perverting the course of justice by making false and malicious allegations of sex crimes and murder against a series of high-profile public figures.

We would never have heard of the man whose real name is Carl Beech had it not been for Labour’s deputy leader Tom Watson, the self-appointed Nonce Finder General. I have maintained all along that Watson should have been in the dock alongside Beech.

Seven years ago he embarked on a vicious vendetta, smearing Conservative politicians and other Establishment figures as kiddie-fiddlers and serial rapists, without a single shred of hard evidence.

Watson was Beech’s enabler and cheerleader, using this evil fantasist’s farrago of fabrications as a nuclear weapon in his seek-and-destroy mission, defaming leading Tories by accusing them of some of the most disgusting crimes imaginable. 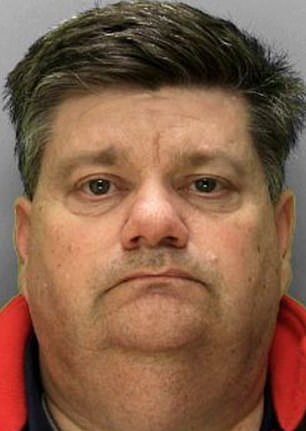 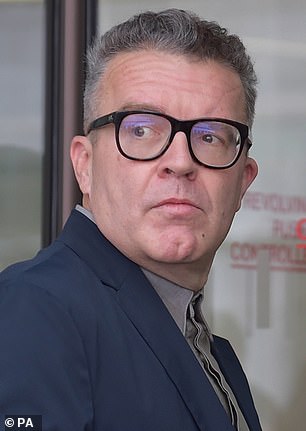 Watson (right) was Beech’s (left) enabler and cheerleader, using this evil fantasist’s farrago of fabrications as a nuclear weapon in his seek-and-destroy mission, defaming leading Tories by accusing them of some of the most disgusting crimes imaginable

His disgraceful behaviour has ruined the lives of distinguished public servants and their families. Watson’s victims included not just former Tory treasurer Lord McAlpine but ex-Home Secretary Leon Brittan and the war hero Lord Bramall, ex-head of the Armed Forces.

In 2012, two years before he discovered ‘Nick’, Watson hid behind Parliamentary privilege to claim there was a ‘powerful paedophile network linked to Parliament and No 10’.

Watson made wild, unsubstantiated allegations of sex abuse at a North Wales children’s home, which sparked a media frenzy and emboldened soppy Sally Bercow, the Speaker’s wife, to name Lord McAlpine on Twitter as one of the guilty men. 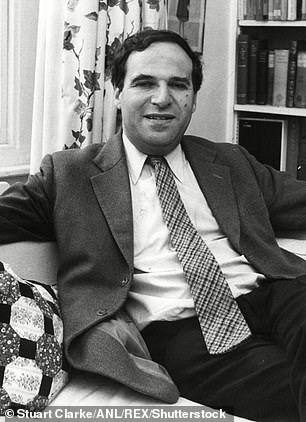 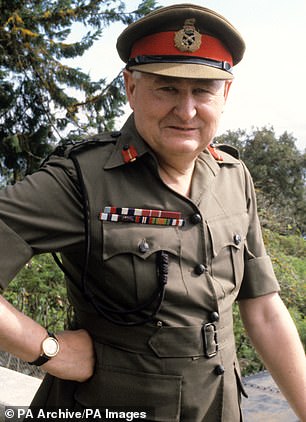 McAlpine was wholly innocent and successfully sought redress for defamation from Bercow and broadcasters stupid enough to repeat and embellish these false allegations.

He was not in the best of health when these vile accusations surfaced and died just over a year later. Who can tell whether this disgraceful assault on his reputation hastened his death?

While Watson hadn’t named McAlpine, he might just as well have led a torch-lit procession along Whitehall, burning effigies of top Tories. 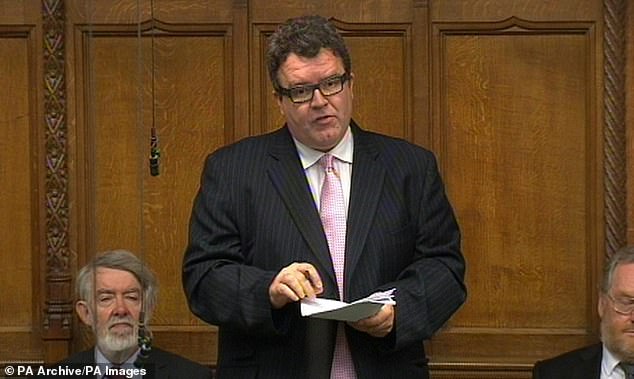 In 2012, two years before he discovered ‘Nick’, Watson hid behind Parliamentary privilege to claim there was a ‘powerful paedophile network linked to Parliament and No 10’

That’s why I dubbed him The Nonce Finder General.

The McAlpine scandal didn’t, however, give him pause for thought. Soon he was back in the saddle, flaming torch in hand, widening the scope of his Inquisition.

Watson wrote to the then Prime Minister David Cameron, suggesting that organised abuse of children may have taken place in Downing Street during the Thatcher years.

Menacingly, he charged that anyone counselling caution about these claims was a ‘friend of the paedophile’.

It was a classic case of trying to attribute guilt by association.

When Nick fell into his lap in 2014, Watson worked closely with a so-called (now discredited and defunct) ‘news’ agency, one of whose reporters conveniently showed Nick pictures of prominent figures to help him identify his ‘abusers’. 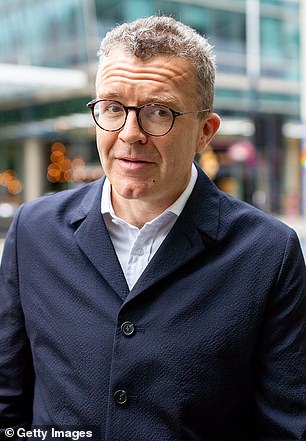 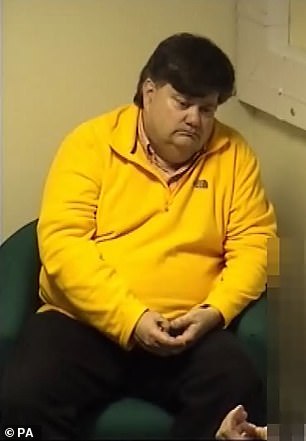 Watson (left) wrote to the then Prime Minister David Cameron, suggesting that organised abuse of children may have taken place in Downing Street during the Thatcher years. Pictured right: Carl Beech

Watson badgered the police and the Crown Prosecution Service to investigate. Brittan and others had their homes raided and were interviewed under caution, though never charged.

According to the Labour-supporting Sunday Mirror, Watson said he had been in contact with someone who alleged a former ‘top minister in Margaret Thatcher’s government’ had ‘regularly abused boys’. After Brittan died, without his name having been cleared (even though Scotland Yard had concluded months earlier that he was entirely innocent), Watson continued to repeat allegations that the former Home Secretary was guilty of multiple child rapes.

He also claimed to have spoken to a man and a woman who said they had been raped by Brittan. My suspicions were aroused when it was revealed that the woman in question was a Labour activist with mental health problems.

At one stage the Yard, still smarting from their failure to nick Jimmy Savile while he was still alive, appeared to be taking their marching orders directly from Watson. Under the Home Secretary Theresa May’s favourite Plod, Commissioner Bernard Hyphen-Howe, the police set up the heavy-handed, over-zealous, ruinously expensive Operation Midland, which mounted dawn raids, dragged the reputations of innocent men through the mud and left their families distraught.

Midland was eventually wound up ignominiously without a single arrest being made.

The Met even declared that the most lurid, and indeed ludicrous, allegations were both ‘credible and true’ — despite Nick’s claims being a pack of lies.

This shameful miscarriage of justice was egged on by a credulous Mother Theresa herself. She pronounced Watson’s allegations as ‘just the tip of the iceberg’ and ordered a full-scale Paedos In High Places public inquiry be established. This is still lumbering on and could last for many more years, costing at least £100 million.

In the process, innocent civilians became collateral damage — none more so than a young couple who had the misfortune to live in the same property as former Tory MP Harvey Proctor, another Conservative figure who found himself in the frame. During a police raid on Proctor, they were told that if they didn’t vacate the premises immediately, their three-month old daughter would be taken into care. The Old Bill had even taken along a social worker with a child’s car seat. 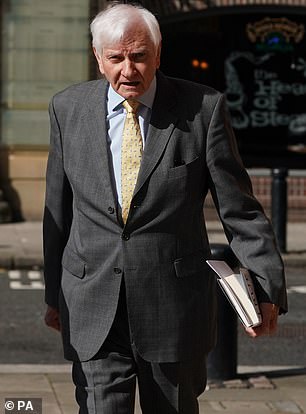 innocent civilians became collateral damage — none more so than a young couple who had the misfortune to live in the same property as former Tory MP Harvey Proctor (pictured). During a police raid on Proctor, they were told that if they didn’t vacate the premises immediately, their three-month old daughter would be taken into care

I’m not going to name them again, because they’ve suffered enough. But everyone involved in this witch hunt should be thoroughly ashamed of themselves.

All of this madness, all this tyranny, all this outrageous abuse of police power, all this waste of taxpayers’ money, all this misery inflicted on blameless men and their families, can be laid at the door of Watson. Yet the man himself has never been called to account, and even after yesterday’s verdict on Nick, remains shamelessly unrepentant.

Incredibly, he is now being touted in the political world as the saviour of the Labour Party, a voice of moderation prepared to take on Jeremy Corbyn and his cohort of anti-Semites.

Ever since Watson shed an entire forest of timber and bought a new wardrobe — something which, I’m told, generally happens when formerly married men take up with a woman half their age — some sections of the media have been carrying laudatory profiles of him, apparently oblivious to his previous.

His opportunist public criticism of Labour’s endemic anti-Semitism is at odds with the fact that Leon Brittan, one of his principal targets, was one of this country’s most prominent Jewish politicians.

And he seems not to have been troubled by the fact that the false allegations against Brittan first surfaced in the 1980s and were discredited by none other than Left-wing investigative journalist Paul Foot, who maintained they were motivated by, er, anti-Semitism in the security services.

Then there was Watson’s bromance with anti-Press campaigner Max Mosley, son of Fascist leader Oswald Mosley, who gave Watson a £540,000 donation — money Watson refused to return even after the Mail exposed his benefactor’s dubious, racist past. 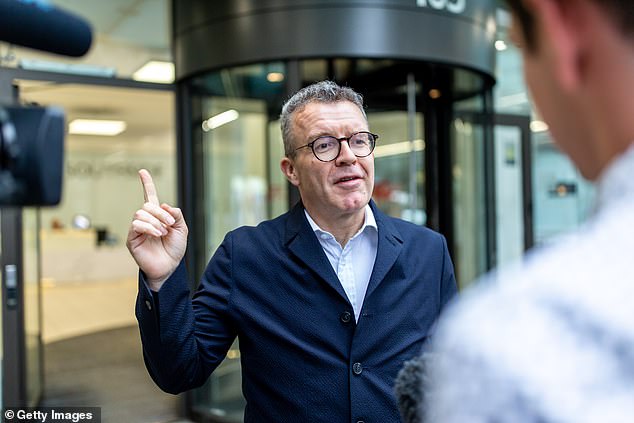 Ever since Watson (pictured) shed an entire forest of timber and bought a new wardrobe — something which, I’m told, generally happens when formerly married men take up with a woman half their age — some sections of the media have been carrying laudatory profiles of him, apparently oblivious to his previous

This is also a man who wants to shackle our Free Press, bringing it under State control, yet has no compunction about using his own position and Parliamentary privilege to peddle false allegations of hideous crimes against his political opponents.

It’s also forgotten — or conveniently overlooked — that while Watson refuses to accept the legitimate result of the EU referendum in which ‘only’ 52 per cent voted Leave (and is leading demands for a second People’s Vote), he was elected as Labour’s deputy leader with just a cigarette paper-slim 50.7 per cent share of the vote.

I haven’t heard anyone suggesting that particular vote should be re-run, least of all Watson himself.

So we can add ocean-going hypocrite to the list of charges against him.

All this explains why, unlike the Boys In The Bubble, I’m not buying in to the reinvention and sanitisation of slimline Tommy Watson, the previously obese MP who once spent so much of his parliamentary expenses on food at Marks & Sparks they gave him a free pizza wheel.

I stand by my earlier assessment of Watson as mad, bad and dangerous, a malignant mud-slinger, utterly unfit for high office, who conspired to exploit a fantasist to promote his ghastly politically-motivated crusade.

We now know that ‘Nick’, aka Carl Beech, is himself a serial paedophile, guilty of the very crimes which he falsely accused other, innocent men of committing.

Of course, the great irony in all this is that the one nonce the Nonce Finder General failed to expose was Nick the Nonce, sitting right under his nose.