A show of support. Despite Kenya Moore’s past drama with former Real Housewives of Atlanta costar NeNe Leakes, she still felt it was important to attend Gregg Leakes‘ memorial service.

“I was there to support,” Moore, 50, told Entertainment Tonight on Wednesday, September 8. “Gregg never, ever treated me any differently whether I was feuding with NeNe or not. And for that, I respected him so much, and he was just a kind, gentle, caring, supportive man, and she was really lucky to have him.” 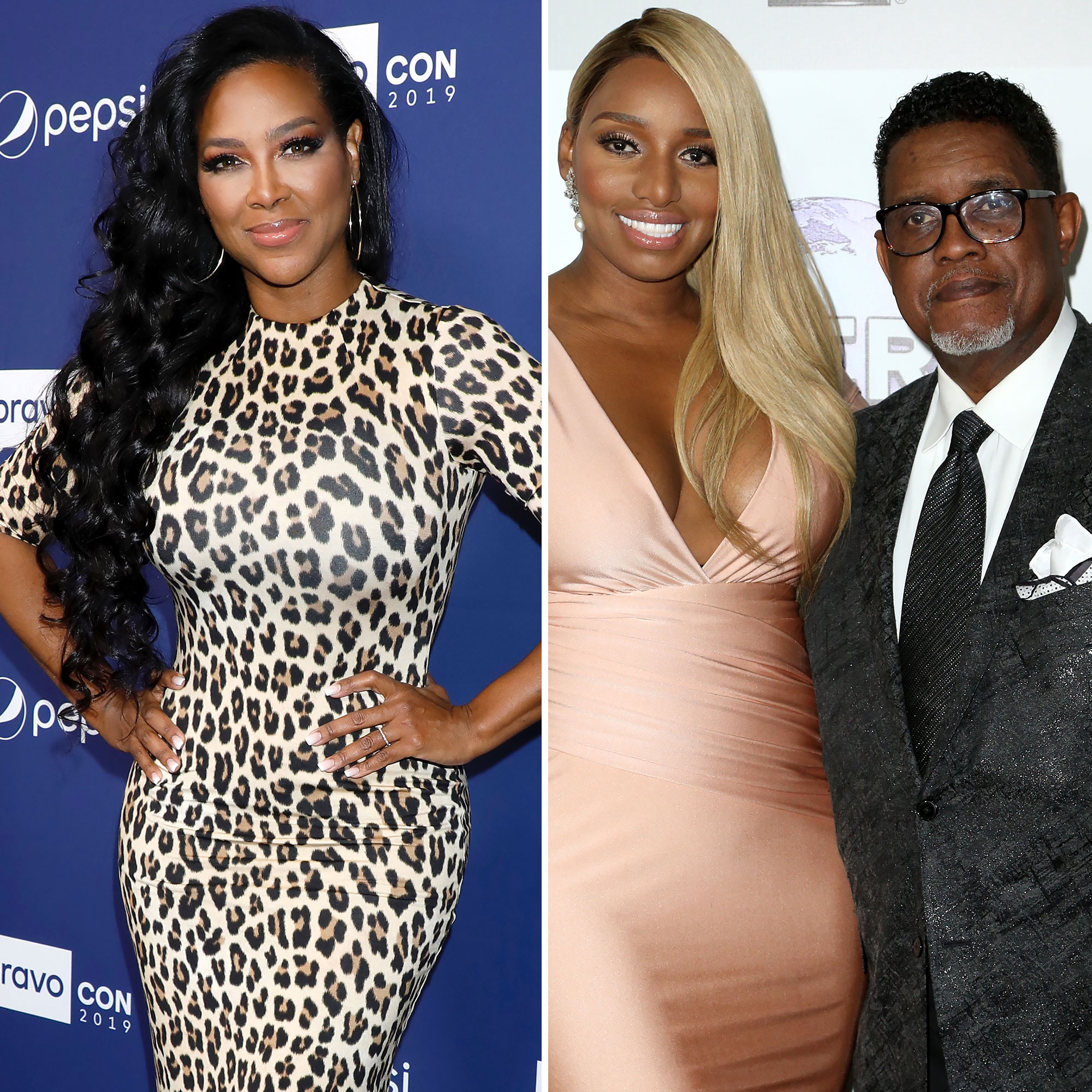 The Dancing With the Stars contestant added, “Honestly, he is one of the nicest men I ever met in my life. To be there was a no-brainer.”

Moore noted that she flew into Atlanta for the memorial service last week.

“I flew in for the memorial, the repass,” she told the outlet. “I think it was everything [NeNe] probably wanted it to be because people were happy, and I think he would’ve wanted people to be happy because his life was so full and so beautiful and he was such a great person. So even though it was hard for me to be there, it seemed like she got what she wanted, for people to smile, and I think he would’ve been happy about that.”

The Glee alum, 53, previously hosted a celebration of life for her late husband one week after his death at her Linnethia Lounge on Monday, September 6. Several of her former RHOA costars, including Moore, Lisa Wu, Phaedra Parks, Marlo Hampton, Porsha Williams and Eva Marcille, attended.

“Today we celebrate you Gregg with love, just the way you wanted it💔,” NeNe captioned an Instagram post earlier that day, alongside a throwback photo of the couple.

Us Weekly previously confirmed that Gregg died on September 1 after his battle with stage III colon cancer. He was 66.

“Today the Leakes family is in deep pain with a broken heart,” NeNe’s publicist said in a statement at the time. “After a long battle with cancer, Gregg Leakes has passed away peacefully in his home surrounded by all of his children, very close loved ones and wife Nene Leakes. We ask that you pray for peace and strength over their family & allow them to mourn in private during this very very difficult time.”

“I am heartbroken over the passing of Gregg Leakes, a wonderful man,” Housewives producer Andy Cohen tweeted at the time. “I jokingly called him ‘Pastor Leakes’ but in truth he was a strong voice of reason & commanded great respect among the entire #RHOA team.  I am sending love and strength to @neneleakes & the entire Leakes family.”

“Heartbroken💔 So many good times & so many amazing memories,” Bailey, 54, tweeted. “Gregg was always so loving, funny & kind. So blessed to have had him in my life. Sending my heartfelt condolences to @NeNeLeakes and her family. Thinking of you & my heart and prayers are with you.🙏🏽❤️🙏🏽.”